Share All sharing options for: BCS Breakdown 2008 V1.5 (Times They are A-Changin' Edition) 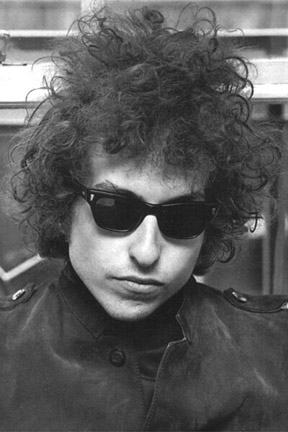 "Come gather 'round people
Wherever you roam
And admit that the waters
Around you have grown
And accept it that soon
You'll be drenched to the bone.
If your time to you
Is worth savin'
Then you better start swimmin'
Or you'll sink like a stone

At this point, it's becoming obvious that the waters have grown around me (meaning that the average standard deviation is well below my prediction, based on the past five years or so).  I'd better start swimming (adjust my model) before I sink like a stone (lose credibility... yeah right).  For the times they are a-changin'.

More prophetic deciphering after the break...

Also, be sure to check out PB's take on the Muschamp hire below.

"Come writers and critics
Who prophesize with your pen
And keep your eyes wide
The chance won't come again
And don't speak too soon
For the wheel's still in spin
And there's no tellin' who
That it's namin'.*
For the loser now
Will be later to win

*subtle Muschamp reference in there.

What the hell is going on this year?  It seems like everyone beyond 10th or so is either totally agreed upon or utterly disputed.  It would appear that either some of the computers have modified their algorithms or the season is just shaking out in a way that makes it easy for the computers to agree.  I say this because one big reason for the general polarization of the bottom half of the graph is that the computers (6 of 8 polls, here) are pretty much in agreement, even far down the list.  #16 TCU, for example, gets 2 16's, a 19, and 3 14's.  That's very good for being in a rank that's right at the maximum standard deviation on average.  I will adjust the predictive model at the end of the season, as usual, but some change may be in order with a longer look at the season data.  Something to look forward to, I guess, in the doldrums that are the offseason.

Side Note: I'm also planning on finding a way to make this graph easier to read.  I hear your voice, whills, I just don't have the answers you seek.

Alabama:  You're going down in the SEC Steel Cage Rumble 2 Tha DETH!!!1!  Alabama is an example of impeccable schedule timing.  They got Clemson and Georgia early, before anyone noticed that they sucked, and then they rode through a mysteriously challenge-free SEC schedule.  I'm convinced they're Gator Bait, as Saban's return to Death Valley seemed like a contest of who wanted to give it away more, Jarrett Lee or Alabama's defense.  Jarrett Lee just proved that there is no competition he can't win, unless that competition is an important football game.

LSU: There really is no excuse for a Texas high school QB to play that badly.  I want to talk to the QB coach.  Also, stop overrating the Tigers.  They're a horrible team.

Pittsburgh: It's freaking Pittsburgh, people!  What do you expect?  Wannstache likely will get to stay another year for this, though.

North Carolina & Miami (FL): The ACC can get computer love, but will never get any human respect playing like this.  Do I care about your tiebreaker scenarios when all of your teams are 7-3?  Come back when you have three top five teams in one division... or one.

"Come senators, congressmen
Please heed the call
Don't stand in the doorway
Don't block up the hall
For he that gets hurt
Will be he who has stalled
There's a battle outside
And it is ragin'.
It'll soon shake your windows
And rattle your walls

"Come mothers and fathers
Throughout the land
And don't criticize
What you can't understand
Your sons and your daughters
Are beyond your command
Your old road is
Rapidly agin'.
Please get out of the new one
If you can't lend your hand

I don't know if Bob Dylan is telling me not to criticize poor RB, or if he's saying that RB doesn't understand college football and needs to get out of the freaking polls... oh wait, yes I do...

Again with the madness.  This guy is non-stop.  It is an absolute joke that this guy gets to help decide who will play for the national championship, and it's cruel to the non-BCS teams that are trying to break the bank that Billingsley starts them off ranked where they finished last year.  RB is high on  USC (#4!), Ohio State, LSU (#15, although Sagarin agrees with him somehow).  He's down on Utah.  Scratch your head about that one for a minute.

A Closing Remark on the Big 12 South:

For the times they are a-changin'.

*Scroll way the F- down.