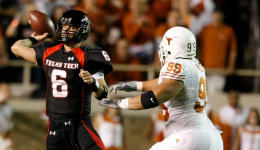 ESPN's Tim Griffin believe that Michael Crabtree's touchdown (yes, you know the one) was the greatest play in the history of the Big 12. He also hands out stickers for good behavior. Sorry, I meant good play.

ESPNU's Ivan Maisel thinks this game legitimized Tech on the national scene. Mack Brown wishes that Texas could have run more time off the clock.

"I was proud of our guys because we didn't play consistently well tonight," Texas coach Mack Brown said. "We had a lot of problems, and to their credit, they kept fighting back. All we did was score too quick at the end. We should have taken more time off the clock."

Now Tech has their own big-game hurdle next week: Oklahoma State. Then the Raiders face Oklahoma the week after. Welcome to our world.

"Coach Leach told us in the locker room if we don't come out there next weekend and get another 'W,' this win doesn't mean much to us," said defensive lineman Colby Whitlock.

Enough of this game. We all know what happened and we would like to move on. 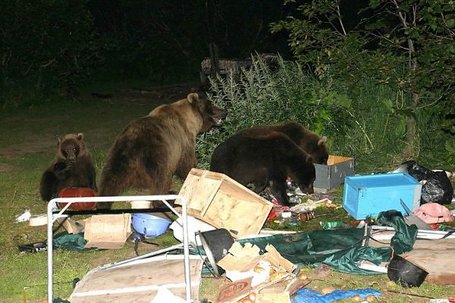 Bears can be a problem.

The Rest of the Big 12 Weekend

Missouri had a close one on Saturday. They barely beat Baylor 31-28. If bears can pillage Missouri and a campsite, think about what can happen to Texas. We better be prepared.

Baylor's QB, Robert Griffin, got his first pick-off of the season against Missouri. He does not look pleased.

Oklahoma scored 31 points in the first quarter of the game and went on to beat Nebraska, 62-28. OU's Auston English was hurt in the third quarter and did not return to the game.

"I don’t really second-guess it, certainly not during the season," Leach said in a telephone interview this week. "I just roll on and see where it takes you and do the best you can and go from there."

He is earning $1.75 million this year, meaning he is not among the five highest-paid coaches in the Big 12. While local news-media reports this summer blamed the athletic department’s poor financial situation for the lack of an extension, Gerald Myers, Texas Tech’s athletic director, said that was "not exactly right."

The Aggies won their second game in conference play against Colorado. The Buffaloes lost their leading rusher, Rodney Stewart, for at least four weeks to a fractured right fibula. I guess Daryl Scott won't have to complain about the lack of playing time any more.

"If you look at it," Iowa State coach Gene Chizik said, "it's really one of the only bright spots for our team." Leonard was certainly that today."

Using an ugly two-game losing streak — and a good-deal of pre-game trash talk — as motivation, Kansas pieced together its most complete game of the season in winning its third straight game in the annual Sunflower Showdown. 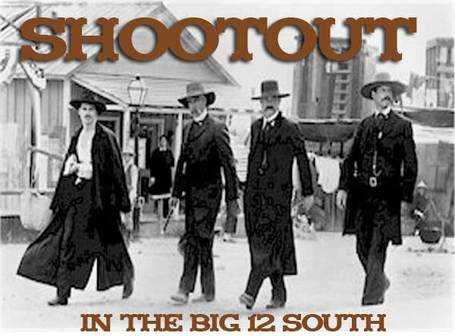 The Big 12 South can end up in one big mess if Tech loses to OSU or OU.

Barking Carnival's ChrisApplewhite has four lessons you learn while losing.

Just in case you like eating glass, Double T Nation has an animated drive chart of the game. Enjoy.

The Ralphie Report has a post game analysis and an animated drive chart of their game against A&M.

Texas A&M vs. Oklahoma will be televised.

Missouri 31, Baylor 28. Once again, this actually happened and there is an eye witness account.

This was a very well-prepared Baylor team. They knew how to beat Mizzou (specifically on swing passes and runs up the middle) and they didn't stop doing it. On defense, they had the "Hey Coffman, run to the goalpost and I'll throw it up to you so you can get a foot in and score" play scouted out beautifully, leading to Chase's first interception.

Corn Nation laments the loss to Oklahoma. Our condolences.

Bring On The Cats has one last entertaining photo of the Jayhawks. 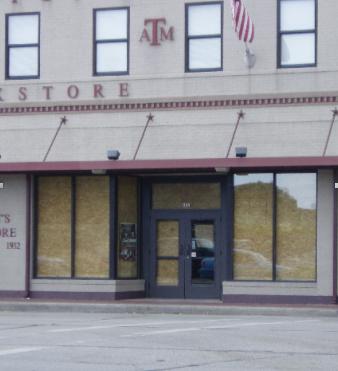 Aggies preparing for a hurricane.

Texas A&M charges the most of any Big 12 school for student tickets. Texas comes in second.

Contrary to most thoughts about this season. Texas A&M linemen can block. A&M player Paul Freeney blocked a billboard of Obama from from getting egged in an "Anti Obama Carnival" on the A&M campus.

Chase the quarterback, Chase the tight end and Chase the back-up quarterback. Can you imagine team meetings at Missouri? Everyone answers to Chase.

We need some cheering up after this weekend. The College Football Guys compare their favorite women to the Big 12. An oldie from 2007, Get Well Soon Big 12 from YouTube.