Share All sharing options for: The Numbers Game: Bend But Don't Break?

The more yards a defense gives up, the more points it's going to allow, generally speaking.  This is a pretty obvious tenet of defensive football.  The more yards you give up in a game, the closer the opposing offense is going to be to the scoring zone, and thus the more likely those yards are going to result in a touchdown or a field goal.  However, the amount of yards given up per game (in colloquial football statistics parlance, "total defense") doesn't determine who wins the game.  Points given up per game (relative to points scored), or "scoring defense," is what determines the winner of the game.  This is another obvious fact.  What's less obvious is that even though a team's total defense statistic is a decent approximation of how many points that team will allow, it's a cumulative statistic, which makes it only a generalization, prone to flaws.  For instance, the Texas defense is ranked #58 in the country in total defense, allowing 340.67 yards per game, but is allowing only 11.0 points per game, #11 in the country.  Whereas Texas' statistical equal in total defense, Miami (Ohio) (340.50 yards per game) is allowing a whopping 30.5 points per game, #96 in the country. 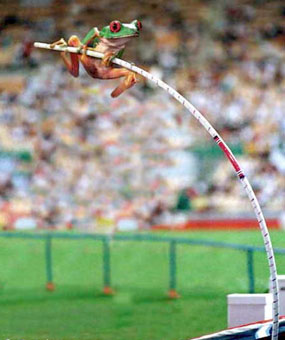 But of course, while yards per drive allowed is a better approximation of points per game allowed, it's still an approximation because not every drive of a certain amount of yards ends in points.  We have to look at some other statistics to see why this is.  And, as far as the 2008 Texas defense is concerned, we can try to see what exactly is keeping its opponents from converting yards into points and speculate as to whether that can be continued throughout the season.

There are a few ways for a defense to prevent the conversion of yards into points and thus be having the type of statistical season Texas is having thus far in 2008.  Here is a non-exhaustive list:

The better a team is at doing the above 5 things, the less likely that yards gained by an opposing offense on each drive will translate into points for that offense.  So what is the 2008 Texas defense doing to prevent yards from being converted into points?  Certainly not creating turnovers.  Texas ranks 106th in the nation in turnovers created, with only 3 on the season, ahead of only Hawaii, Arkansas, and Rutgers.

However, the Texas offense is also not turning the ball over much, ranking #7 in the nation with only 3 turnovers itself, helping out the field position game.  Further, Texas ranks #16 in the country in yards allowed per punt return and #23 in net punting, and has forced touchbacks on 40% of its kickoffs, a very high number.  The team is clearly forcing opposing offenses to go the length of the field to create points.

As far as preventing explosive plays, Texas hasn't done a particularly good job of that, either.  They have allowed 9 explosive plays to FAU, 10 to UTEP and 7 to Rice.  Not surprisingly, 18 out of those 26 explosive plays have come via the pass.  So far, this is looking like a "bend a LOT but don't break" defense.  What is keeping it from breaking so far?

Well, the Scoring Zone defense has been pretty good so far.  The NCAA has not adopted my far more helpful "scoring zone" model, but Texas ranks #7 in the country in red zone defense, allowing only 3 touchdowns and 3 field goals in 11 red zone appearances by opposing offenses.  I don't have time to do a full scoring zone analysis, but Texas has only allowed 3 touchdowns in 13 appearances in the scoring zone by opposing defenses, including that epic 10-play goal-line stand against Rice.  Twice Texas caused turnovers and 4 times there was a turnover on downs (meaning that the opponent could have kicked a field goal and probably scored but chose not to).  These are undoubtedly good statistics.  Three touchdowns and 10 non-touchdows has to be near the top of the NCAA.

It's worth noting too that one of the touchdowns allowed came after John Chiles fumbled and gave the ball to Rice already in the scoring zone (the Texas 28).  As I said earlier, the more of the above-listed factors a team can produce, the less likely yards will be converted into points, and the inverse holds true as well.  Texas gave Rice good field position so they only had to run 5 plays to score, and Texas allowed Rice to convert on 4th down to keep the drive alive.  The result: touchdown.

So is this "bend but don't break" strategy that the 2008 Texas defense seems to be using going to work for the rest of the season?  Is it just an equally solid alternative to a more common defensive strategy that Muschamp implemented to help out his inexperienced secondary?  Or is it going to rear its ugly head in conference play?

From what I can tell, the only thing Texas really has going for it right now is a very good scoring zone defense, pretty good third down defense and good team field position.  The problem with this is that field position and 3rd down defense means a whole lot less when the defense is giving up explosive plays because the field position changes so quickly and there are fewer third downs to defend.  Likewise with scoring zone defense, if those explosive plays go for touchdowns (which, so far this year, they have not).  Creating turnovers can make up for giving up explosive plays, but the very act of giving up an explosive play makes it less likely that a defense will create a turnover because there will be fewer plays in a given drive.

What bothers me most about this defense is the fact that it seems to be schemed to give up the underneath passes in an attempt to protect the safeties from getting burned and to get a good pass rush, but it is still giving up a lot of explosive plays.  Scheming to give up the underneath pass is a sound strategy with an inexperienced secondary because it forces the opposing offense to run more plays to gain yards, increasing the likelihood of a turnover or a 4th down, and prevents the secondary from giving up the explosive deep ball.  But if you're giving them the underneath passes and they're turning those into explosive plays, that's a serious problem.  The main culprit seems to be missed tackles and safeties being late to their assignments (mainly Earl Thomas right now).

Better offensive teams than FAU, UTEP and Rice are going to be able to convert their scoring zone appearances into more touchdowns and when that happens, what else does this Texas defense have going for it to stop them?  How is Texas going to keep them out of the scoring zone to begin with?  The defense is giving up far too many explosive plays and not forcing any turnovers.  This "bend but don't break" strategy doesn't seem sustainable as it's working right now, does it?