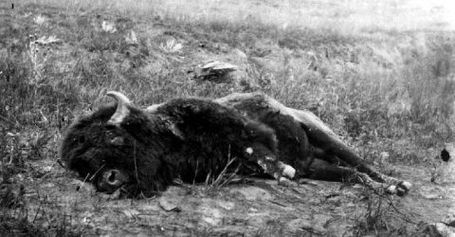 Mack Brown was excited about the win.

The Horns woe owe a huge debt of gratitude to the defense and special teams.

First came the boos. Then came the chants of "Beat OU!"

In between, No. 2 Texas turned a stagnant effort against Colorado into a 38-14 win Saturday night to stay undefeated going into their annual grudge match against No. 19 Oklahoma.

Earl Thomas returned an interception 92 yards for a touchdown and Ben Wells recovered a blocked punt for another score to help the Longhorns (5-0, 2-0 Big 12) pull away in the second half.

Jordan Shipley added a punt return for a touchdown in the fourth quarter. He also caught a 39-yard touchdown pass in the first half and finished with 147 yards on 11 receptions.

The running game wasn't quite what we hoped for.

Davis aimed for Saturday's game against Colorado to show everybody, both inside and outside the locker room, that the Longhorns could pound the ball on the ground.

With that emphasis, it's safe to say the Longhorns found their weakness against the Buffaloes.

The Longhorns carried the ball 25 times for 46 yards against Colorado. They suffered more injuries to running backs than they received big plays from the running game; Tré Newton and Vondrell McGee left the game with injuries. Newton suffered a mild concussion.

Greg Davis is not a happy man.

"My mood is not very good," Davis said after the game. "I wasn’t very pleased with the running game. We’ve got to look at that."

What did we learn on Saturday?

If there's a pair of more dangerous returners in the nation than Jordan Shipley and D.J. Monroe, show us. Roddrick Muckelroy looks just fine at middle linebacker. And Earl Thomas is on his way to a big, big year.

Will the Horns stay focused?

In a word, no. The Longhorns were 311/2 point favorites to beat Colorado, yet trailed 14-10 at halftime.

And if Colt McCoy hadn't hit Jordan Shipley for that late first-half touchdown, who knows what would've happened in the second half?

ESPN's Tim Griffin thinks our margin of victory was deceiving.

So glad we could help. The Buffs can feel good about themselves.

Finding something, at least, to feel good about itself, Colorado led the No. 2 college football team in the land for almost 2 1/2 quarters Saturday night.

But ultimately, mistakes proved costly for the Buffaloes in their 38-14 loss to mighty Texas before 101,152 relieved fans, who had to wonder for a spell if those dreams of a national championship might be shattered by a 33-point underdog.

It is has to be tough at home. Dan Hawkins had to bench his son.

Then the coach said of Hansen: "He's really a trouper. He has paid his dues. . . . He will start next week" against Kansas. Last year Hansen was put in against Kansas State, and the Buffs won 14-13. He started the following Saturday at Missouri, and the Buffs lost 58-0. Cody started three more games, Hansen one more.

Eric Kiesau, CU's offensive coordinator/quarterbacks coach, said the Buffs will not be "wishy-washy" about the starting quarterback the rest of the season. "You can't go back and forth. . . . Tyler is our quarterback."

From The Daily Camera (Boulder)...

The first 40 plays were great for the Buffs, then...

For 40 plays in the first half, the Colorado defense was perfect. On the 41st and final, it was burned.

Close, but not good enough.

Clinging to a 14-3 lead with the clock creeping toward halftime, the Buffaloes made one mistake, allowing a 39-yard touchdown pass, swinging the game back in No. 2 Texas` favor in an eventual 38-14 Longhorn win. It was the lone blemish in a dominating defensive effort.

The Buffaloes kept Texas and its top-ranked scoring offense to one touchdown through three quarters, only to see the Longhorns score twice through special teams and on an interception return for a touchdown in the second half.

Dad had an idea what was coming. Buff coaches had talked to Tyler Hansen about his redshirt in the week preceding the Texas game.

"They came up to me last week and they gave me a couple days, actually, to decide," Hansen said. "I talked to my parents about it. I talked to my high school coaches about it, and it pretty much came down to, you know, I can get into an accident tomorrow and never have an opportunity to play again.

"So when you have an opportunity to play, especially at college, D-I level in this atmosphere, you take it."