Rounding Up The Cowboys - OSU Preview

Share All sharing options for: Rounding Up The Cowboys - OSU Preview 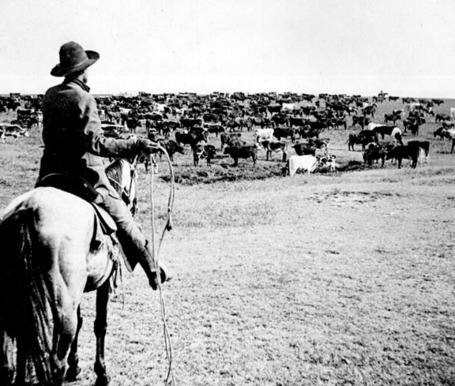 Thank you to Bill Haisten, Tulsa World, and Brandon Chatmon, The Oklahoman,
for a look at the Oklahoma State Cowboys.

1. Zac Robinson has a 65% completion rate so far this season and seems to be having the best season of his career. What has come together this year that hasn’t in the past?

2. Talk about the loss of Pettigrew to the NFL.  How are his replacements doing?  How critical was he to last year's offensive success? Hubert Anyiam has stepped up in the absence of Dez Bryant.  What other targets have proven reliable for Zac Robinson, if any?  Is this important for Oklahoma State to find for the Texas game?

Brandon Chatmon: The loss of Pettigrew was huge. You just don't replace a guy like that. They have three tight ends they are really excited about and two of them, Cooper Bassett and Wilson Youman, caught touchdowns against Baylor.
The Cowboys have a deep receiving corps. Tracy Moore, Justin Blackmon and Dameron Fooks are other guys who could make plays on Saturday against Texas. Zac has confidence in all of them. Since Dez has been out, all four guys have made key plays when called on.

Bill Haisten: He was OSU's most effective pass-catcher in last year's Texas game, but Pettigrew's absence is most obvious in OSU's ground game. He was a tremendous blocker. There are two reasons why the Cowboys have not run
the option as much this season – Kendall Hunter has been injured, and Pettigrew isn't blocking on the edge. Tight ends Wilson Youman and Cooper Bassett could be viewed as adequate with the potential to be pretty good, but not in Pettigrew's league. Hubert Anyiam has been a huge surprise. Before the Oct. 17 Missouri game, he had a career total of nine catches. Anyiam had 10 catches against Missouri, and followed with nine receptions at Baylor last week. With Bryant finished for the season, Anyiam now seems defined as OSU's go-to receiver. Wideouts Dameron Fooks and freshman Tracy Moore made big plays in the Texas A&M game.

3.  The offensive line was hailed as a great strength of this team.  Has this unit lived up to expectations so far?

Brandon Chatmon: It started out really, really rocky. The Cowboys used three different lineups in the first three games. But redshirt freshman Lane Taylor has stepped up at guard and solidified the line. And I don't have to mention Russell Okung, UT fans probably know all about him after last year's performance against Big 12 def player of the year Brian Orakpo.

Bill Haisten: Through the first three games of the season, OSU had three different starters at right guard. The job now belongs to redshirt freshman Lane Taylor. Running back Keith Toston says Taylor has played as well as any of the senior linemen. Cowboy left tackle Russell Okung (likely a first-round draft pick), center Andrew Lewis and right tackle Brady Bond are the veterans of a combined total of 112 career starts. Through seven games, OSU has allowed only four sacks.

4. What does the Texas defense need to do to contain Zac Robinson?

Brandon Chatmon: They need to get pressure and not allow him to get comfortable in the pocket but at the same time they have to contain his running ability. He's a lot like Colt McCoy in terms of making a team pay with his arm and legs.

Bill Haisten: After watching Robinson take a beating in the Holiday Bowl, OSU coaches made the decision to use him differently this season. In 2007 and 2008, he had a combined total of 1,409 rushing yards on 286 attempts. This
season, OSU's quarterback run game is nearly non-existent. Robinson has rushed for only 137. His athleticism is more evident now when scrambling to avoid the pass rush. The best way to contain Robinson now is to cover his receivers. He is the Big 12 leader in passing efficiency and has been extremely accurate in conference play.

5.  This team's defense struggled to get sacks and pressure the quarterback last season.  How much has the team improved on this and who is most responsible for that improvement?

Brandon Chatmon: They have improved but not as much as the coaching staff would like. They get pressure on the QB but it is often from a blitz, they don't get the pressure they would like from the front four. That said, they still get more pressure than they did last year and a lot of that is thanks to new D-coordinator Bill Young.

Bill Haisten: OSU's sack numbers still are not impressive (a seven-game total of 13), but the Cowboys are more consistently disrupting the rhythm of opposing passers. OSU blitzes less than 30 percent of the time on pass plays, but
it blitzes effectively. Linebackers Donald Booker and Andre Sexton are most frequently used on blitzes. Tackle Swanson Miller occasionally generates pressure from the interior.

6.  On a related note, how would you rate the first season for new defensive coordinator Bill Young?

Brandon Chatmon: I give him a B+ right now. He's come in with a great mental approach and he focuses on turnovers which have been a key to several wins this season including Georgia and Missouri. All the Cowboys talk about is forcing turnovers and when they don't like last week against Baylor (only 1) they talk about it. They were seven minutes away from a shutout but they quickly pointed to only forcing 1 turnover when asked about what great defense they had played last Saturday.

Bill Haisten: Before the start of spring practice, Young was asked about his top three priorities. His reply: "Fundamentals, fundamentals and fundamentals." Since the 45-35 home losand coverage were poor, the Cowboy defense has gotten better in every sense. Before Young arrived, OSU had not ranked better than 74th nationally in total defense since 2002. During the first half of the Missouri-OSU game, the Tigers had 313 total yards and 17 points. During the second half, the Tigers had 80 total yards and were scoreless. For taking obvious first steps toward redefining OSU's defensive culture, and for having been so involved in assembling what appears to be a very
good class of defensive recruits, Young gets an A-plus for his first season in Stillwater.

7. Talk about the OSU secondary. Who will line up opposite Jordan Shipley?

Brandon Chatmon: Perrish Cox. The Waco native went head to head with Georgia's A.J. Green and held his own. Expect Cox to line up against Shipley quite a bit on Saturday.

Bill Haisten: Cowboy senior cornerback Perrish Cox is having the best season of his career, and perhaps an All-Big 12 type of season. He typically works the wide side of the field, but may move around more than usual in an effort
to match up with Shipley. Cox leads the Big 12 in passes defended with 12. At free safety, senior Lucien Antoine may be OSU's hardest-hitting defensive back since Mark Moore in the mid-'80s.

8. What are the defense’s strengths? What about weaknesses?

Brandon Chatmon: The strength is just their speed to the ball. They have hard hitting, athletic safeties who can matchup with receivers. That said, those safeties are young with less experienced than you'd like. The biggest weakness is the lack of pressure by the front four. Linebacker Donald Booker leads the team with four sacks. If they have to blitz to get pressure that could create problems especially with Colt McCoy's mobility.

Bill Haisten: Since the Houston game, OSU has had very glaring breakdowns in pass coverage. Cox is an NFL-caliber cornerback. OSU lost returning middle linebacker Orie Lemon to a knee injury five days before the opener
against Georgia. Donald Booker stepped in as the replacement and has been outstanding. Because of his speed and ability to pressure the quarterback, he occasionally is moved to an end position. Outside linebackers Patrick Lavine (who has three interceptions) and Andre Sexton have made a combined total of 86 starts. The most pronounced
weakness of the Oklahoma State defense is a lack of front-four depth, particularly at the tackle positions.

9. What are the key match ups for this game?

Brandon Chatmon: I think Cox and Shipley. P Cox must hold up in one-on-one situations with Shipley. The other key matchup is the rest of the secondary against UT's receivers. Terrance Anderson, Andrew McGee, Markelle Martin, Victor Johnson and Johnny Thomas must hold up against the Longhorns. On the other side of the ball it is OSU's O-Line against Texas' D-Line. The Cowboys must be able to run the ball and it is clear that Texas is ready for the challenge.

Bill Haisten: Clearly, Oklahoma State's upset bid centers on its ability to run the football. Entering last season's OSU-Texas game in Austin, the Longhorns were No. 2 nationally in rushing defense. Texas had allowed only 48.1
rushing yards per game. OSU rushed for 217 yards (5.9 per attempt). Kendall Hunter ran 161, averaging nearly 9 yards per carry. Hunter's status remains uncertain for Saturday because of a foot injury, but the Cowboys have continued to run effectively (a 163-yard average in three Big 12 victories). In conference play, Keith Toston has been the
league's most productive back at 108.7 rushing yards per game. "If I have to carry the football 30 times for us to beat Texas," Toston said this week, "then I'll prepare to carry it 35 times."

Brandon Chatmon: Establishing a running game. If OSU can run the football, it keeps Colt McCoy off the field and it sets a tone in every aspect of the game. With all the talk about Texas' great run defense, if OSU comes out and has success on the ground, it sends a message from the start.

Bill Haisten: The Cowboy offense doesn't click unless it achieves a run-pass balance – something in the neighborhood of 170 rushing yards and 250 passing yards. In recent years, Texas has devastated OSU with second-half
comebacks. If the Cowboys carry a lead into the fourth quarter, they've got to remain aggressive in their play-calling and they can't self-destruct with lousy tackling (as they did against Jamaal Charles and Texas two years ago). In five of their seven games this season, the Cowboys committed at least nine penalties. They probably can't survive a
nine-penalty night against a team like Texas.