Taming the Buffs: Q&A with The Ralphie Report

Share All sharing options for: Taming the Buffs: Q&A with The Ralphie Report 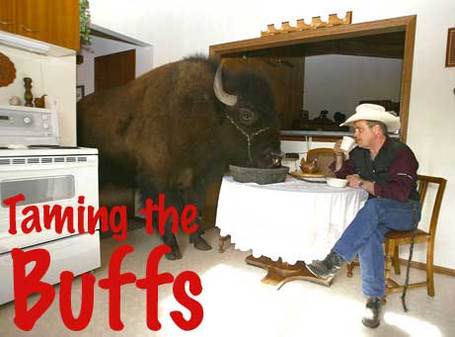 Thanks to The Ralphie Report for the Colorado preview.

1. How effective has Cody Hawkins been in the first three games?
TRR: Cody has not been very effective when you look at the stats. The Buffs have resorted to throwing most of the games they have been in because they have been behind a lot this season. Many believe, myself included, that the coaching staff has panicked in two games this year throwing the ball way too many times while not being that far behind. In fairness to Hawkins, he doesn’t have great talent at wide receiver yet but we always hear about how the players around Cody have an impact on him and we are stuck waiting for a quarterback that will make the players around him better, not be dependent on others all the time.
As for the efficiency question, the goal at the start of the season was for this offense to be run oriented. Instead, the Buffs rank 6th in the nation in pass attempts. Unfortunately, Colorado doesn’t have a Texas Tech-like quarterback to pull off that sort of passing attack. The stats tell you why most fans are calling for a potential coaching change: Cody Hawkins ranks last among Big 12 Conference QBs in three categories (pass efficiency, pass completion percentage, yards per completion) and first interceptions. His seven touchdown passes are matched by seven interceptions - three fewer than he threw in 12 games last season. Seems like if you are going to throw the ball 46 times a game, you would want an efficient quarterback?

2. Scotty McKnight seems to be Hawkins’ main target, followed by Jason Espinoza and Riar Greer. What are strengths of each?
TRR: Scotty McKnight has been the Buffs leading receiver for the past three years. He is a great possession receiver and most of the time the passing plays are designed for him. He is Cody Hawkins’ favorite target and the one he locks onto most of the time. If Texas takes McKnight away from Hawkins, I don’t know what the Buffs will do as they seem to only want to throw the ball to McKnight every time. McKnight is not a game breaking receiver so he will mostly run intermediate out and comeback routes.
Jason Espinoza is another possession receiver who is about 5’8". He is a walk-on who receives playing time because he runs good routes and knows the playbook. He certainly isn’t counted on to take it to the house on a given play. McKnight and Espinoza are very similar in that they are solid in the intermediate routes but lack the ability to stretch the field, which constricts the offense into a 15 yard box. These two won’t be that successful against physical and talented man to man corners.
Riar Geer has the potential to be an NFL tight end. He has a big body and knows how to work the middle of the field well. He has dropped a few touchdown potential passes over the last two years, especially on seam routes but overall, he is having solid year.

3. Rodney Stewart has emerged as the go-to back this season. Darrell Scott was injured. Has that contributed to his lack of playing time?
TRR: Rodney Stewart was the best back for the Buffs last year and it’s looking that way this year. Many want to see Darrell Scott play a full game before admitting that Stewart is the best back but just when you think Scott is ready to go he either gets injured, the coaches take him out or whatever. Scott showed some glimpses against Toledo in the first half but has not played a role in the last 10 quarters since which is confusing to most Buffs fans. It will be interesting to see now that Stewart is back healthy and running the ball well if Scott gets time, especially now that Scott is supposedly healthy. Every fan is waiting for Darrell Scott to explode.

4. Dan Hawkins said he would emphasize a power-running attack behind a physical offensive line this season. Has that happened?
TRR: No. The offensive line has had some injuries and other off the field issues with Bryce Givens and Mike Iltis so that has had an impact. We also overhyped the offensive line in the offseason. They are still young, inexperienced and have shown that they aren’t the dominant unit we thought they would be in the early going.
The Buffs have also gotten behind in the games (however large or small) and the coaches thought the best way to get back in the game was to throw the ball exclusively. That has definitely played a role in not fully realizing the dominant running game.

5. What are the overall strengths of the offensive unit? What are the weaknesses?
TRR: Rodney Stewart is the only offensive strength of this team. WR Markques Simas might turn into strength if they find a way to get him involved in the offense and actually use him. He has play making potential, something this offense lacks at the receiver spot. The weaknesses: quarterbacks and receiver. You saw list of the Buffs leading receivers above and you saw Cody Hawkins’ statistics. That is not good enough for Big 12 football. The offensive line has not met expectations either.

6. The Buffs went to a 3-4 defense this year. Only one linebacker was lost from last season, but how are the Buffs on the defensive line, both in terms of talent and experience?
TRR: The Buffs play a hybrid where sometimes they go 3 – 4 and sometimes they play in a 4 – 3 look. Either way they line up, they seem to give up a lot of yards and plenty of big plays. The Buffs defense ranks 102nd in the nation in total defense, giving up over 408 yards per game.
The defensive line is a work in progress. True freshman 6’7" defensive end Nick Kasa, a big time commit for the 2009 class, returned from injury last week against West Virginia and should hopefully be getting better each week to give the defensive line a lift. Overall, the defensive line is very inexperienced playing three true freshmen at times in Kasa, Forrest West and Nate Bonsu as well as multiple sophomores. The only upperclassman who has made an impact this year is junior DE Marquez Herrod. Statistically, the best defensive lineman has been sophomore DT Curtis Cunningham with 18 tackles. Cunningham has a great motor but lacks the physical size, weighing only 275 pounds.

7. Who are the personnel in the defensive secondary?
TRR:  At cornerback – Jimmy Smith, Cha’pelle Brown, Jalil Brown
At safety – Patrick Mahnke, Anthony Perkins, Ray Polk and Ben Burney.
Burney is a senior converted cornerback who has been pretty solid at safety but the position overall needs to improve as they have allowed plenty of big plays this year. Many think the best combo is Anthony Perkins and Burney with Ray Polk, a converted running back sophomore, still learning the position but full of talent.
At corner, Jimmy Smith has NFL potential but we are still waiting to see dominance. Cha’pelle Brown is a solid player.

8. What are the overall strengths of the defensive unit? What are the weaknesses?
TRR: B.J. Beatty, the linebacker who replaced the Buffs’ best pass rusher from a year ago in Brad Jones, had his best collegiate game last week against West Virginia. Beatty gets after the quarterback and seems to have a nose for the ball. If something good happens in the offensive backfield, it usually comes from Beatty.
Again, Jimmy Smith has the potential to be a great cornerback standing 6’3" weighing 210 pounds.
The biggest weaknesses on defense have been the safety play minus Burney’s first game performance against Wyoming and the defensive line. 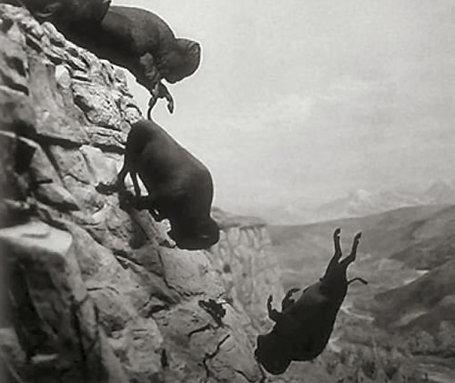 9. What are the key match-ups in the game?
TRR: Texas should dominant in every facet of the game but for the Buffs to stick with the Longhorns for a little while, they need to stay committed to the run. Attempting the 6th most passes in the nation so far has gotten Colorado a 1 – 3 record against mediocre competition. Establishing a running game early is important but Texas should make that difficult for the Buffs.
It would be nice for the Buffs to get pressure on McCoy but that is unlikely. There is a reason Texas is 32 point favorites. I don’t see any matchups where the Buffs have an advantage.

10. Overall, what has been the biggest issue facing the Buffs this season?
TRR: Coaching and a lack of preparation. This team has been beaten by a mid-level Mountain West team in Colorado State and a low level MAC team in Toledo. They actually got blown out by Toledo. It would be easy to pin this on a lot of things but it is hard to look anywhere else than at the top of the program when you have losses like that.