Baylor Preview: Battle With The Bears

Share All sharing options for: Baylor Preview: Battle With The Bears 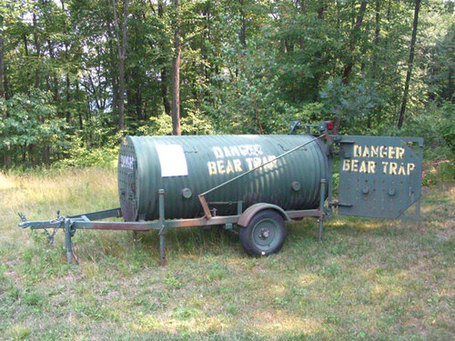 Thanks to John Werner, Waco Tribune-Herald, for a look at the Baylor Bears.

The rule about bears is their unpredictability. - Anonymous

1. The loss of Griffin was tough, but last week in Columbia Nick Florence had as great a performance as any quarterback in the Big 12 this entire season. Why is he doing so well right now? What will be his challenges against Texas?
Florence is a smart guy, and he's learned the offense better every week, and it paid off against Missouri. He was really in sync with his receivers, and his passes were crisp. The Longhorns will likely present a much greater pass rush than Missouri, and Florence probably won't have as much time to throw.

2. Talk about the receivers. Who are Florence’s favorite targets?
Kendall Wright caught 10 passes against Missouri, while David Gettis caught eight. Lanear Sampson is another target. They've all got good speed.

4.  Talk about the secondary. Who is will be matched up with Jordan Shipley?  Do the defensive backs have the speed to keep up with the Texas receivers?
If Baylor doesn't get a decent pass rush, it's going to be tough for the defensive backs to match up with Texas' receivers. It's hard to say who they will match up against Shipley.

5. Joe Pawelek isn’t big or fast, but he is one of the impact players on this team? What makes him so scary for opponents?
He's intelligent and has great instincts. He never gives up on a play, and has a knack for getting interceptions.

6. Phil Taylor had a lot of pre-season hype. How has he contributed this season?
Phil's been double-teamed a lot, and hasn't made a lot of big plays. Other defensive linemen like Jason Lamb and Tracy Robertson have made more big plays.