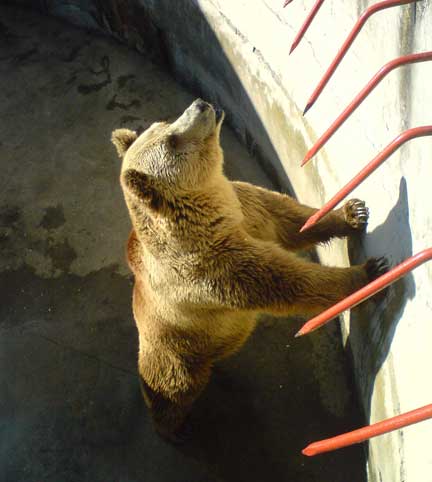 McCoy passed for two touchdowns to help No. 2 Texas beat Baylor 47-14 Saturday, tying him with Georgia's David Greene for the most victories by a major college quarterback.

McCoy is 42-7 in his career with two regular-season contests, a likely Big 12 championship game and a bowl still to come.

"Every time you step on the field you want to do your best to help your team win," McCoy said. "It's a tribute to great coaches, great teammates and playing well together."

The senior didn't even have to put in a full day's work in this one, leaving midway through the third quarter with a 40-0 lead.

"We're all proud of Colt," said wide receiver Jordan Shipley, who caught both TD passes Saturday. "It also says a lot about this program."

McCoy brushed aside suggestions of a celebration after tying former Georgia standout David Greene for the most victories by a quarterback in Bowl Subdivision history.

"I don't even drink Cokes," McCoy said. "I may drink a Propel or something, maybe a Gatorade."

The ground game has returned!

"Cody is just a beast when he gets going," Texas guard Charlie Tanner said.

The Longhorns' big rushing day was part of the plan. Texas coaches shortened their playbook to about five runs they felt comfortable with. And they inserted Johnson for the first start of his career and installed speedy Tre’ Newton as the No. 2 back.

"We needed balance and we felt we could do a few things this week with Cody and Tre’," Texas coach Mack Brown said. "They both stepped up. We feel our offense can be really good if we are balanced."

Tre Newton is back to his old form.

Texas running back Tre Newton had felt like himself for a while after suffering a concussion against Colorado last month.

The former Southlake Carroll standout rushed for 80 yards on seven carries in a 47-14 Texas win. His 45-yard touchdown run early in the second quarter gave Texas a 21-0 lead and was the longest Longhorn scoring run of the season. 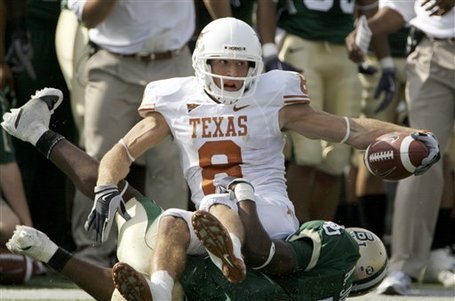 Colt McCoy has a big circle of friends.

It has taken nine games, nine interceptions, multiple benchings and a handful of position changes to reach this point.

But Texas coach Mack Brown sounds like a man at peace with his team’s passing game as quarterback Colt McCoy and his rotating band of receivers head to Waco for today’s showdown with Baylor.

"I like the fact that ... Colt is now finally getting comfortable with our receivers for the first time all year," Brown said earlier this week. "We’re starting to see all the pieces come together."

This is a trend we would like to continue. Mack Brown likes scoring right before halftime and scoring to start the third quarter.

Mack Brown has not lost to Baylor.

Jinx? What jinx? Remember when there was something called the Waco Jinx? In the past, Texas teams suffered some strange losses on the road against Baylor. That's ended in the Mack Brown era. He hasn't lost to Baylor since he's been at Texas, and this is his 12th season.

The Horns don't really mind an easy glide into the BCS title game.

Mack Brown won't say it, but he doesn't mind an easy road to a title game. He figured out weeks ago that winning with style wasn't necessary as long as the Horns won all their games.

Now compare and contrast Texas' remaining slate with those of the other teams in the top 3 of the BCS standings and you get Florida sandwiching a non-conference beatdown of Florida International with an SEC game against South Carolina (3-4 in conference) and a finale against struggling Florida State (2-4 in the ACC).

Will Muschamp was not happy at halftime.

Will Muschamp raced into the Texas locker room as if he were late for a bus.

The high-strung, highly combustible defensive coordinator threw his clipboard to the floor and started his halftime speech by screaming at his defensive players.

His outburst was totally understandable.

Muschamp has this thing about perfection, and to avoid a letdown, safety Earl Thomas said the boss kept yelling that it was 0-0. Figuratively speaking, of course.

Earl Thomas has been a little lonely.

The Longhorn safety has been lonely for the past two weeks, as opposing quarterbacks are throwing elsewhere. He's stuck at six interceptions, although he had five tackles, including one for a loss of two yards. He watched as his teammates intercepted three passes to bring the team's total to 19.

Mack Brown said, "We ought to drub Baylor. We have five times the athletes they do. I mean, they're starting a third-string quarterback who's a freshman."

Art Briles said, before Texas' 45-14 win today, "If I were at Texas, I'd never complain about anything."

Mike Sherman said, "Gosh, we're average. I don't have a clue as to what kind of team I have, but this ain't my fault. Thank God I got a seven-year contract."

Colt McCoy said, "Dang right, I want to win the Heisman. And yeah, I'm a little ticked at our defense for not getting me the ball back so I could throw for four more stinking yards."

This year will not be an SEC coronation.

No, Texas doesn't need to win convincingly: A zero in the loss column, and there will be burnt orange in Pasadena come January. But imposing their will like this makes the prospect of a championship game against Florida or Alabama seem more like a title bout and less like an SEC coronation. 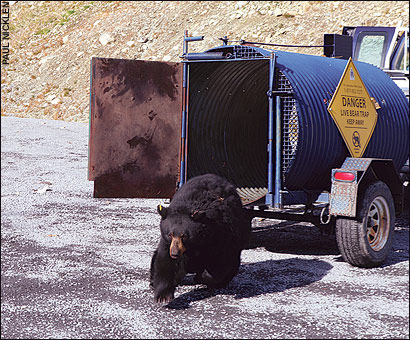