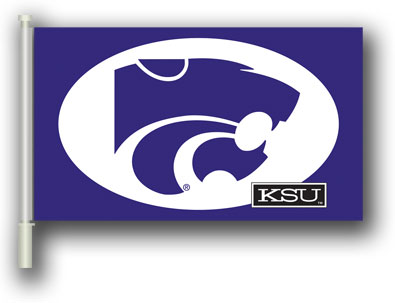 Thanks to The Elusive Shadow for the questions and Bring On The Cats' Tye Burger for the Kansas State analysis.

1.  How worried are you about Nebraska's defense?
Nebraska's defense is highly concerning, to say the least.  They're good against the run, which is the only thing we do moderately well on offense.  On the flip side of that, it's not like we were planning on beating Nebraska by getting into a 42-35 shootout, either.  Against Nebraska's defense Saturday, it's much more important to me that we not turn the ball over and at least pick up a few first downs to get our defense some rest.  We won't win this game with long, sustained drives; we will win if we get some turnovers or big special teams plays that flip the field for us.  For our offense, it's more about not losing the game rather than going out and winning it.

2.  Kansas State has had success stopping the run but not so much stopping the pass.  Does this give you confidence that you match up well against Nebraska's offense?
Certainly more confidence than if our strengths and weaknesses were reversed.  Nebraska is pretty solid on the ground when Roy Helu is healthy, but Zac Lee and his receivers haven't exactly been a blowtorch burning opposing defenses this season.  We need to be able to slow Helu down without committing eight defenders to the box, so we can drop back and try to get Lee to force some throws.  If we can force some turnovers, we have a chance in this one.

3.  Besides Roy Helu Jr., what offensive player should K-State be most worried about?
I'll go with Niles Paul.  When he's catching the ball, he's a big threat (see, e.g., 4th quarter against Missouri).  He's a pretty good receiver who hasn't had a great season due to some inconsistencies.  If he's on, we'll have some trouble with him.  The other threat is tight end Mike McNeil.  We haven't faced a lot of offenses that rely on their tight ends, so it's something we'll have to prepare for, and I'm not ultra-confident in our linebackers.

4.  Any other area of concern against Nebraska?
In a word, Suh.  He's the kind of player that could single-handedly shut down our offense or force backbreaking turnovers.  The other concern is playing on the road, where we haven't won this season, unless you count when we played Iowa State in Kansas City.