Click here for the Texas vs Western Carolina gameflow 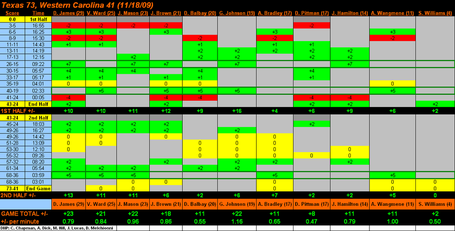 Here are the game leaders (by +/- per minute)

My observations after the jump: