The Jayhawks were definitely not in Kansas.

Share All sharing options for: The Jayhawks were definitely not in Kansas. 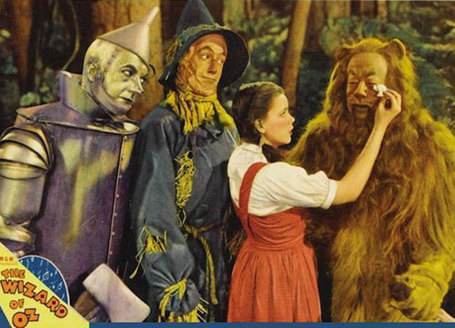 See you next year, Jayhawks.

All in a day's work. Horns win 51-20 and Colt McCoy is the winningest quarterback in NCAA history.

He reveled in the "Colt for Heisman" chants yelled by more than 100,000 fans at Royal-Memorial Stadium

He jogged across to the north end zone and shot "Smokey," Texas' iconic cannon. Then, egged on by the Longhorns band, he banged on Big Bertha, the drum.

Then McCoy and his fellow seniors dog-piled at midfield to celebrate a 51-20 victory over Kansas, their 11th win of the season that clinched a berth in the Big 12 Conference championship game Dec. 5 against Nebraska.

Christmas is coming early this year.

In getting a jump-start on holiday spirit, Texas has made out its preliminary list and is checking it twice.

And watching Colt McCoy and Jordan Shipley do their thing one last time at Royal-Memorial Stadium, we obviously know by now who's nice. The two seniors in one of Texas' smallest recruiting classes ever put on a farewell party Saturday night for a 51-20 victory in front of 101,357 onlookers.

With only 33 shopping days till Christmas, the Longhorns already got nearly everything they've wanted up to this point, save a healthy Aaron Williams, who injured a knee on teammate Earl Thomas' interception return.

It was quite a spread Saturday night.

Now that was a nice spread.

Receiving spread, that is.

There were appetizers: the short passes.

There were a few main courses: the long touchdown passes.

And there was plenty of everything to go around as quarterback Colt McCoy divided his passes between Jordan Shipley, James Kirkendoll and Malcolm Williams.

He's a much more accomplished passer than Vince Young and even "professorial," to quote McCoy's offensive coordinator. He's got the same intangibles and "it" factor as James Street. He's as heady and athletic as Bobby Layne. Marty Akins was as tough as they come, but no one should doubt Colt's grit.

But they're all better than McCoy in one area.

They've won championships. In the case of Young and Street, the ultimate championship — each won a national title.

McCoy has earned praise and respect from the harshest critics, his opponents.

Even after the hotly contested 16-13 win over Oklahoma at the Cotton Bowl, Sooners All-America defensive tackle Gerald McCoy sought out Colt McCoy.

"There's a lot of rivalry in the game, but a lot of respect," Gerald McCoy said. "I think he's a great player. You haven't heard anything bad about him.

"I hope he gets the [win] record. He's just a real good quality guy."

So what did the Sooner say to the Longhorn?

"I told him, 'You keep working hard, man. Y'all have what it takes to win out.' It's actually working for them."

The Heisman would be the icing on the cake.

After weeks of striving for offensive balance, Brown put his quarterback on display to perhaps push some of the undecided Heisman Trophy voters toward McCoy.

McCoy responded with a huge night, completing 32 of 41 passes for 396 yards and four touchdowns.

Barking Carnival has the good, the bad and the ugly, Kansas style.

NCAA football is about to lose about 850 lbs of head coaches, and that’s just from two upcoming firings.

Mark Mangino was a dead man walking as he took the field for this game, amid allegations that he has abused his players during his tenure at Kansas.  Mangino has done a fine job of taking a dust bowl of a program and turning it into a fairly consistent performer, but if some of what is being alleged about his ridiculing of players’s socio-economic circumstances and family backgrounds is true, there is no way Kansas University can keep him on the payroll.

This group of seniors will leave as the winningest Longhorns ever.

They arrived in diminished numbers, greeted by skepticism and overshadowed by other recruits who chose not to sign with Texas.

But as quarterback Colt McCoy and other fifth-year seniors from the Longhorns’ 2005 signing class prepare to play their final home game tonight at Darrell K Royal-Texas Memorial Stadium, they find themselves with an opportunity to emerge as part of the winningest senior class in school history.

And this was Mack Brown's smallest group of recruits.

There are so many memories for McCoy, but, when asked, this small-town quarterback went back to the very beginning.

"The very first pass I threw was a touchdown. That was special," McCoy said. "There's been so many moments that have been so special that I could talk all day."

Was there ever any doubt? The Horns are the Big 12 South winner, but there is one more game to go

Texas (11-0, 7-0) still have a Thanksgiving game at rival Texas A&M left to play before the Big 12 championship on Dec. 5 against Nebraska. Win those two, then it's off to Pasadena, Calif., for the BCS national championship game for McCoy and the 'Horns.

''It's been a long time coming,'' senior defensive end Sergio Kindle said. ''There's been a lot of hard work put into getting where we are now. It's not over.''

This woman needs to visit with Brian Orakpo.

A question for all of my self-righteous and immensely entitled Longhorns friends: How do you figure Texas is better than TCU?

I mean they might be, or maybe The Horned Frogs slap them around in a game just like Utah did to Alabama, and maybe this game deserves to be for a national championship. My question is: How do you know for sure?

Because all I have heard in the way of arguments for Longhorns superiority sound a lot like toddler-think rather than fact-based analysis.

There are just a few things left to do. One is the Big 12 championship game against Nebraska.

Paul, Luke, Evan, and Scott are so much better than any analysts on TV ESPN.

The only thing anybody really learned from KU's 51-20 loss to No. 3 Texas (11-0, 7-0 Big 12) on Saturday at Darrell K. Royal Memorial Stadium was that Texas is a lot better than Kansas. But if you needed to see the game to know that, you probably spend most of your Saturdays doing things like picking out salt shakers at Bed Bath & Beyond.

Kansas has a few guys who can run with Texas, but not many.

Mangino coached like a guy with absolutely nothing to lose.

A fourth-down gamble on the first series of the game against Texas. An onside kick in the second quarter. A double pass. All of them failed during Saturday's 51-20 loss to Texas, which raises the obvious question regarding the embattled Kansas coach:

What were they going to do, fire him?

No, not yet. But an eventual separation between Mangino and Kansas after this season seems likely based on interviews conducted by CBSSports.com on Saturday. The coach is currently under investigation by the university after multiple players, past and current, came forward earlier this week complaining of mental and, in one case, perceived physical abuse from the coach.

This should make Kansas feel better: It is just football. Life will go on.

It may be hard for them to see it this way now, but the ones who can play in the NFL will still play in the NFL. Darrell Stuckey will still be a good guy with a magnetic personality. Todd Reesing will be just as sparky in a board room as he was on a football field. Kerry Meier and Jake Sharp will be the same meticulous, hard-nosed guys they've always been.

You can say this isn't what they signed up for, and if you mean the situation with the coach, you're right. But in 2005 and 2006, they signed up to play in a program that was always just fighting for bowl eligibility. They helped the program to its best season ever, and now they're right back where they started.

They will probably always look back and wonder what might have been, but sooner or later it won't hurt anymore, because it isn't life. It's just football.

The only truly talented thing to come out of Kansas.