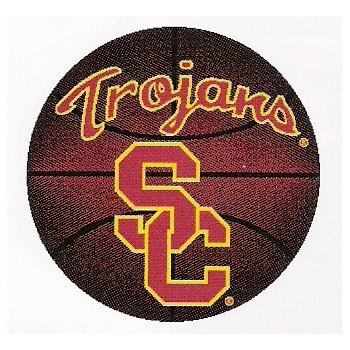 Thank you to Jim over at Conquest Chronicles for a look at the USC Trojans.

1)  Tell us a little about Kevin O'Neil. How does the Trojan fan base feel about the hire?

Many USC fans were not happy with O'Neill's hire. He came with some baggage after his stint in Arizona. He alienated players and his fellow coaches while in Tucson. His coaching style was seen as "in your face". Some of the fan base has warmed to O'Neill but many remain skeptical.

Was this the best hire USC could make? Well, in light of the OJ Mayo/Tim Floyd allegations USC basketball was deemed radioactive. There was not a high profile, successful coach that would touch us with a ten foot pole. So with that in mind this was probably the best we could do.

I think the jury on Kevin O'Neill will be out for a while...

2)  USC has been ravaged by injuries and transfers.  After all the losses, who are the key players for USC this year?

Strengths: Right now, not much. This team is still trying to find itself so its all hands on deck. With the lack of depth players who would normally see little playing time are getting more minutes than would be expected. Those players aren't the best and you see it on the court. This is still a work in progress.

4) What will be the key match-ups with Texas?

There really aren't any. USC is going to have a very tough time in Austin. They don't have the depth to hang with the Horns. If USC can have decent showing on the boards, have some decent outside shooting and minimize turnovers then they should keep it respectable...otherwise I expect Texas to cruise. SC just has too many deficiencies on the whole.

5) Since we're all curious, what did you think of Pete Carroll's decision to carpetbomb UCLA at the end of Saturday's game?

I loved it!! Anytime you get to punch your rival in the mouth is a great thing. Pete Carroll called off the dogs but Slick Rick wanted to continue to play, so Pete said "No problem, game on!" The Monopoly is still in place in LA. and there are no timeouts in Monopoly!!

6) Finally, what is your official prediction for the basketball game?