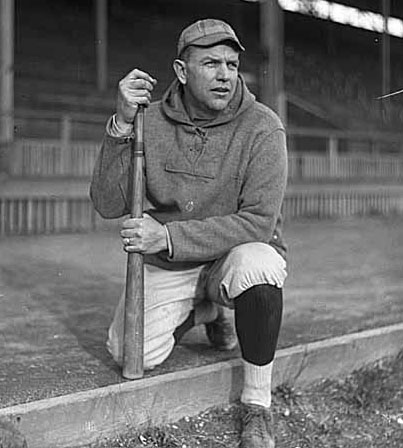 While doing my research on the recent series over at Roll Bama Roll looking back on the eight games played between the Crimson Tide and the Longhorns, I stumbled across an interesting connection between the two programs you all might find of interest. The bulk of this information comes from Gregory Kordic's 2007 book on Alabama's coach Xen Scott, A Damn Good Yankee.

The head coach for the Alabama football team between 1911 and 1914 was Dorsett Vandeventer Graves, better known as D.V. for obvious reasons. He led the team to a respectable 21-12-3 record although never surpassing six wins in a season or coming close to a conference title.

His tenure saw the arrival of George Hutchenson Denny as the president of the University of Alabama in 1912. Denny saw football as a way to increase the the profile of the school and became very hands on in the athletics department. And to do that he knew he needed a winner.

While Graves wasn't a loser by any stretch of the imagination, by 1914 it was clear he wasn't the coach to take the Alabama program to the next level. Denny replaced him with Thomas Kelly in 1915 (the season Alabama played in Austin for the very first time).

Graves next popped up at Texas A&M as an assistant under Dana X. Bible. He assumed the head coaching responsibilities for the Aggies in 1918 when Bible served in the military for World War I. The team performed quite well under his leadership losing just one game, a 0-7 contest against the Longhorns in Austin on Nov. 28, 1918.

When Bible returned in 1919, Graves went back to his role as an assistant coach and was on hand as A&M rolled to an undefeated (and unscored upon) season that culminated in a national championship.

In 1920, Graves had moved on to the head coaching position at Montana State, where he amassed a 5-5-1 over two seasons.

He then headed to the Pacific Northwest where he signed on at the University of Washington and picked up the nickname "Tubby." Between 1923 and 1946 Graves served as an assistant coach on the football team and baseball head coach. He became the assistant director of athletics after that.

Graves passed away in 1960. He is now enshrined in the Husky Hall of Fame and the school's former baseball field as well as its current intercollegiate athletics building were named in his honor.

So what does all this have to do with UT football?

In 1949 Darrell K Royal had just completed a stellar career as a player on Bud Wilkenson's Oklahoma squad and decided his future lay in the coaching ranks. He started by serving as an assistant coach at North Carolina State, Tulsa and Mississippi State. He put in a stint as head coach with the Edmonton Eskimos of the Canadian League then headed back to the states to begin his coaching career in earnest.

Royal took over as head coach at Mississippi State in 1954, leading the Bulldogs to a 12-8 record over two season. The next stop was Washington where his 1956 Huskies tallied a mediocre 5-5 record but he caught the eye of an assistant athletic director who had rubbed shoulders with some great football coaches in his time.

Back in Austin, Graves' former boss at Texas A&M, Dana X. Bible was now the athletic director at the University of Texas. After a 1-9 debacle of a season in 1956, Bible was looking for a good coach to resuscitate the Longhorns gridiron fortunes and he called up his former assistant now in Seattle to learn a bit more about this Okie leading the Husky squad. The rest, as they say, is history.

So it turned out that a former Alabama head coach was one of the factors in bringing Royal to Austin where he became a coaching legend. The move paid off handsomely for the Crimson Tide when Royal was kind enough to share the secrets of the wishbone offense with Coach Paul W. Bryant a decade or so later.