Share All sharing options for: Alabama All Day: Run Blocking

Rather than describe what a great job Alabama does with its run blocking, let me show you: 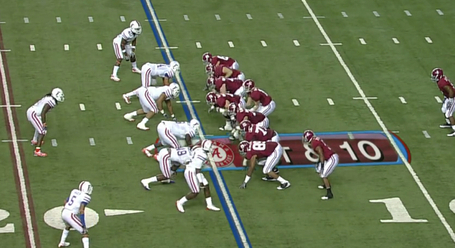 Alabama gives Florida a twin tight end look, something they do frequently, and to great effect. Here, fullback Roy Upchurch lines up over the outside of the weakside TE Michael Williams, a 6-6, 266 lb. tight end run blocking specialist. 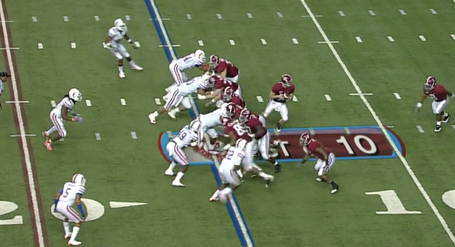 As the ball is snapped, Upchurch heads for Will linebacker (#32 Dustin Doe), Williams heads for the second level, the center (William Vlachos) and right guard (Mike Johnson) double team the nose tackle, and the right tackle moves to seal the playside end (#49 Jermaine Cunningham). Florida fans take a shot for the missing Carlos Dunlap. 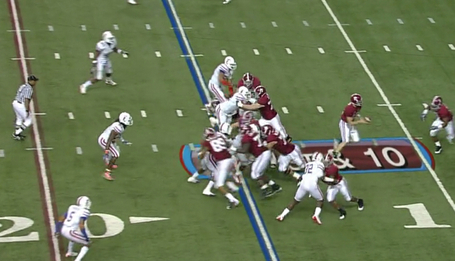 Williams' chips Cunningham on his way to Spikes in the second level. Upchurch holds his own against the bigger Doe, and the interior linemen create a nice seal for Ingram in the B gap. 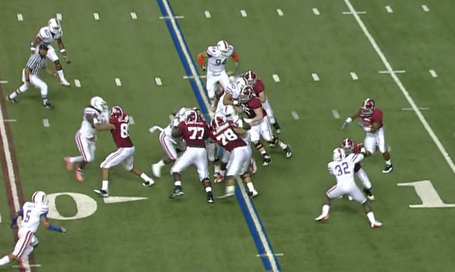