Texas and Florida's basketball programs have a lot in common.

Yes, football is great at those institutions, but what about hoops? Billy Donovan won a pair of national championships with Florida and Texas coach Rick Barnes has led his team to a Final Four appearance. It's easy to see that basketball is important at those two schools.

Yet Billy Donovan and Rick Barnes have more in common than just success. They have both gone out and embraced football in a positive way. They sell their basketball programs by including football as an asset. Both Donovan and Barnes enjoy great situations. In the world of recruiting, a football weekend can draw a player into an amazing atmosphere. I have heard some coaches over the years complain that they are having a tough time because football dominates the athletic program. They argue that the dollars and facilities primarily go to the football program.

The Washington Times does not like our chamces against Alabama.

When the BCS title game features two teams with 13-0 records and storied histories, the season's most compelling bowl game becomes even more obvious. Compelling? Yes. Competitive? Don't bet on it - not when Alabama's Nick Saban has a month to prepare for Mack Brown and the state that gave us "strategery."

$3 tickets are available for Saturday's game with Texas A&M-Corpus Christ.

Mike Leach has been fired. It was ugly long before the Adam James situation. (Texas Tech's official statement.)

The first e-mail among this group, dated one year before Leach's firing, shows Sowell recommending to Hance and Myers that Tech should stand firm in its negotiations with the coach. "You should sign a contract that would not cost us too much to fire him," Sowell wrote. "He has to have a big buyout. He has shown no loyalty."

What's the future for Mike Leach?

The more intriguing question is, what becomes of Leach? Over the past few years, as his reputation finally morphed from that of a gimmick artist to a legitimately respected football coach, he sought desperately to get out of Lubbock, interviewing with Miami and Washington and entertaining other suitors. But no opportunity came to pass. To say he's an "oddball" is putting it mildly, which likely made for some "unique" interviews.

Now, with the stigma of a job-ending scandal -- one involving the particularly sensitive subject of concussions -- he's going to find it infinitely more difficult to land a cushy gig. Leach's ego would likely welcome the opportunity to take his system to the pros as a coordinator, but the button-down NFL would seem even less welcoming. More realistically, some college mid-major is going to luck out and get an accomplished coach on the cheap, but only if it's capable of viewing the James incident as an aberration and/or exaggeration.

This situation is likely more impactful for potential offensive recruits, who were attracted to Leach's wide-open, high-scoring system. But given a roster that lacks depth at running back, has no fullbacks or tight ends and has been molded to play with a unique scheme, Tech's choices of candidates are limited if it doesn't want to revamp the entire offensive system. The other problem is Leach ran the entire offense and there isn't a high-profile offensive assistant who could take over without the offense missing a beat. There are also few coaches out there who could take a roster built for Leach's spread offense -- and let's face it, Leach's version of the spread is different than any other out there -- but a few coaches whose systems could work with this roster include Baylor's Art Briles and Houston Kevin Sumlin. Briles was a former Texas Tech assistant under Leach.

The Aggies are always winners. Maybe just not on the field.

"I told (the players) before the game that no matter what happens, we went on a journey together this season, and we had our peaks and valleys, but we came together as a team," Sherman said. "I said, regardless of what happens — and I fully expected us to win — whether you're winners or not is not dictated by this game.

"You guys are winners and have demonstrated that consistently with how you work and how you take care of your business."

"Texas A&M is a great place with outstanding people and terrific traditions and this has been a great experience for me and my wife," Kines said. "With the young players and the incoming recruits, I know the future is bright for Aggie football. It's time for me and Rubye to spend a lot more time with our grandsons."

The Horned Frogs spent most of the 1970s and early '80s at or near the bottom of the Southwest Conference. Texas coach Darrell Royal once compared them to cockroaches. One coach died seven games into his tenure, right on the sideline. A year and a half after ending a 19-year bowl drought in 1984, the Horned Frogs landed on NCAA probation, which included a one-year postseason ban in 1986.

Coaches walk a fine line between when disciplining a player.

Fred Akers coached at Texas from 1977 to '86, directing the Longhorns to bowl games in all but one of those seasons. Akers acknowledged the importance of being strict with and instilling order in a team, but he said it is equally vital for a coach to demonstrate a considerable measure of self-restraint, as well.

Akers and several other former coaches contacted for this story agreed that coaching and parenting are not all that different in that regard.

"I think it's almost comical, if it weren't so serious, that too many parents and too many coaches kind of treat players and children like dirt during the week and then on the weekend when the game comes up, they tell them, 'Okay, now go out and be great,' " Akers said. 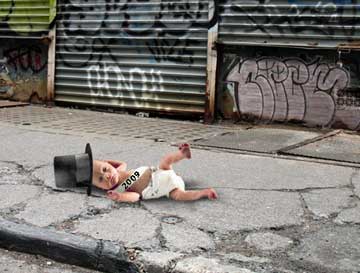