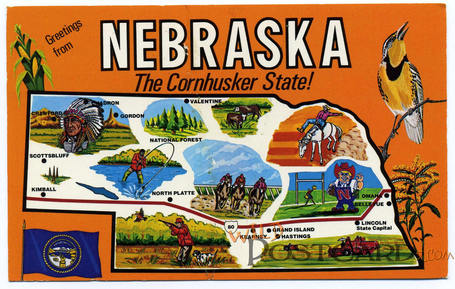 Thanks to Jon Nyatawa, Omaha World-Herald, and
Jon Johnston, JLew and Husker Mike, Corn Nation, for the Cornhusker preview.

ESPN announcers at their very best. Just google it on your IPhone, Cunningham.

1. What’s the latest on Zac Lee’s knee injury? Does Nebraska need him to compete with Texas, or will the offensive attack be roughly as potent with Cody Green manning the position?

Jon Nyatawa: Quarterback Zac Lee has left foot heavily taped, but he's not been limited this week in practice. He says he's fine. He'll start. And on Saturday against Texas, like he has during the past four weeks, he'll direct a run-oriented, mostly conservative offense that every once in a while fires shots downfield. True freshman backup Cody Green, a 6-4, 220-pound dual threat, has played just two snaps since getting pulled from the Oklahoma game Nov. 7.

Jlew: Seems to be a minor issue, he practiced on Mon with tape on it, and he came back in the Colorado game. As much as I want Green to come in and provide a spark to the offense I don't think that would happen. He got the start against Baylor and OU, and didn't preform better than Lee.

Jon Johnston: Ha, you said "offensive attack" and "potent" in the same sentence about Nebraska. I like you more already.
Nebraska needs Lee to manage the game and not make mistakes. Green is a true freshman, i.e., very raw and  just hasn’t had much playing time. Still, he’s a better runner than Lee, but I would only expect him if Lee is injured.

2. Roy Helu Jr. seems to be picking up his game down the stretch; is that a function of him being healthy or something different that Nebraska’s doing in how they use him?

Jon Nyatawa: Roy Helu is healthier now than he was in October. No doubt. But his shoulder probably isn't 100 percent. It helps now that the Huskers have freshman Rex Burkhead back in the lineup. Helu can get a break every now and then. ... Is Nebraska utilizing him differently? Yes. The Huskers are actually committed to establishing the run.

Jlew: He's healthy. He played very well against Va Tech earlier in the year before NU went to it's heavy sets.

Jon Johnston: He was injured earlier, but I believe his increased performances are a matter of mental toughness than anything Nebraska has changed. If Texas moves more defenders into the box, you’ll see us use a fullback as a lead blocker.
You didn’t ask about true freshman Rex Burkhead, but you should know about him. He’s a true freshman, a tough runner. Short, bowling ball type of guy that’s going to run straight at the defense - hit the line quickly. He had a foot injury earlier, but is back now. He may be more important to this game than Helu because of your run defense.

3. Suh is a lock for First Team All American honors following his dominant senior season; have any teams had any success bottling him up, and if so, how?

Jon Nyatawa: Here's the thing: If you concentrate too much on Ndamukong Suh, the three other talented defensive linemen will hurt you just as much. Ask Baylor. Jared Crick set a school record with five sacks against the Bears, who greeted Suh with cut blocks, chips, double-teams, etc. Kansas moved the pocket a lot, which helped to nullify the pass rush. Lots of rollouts. Lots of screens. Lots of quarterback draws. That turned out to be Suh's quietest game.

Jlew: KU did, and CU did have some, you have to double and triple team him, and even then he seems to find a way to impact the game. Oh and holding works well, ahem CU, ahem.  I don't think the B12 officials call that anymore.

Jon Johnston: Kansas did by using a lot of misdirection and Todd Reesing on quarterback draws. Jlew isn’t exaggerating on the holding calls. The Colorado game was just amazing.

4. DL Jared Crick is having a monster season. What makes him so dominant?

Jon Nyatawa: It helps to have Ndamukong Suh right next to you. He draws a lot of attention. But Jared Crick's a good player. Good luck getting him to admit that. He's a humble guy, a team-first guy. Crick added something like 35 pounds during the offseason and he's learned to play with that weight, probably faster than most expected. He listens to the coaches and does his job without saying much. He's a quiet workhorse.

Jlew: Having Suh on the other side, combined with some great D-Line coaching.

Jon Johnston: What you’re seeing out of Jared Crick is the making of a future star. He’s not Suh (there’s only one), but he’s just a sophomore. He’s going to be making plays for the next couple years because of his strength and quickness. He’s excellent at his first punch and keeping blockers off him.

5. How are the Cornhuskers at pass defense? What about defending the run?

Jon Nyatawa: The Huskers are 25th nationally in pass defense and ranked fourth in pass efficiency. They're 15th in run defense. ... So pretty good. It starts with the front four. If those guys can control the line of scrimmage, bottle up run plays and pressure the quarterback, than the other seven players can sit back and play coverage. They don't blitz to pressure. They blitz to keep opponents guessing and uncomfortable. It's the formula that's been key to the NU success all year.

Husker Mike: Definitely better at pass defense than the run.  5th in the Big XII against the run, but 2nd in terms of passing yardage and first in pass efficiency defense.  Pass defense has been keyed by the defensive line and Ndamukong Suh, who not only pressures the quarterback but also swats down passes like a volleyball player.  Suh is one of only two defensive lineman on the NCAA's top 100 pass defenders (of which 94 are defensive backs).  The push up front has led to running room on the edges especially by mobile quarterbacks when they scramble.

6. Have has the special teams play been this year? Do they have any returners we should be aware of? Have they given up a blocked punt this year?

Jon Nyatawa: Nebraska's kind of sneaky good on special teams. It has the league's best kickoff coverage unit and punter Alex Henery (despite his mediocre average) has an uncanny ability to pin opponents deep in their own territory. Eight of his punt have landed inside the 3. Junior Niles Paul handles most of the returns -- he just ran a punt back 59 yards against Colorado, his first special teams score since last season. Missouri blocked an NU punt on a rainy night in Columbia, Mo.

Husker Mike: Special teams have been outstanding; only one Husker punt blocked this season.  But Henery has been ridiculous with his punting in recent weeks, repeatedly landing punts inside the 10 yard line.  Against Kansas State, he had two punts that took right turns after landing and pinning the opponent deep in the shadow of their goal posts.  Niles Paul had a nifty return last week against Colorado for the opening score, but has only been average this season otherwise.

Jon Johnston: It’s not often you talk about a punter as a game changer, but Alex Henery is that guy. He can punt the ball well enough to flip field position. He had a 76-yard punt against Virginia Tech. He’s had 26 punts inside the 20 (leading the Big 12), and 15 of those have been inside the 10. He had a streak going of 25 straight field goals under 50 yards until it was broken against Oklahoma.

7. What about Texas A&M’s offensive explosion is most encouraging for Nebraska and what they want to do against Texas?

Jon Nyatawa: The success that Texas A&M had on Thanksgiving will certainly aid Nebraska as it prepares for Texas, but I don't anticipate a drastic shift from the approach NU's had for the past month. The Huskers run the ball about 70 percent of the time, mostly out of power formations. They'll try to keep Texas off-balance with play action passes. ... But with that said, I wouldn't be surprised to see some type of new wrinkle on offense, whether it's a formation or play that we haven't seen from Nebraska yet this year. The Huskers know they can't be stale for 60 minutes and win.

Husker Mike: Not sure how much it applies.  Last week's performances by Nebraska and Texas might be explained by teams focusing on the next game against an opponent with much more to play for.  NU is going to try and play power football and not make mistakes, and I don't think that was A&M's plan at all.  Nebraska has struggled with getting receivers free downfield this season, and I don't see that situation improving much this weekend.

Jon Johnston: Add to Mike’s answer - both teams had a short week, and at this point in the season that wears teams down more than most people think.

8. What Longhorn player should concern the Cornhuskers the most? Why?

Jon Nyatawa: Colt McCoy. That's easy. He's an experienced quarterback who can hurt defenses with his arm and his legs. You can play 5, 6 seconds of solid defense and McCoy can still buy time in the pocket, elude would-be tacklers and find a way to gain yards. That's a nightmare for any defensive coordinator.

Jon Johnston: The easy answer here is Colt McCoy. The next easy answer is Jordan Shipley. Gee, I think I’ve heard they’re roommates. And go fishing together... and nearly everything else. One thing people haven’t heard is they feel each other’s pain. I keep thinking if we hit one hard enough, we’ll take ‘em both out of the game.
The real answer is Sergio Kindle. Our tackles have had problems with ends of Kindle’s caliber, which is why we run a lot of heavy sets - to have tight ends help out with blocking on the edge. If Kindle can neutralize two guys in the runs, it’ll hurt whatever offense we can generate. If we go into a spread, Kindle’s pressure can force Lee into a sack or interception, both mistakes we cannot afford.

9. If the Cornhuskers don’t win out on Saturday, what bowl game would be the best for Nebraska’s program? The Cotton Bowl against LSU, or the Holiday Bowl against USC?

Jon Nyatawa: It appears that if Nebraska loses, it's headed for the Holiday Bowl. I don't think it matters where it goes. The Husker coaches recruit a lot in Dallas, and they're there this weekend for the title game. They've pulled a few kids out of the San Diego/Los Angeles area in the past two years too, so that'll help if they indeed go Holiday. Really, both spots will be beneficial.

Husker Mike: For fans that travel, San Diego is much better than a second trip to Dallas.  But in terms of the program, I think the Cotton Bowl is a better destination.  I think USC is a bit of a wounded tiger...a team you really don't want to play in a bowl game.  Then there are the aesthetic issues:  playing a game in Texas against an SEC opponent in JerryWorld.  The game is broadcast over-the-air rather than on cable; no worries about the Humanitarian Bowl running long and pre-empting the start.  It's on Saturday rather than on a weeknight when some people still are working.