Championship week: it's crack for hoops junkies, on par with the NCAA Tournament itself. For Big 12 fans, the Madness starts Wednesday.  Let's take a look at the early games:

THE STAKES:  After which game did the Bears just quit trying? Observing the Baylor implosion has felt like watching a mission-less scene from Grand Theft Auto -- as though the Kansas loss in early February gave them a sixth police star. 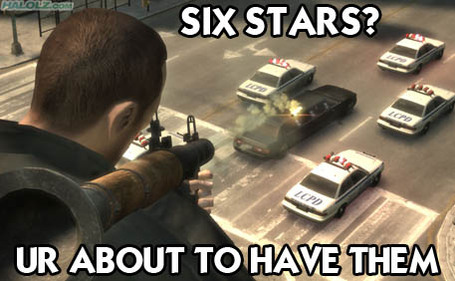 Screw it. Defense is boring anyway.

On the flipside there's Nebraska, who must have driven their fans crazy this season, teasing a surprising run as the Little Engine That Could. Technically, they're still on the Bubble and could play their way into serious discussion with wins over Baylor and Kansas, but the 'Huskers pretty well blew their chances with the crushing loss at the buzzer to Texas A&M.

THE GAME:  Talk about a battle of contrasting styles -- watching this thing's going to be like taking in an episode of one of those painfully awkward reality shows in which a pair of prissy nouveau parents are forced to child swap with two Sooner-loving rednecks. (Redundant?) The Huskers closed the regular season with a win in Waco, but with nothing -- and I mean nothing -- to lose, the Bears represent this tournament's uncomfortably dangerous team. If they decide to play defense and their shooters touch fire... they won't be an easy out.

PREDICTION & ROOTING INTEREST:  Texas fans should pull for the Bears here: Should the 'Horns get by CU and KSU, they'd prefer to face a Kansas team that had to run for 40 minutes with Baylor. I like Baylor to come out and play to their potential, defending Nebraska while pushing the Bears' preferred tempo. Baylor 70  Nebraska 61

THE STAKES:  For Colorado fans, let's be honest: a victory really just represents a chance to bury the major bummer of having just missed the opening weekend of Phish's reunion run. 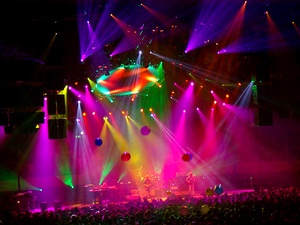 For Texas... well, you could look at this any number of ways.  Obviously, if you believe Texas is still on the Bubble, you really need to root for a win. But let's say Texas is in the field regardless of tomorrow's outcome. What, then?

Comment starter: Would Texas be better served with a quick exit (loss to CU, or win over CU + loss to KSU) which allowed players like Big Dexy to enjoy some much needed rest?

THE GAME: Colorado's lost 11 in a row, is vastly undersized to deal with Texas' frontcourt, and plays lousy defense. Texas simply needs to take care of the basketball, methodically work the post, play within its limitations, and all should be fine.

PREDICTION:  Overtime in Boulder be damned, this looks like a comfortable match up for Texas. I expect a double-digit win. TEXAS 69  COLORADO 55