It'll be the #1 Texas Longhorns baseball team versus the #5 Baylor Bears in a meaningful meaningless midweek game tonight at 6 PM that may get rained out. It doesn't count for conference standings, but it does count in the W/L and it's a matchup of two teams that could meet again in Omaha. Freshman Austin Dicharry is scheduled to get his third career start, hopefully things go better than last time.

Some keys to this one:

Weather (on second thought, this one might not happen): 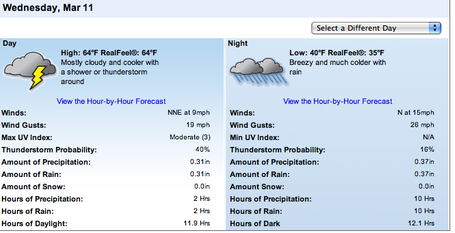 Won't be able to make this one, but will appreciate updates if anyone can provide.