Baseball Takes On Mizzou in Austin

Share All sharing options for: Baseball Takes On Mizzou in Austin

Fresh off a midweek DNP, the #1 Horns return to Austin to take on the Missouri Tigers. Texas and Missouri played a memorable series last year. The Horns led 9-3 through 2.5 innings on Friday on their way to being destroyed 31-12. Saturday featured more of the same, but on Sunday Chance Ruffin became a leader and showed he could be the ace of the staff.

Missouri lost seven of their first eight games but have roared back with wins in six of their last seven. Texas and Baylor did not play Wednesday, so many of the keys to the series remain the same.

*These numbers are just sick

Weather (at least Sunday should be a nice day at the ballpark): 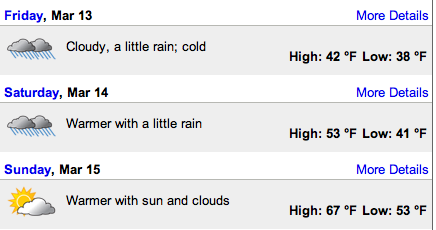