Our tour of the bracket continues with the Just Desserts  Louisville's Reward  Death regional in the Midwest.  (Previously: East Regional)

When trying to explain why this bracket terrifies me so much, I think back to something Bob Knight said a few months ago with which I vigorously agreed: Come tourney time, what you really, really, really don't want to deal with is a team that's going to defend like hell for 40 minutes. Which means the only thing that could have made this regional slightly more scary would have been Memphis on the 2-line.

All data from Ken Pomeroy. Teams listed in order of best to worst within each category. Each team's national rank is listed in parentheses.

Top Conspiracy Candidate: This Regional Did the Selection Committee intend to place 4 of the top 10 defensive teams in one bracket? And 7 of the top 21? If so... does that explain why 11th-seeded Dayton (#44 in AdjDE) and 13th-seeded Cleveland State (#29) also got sent to the Midwest?? "But... but... what about Boston College and Arizona?" you ask of the two teams with opposite profiles (strong offense, no defense). And I answer you with another question: Is it mere coincidence that those are the two teams most widely regarded as over-seeded??!? 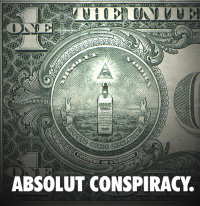 Billy Packer would have sniffed this out.

Best First Round Match Up: (4) Wake Forest vs (13) Cleveland St  It's the young runners (Wake) versus the experienced plodders (CSU), in a battle for control of the tempo. When Wake succeeds in opening things up, they can play with and beat just about anybody. But their young squad struggles when the game slows to a pace that they don't want to play, and few teams play the slow-down game better than the senior-laden Vikings. This could be interesting.

Sexiest Cinderella Pick: (14) North Dakota State  Kansas' "protected" seed draws them a date in Minneapolis with a pesky mid-major from Fargo, North Dakota? Not only is the crowd going to be going berserk for the Bison, but -- more conspiracy! --  the last time KU drew an opening round game against a team with the Bison as a mascot.... they lost to Bucknell.

Best "Shoulder Chip" Game: (5) Utah vs (12) Arizona  The 'Cats have spent this entire week hearing about how they were the Selection Committee's lone mistake. And Utah has spent the week listening to everyone remind them that Vegas has pinned them as underdogs to... the team so many don't think should be in the tourney at all.

The Game College Hoops Fans Should Hope Happens: (1) Louisville vs (4) Wake Forest  You can count on two fingers the teams which can match Lousiville's outrageous athleticism -- Memphis and Wake Forest. The Deacs are young, but to watch their supremely talented offense try to run on Louisville's masterful and athletic defense would be oh so fun to see. Let's hope for it.

How did we get this far without mentioning: (6) West Virginia, (9) Siena, (10) USC  West Virginia is comically underseeded, Siena is deep, experienced, and dangerous, and USC is a team I wouldn't want within 200 miles of my own favorite basketball team. Congratulations, Louisville: this is your reward for being the bracket's overall #1-seed.