8 days until the Louisiana-Monroe game

Colt McCoy is becoming a legend.

"You sign foreheads and you sign arms," McCoy says. "I say, ‘Are you sure your mom says it's OK for me to sign your head?' And the mom's in the back saying, ‘Yeah.'"

It is official. We have a tailback!

McGee and Fozzy Whittaker were the front-runners for the job for the No. 2 Longhorns. McGee pulled ahead when Whittaker missed several days with minor injuries. Whittaker is expected to be available for the Longhorns' season opener against Louisiana-Monroe on Sept. 5.

A rumor without a leg to stand on will get around some other way. ~John Tudor. Richard Justice has heard a rumor that this is Mack Brown's last season.

There's a theory/rumor going around that Mack Brown and Colt McCoy will go out together after this season.

If you love Texas football, you should get down on your knees and pray that this doesn't happen. No matter how powerful the program is, no matter how much confidence Texas fans have in Will Muschamp, there's virtually no chance the program will continue at the same level once Mack Brown leaves.

Want to know a little more about the Warhawks? Here's a preview. 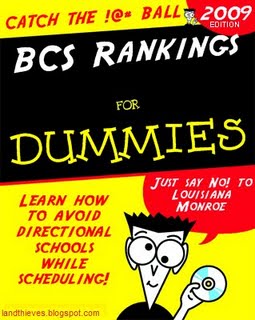 Jeff Fuller had an outstanding freshman season but still wants to improve.

"There are so many things I need to improve on," he said. "I've worked hard on coming in and out of my breaks and running after the catch."

"The pressure is on the sophomore year," the coach said. Sherman will acknowledge, however, "He will be so much better. He's on a mission to be as good as he can be."

Warning: Don't drink while reading. It could be hazardous to your keyboard. The guys at Barking Carnival have put out their Texas A&M Football Preview: Aggie State of the Union.

Defensively, A&M will probably start eight underclassmen and these youngsters will be led by DC Joe Kines, who speaks authentic Western gibberish and once had a torrid affair with Constance Talmadge. A&M fans are dissatisfied with Joe mainly because his defense gave up 37.4 points a game last year and he continues to absentmindedly wear Alabama gear on the Aggie sidelines. Dude can’t find his car keys and his defense gets anime monster-raped every weekend and you expect him to remember which school he’s at? Prioritize, Aggies.

Gundy said he is confident in the depth of the secondary and linebackers, but is looking for depth from that one key area.

"It’s going to come down to our tackle play again," he said. "We don’t have as many guys in there as we would like to have.

The Sooners have another receiver for Bardford. Freshman Jaz Reynolds is expected to contribute this season.

"I see Jaz playing if he continues to perform the way he’s practiced," Norvell said. "He can stretch the field; he’s a very smart kid, which has allowed him to improve quickly."

There is just one thing left for Sam Bradford.

And after coming so close a season ago, the only trophy Bradford and his teammates have in mind is the crystal football handed out in Pasadena in January.

"When you think it's going good, it's never good enough. When it's bad, it's never as bad as you thought it was," Williams said. "We're never perfect. We've always got something to work on.

"No matter what, all the records set, we still were on the losing end of the national championship, so in our mind we've still got a lot to work on."

"When you look at Auston English, Jeremy Beal and Frank Alexander, those are as good as defensive ends as we’ve had as a group," Stoops said. "And then inside with Gerald McCoy and Taylor and those guys, they’ve really played well. I’m hopeful that we can have a really special defense."

But Stoops wasn't quite as impressed with his offensive line this spring.

In the spring, coach Bob Stoops delivered the first thump, referring to his offensive line as the team’s "weak link." He struck again in May, sending sophomore Alex Williams back to the bayou for good at the start of the summer, saying he wasn’t "doing what he needed to do."

Finally, in July, the offensive line took its hand off the snooze button, ready to put a real start to the season.

"Honestly, we were just going through the motions," said freshman center Ben Habern.

Sooner Sports previews the linebackers. What's left of them, anyway.

Found on an SEC sports forum:

"They could have better defensive people overall, but it's easier to play better defense when you're not going against a great quarterback," Bob Stoops said. "When the guy behind center isn't special, it's always a lot easier to defend."

A nickel, dime or an entire buck? This is the Jayhawk question.

Kansas spent, if not the entire practice, the vast majority of it playing with two linebackers and five defensive backs, which contradicted coach Mark Mangino's media-day assertion that KU's defense would look the same from the press box as in years past, which contradicted his spring suggestion that the Jayhawks would play primarily with two linebackers.

"Close to 80 percent of the time we are playing with two linebackers and an extra safety," Mangino said in March.

Players and coaches were not made available to reporters Wednesday, so if KU was just working situationally on its nickel defense or something, that explanation will have to wait.

Bold predictions are coming out of Lawrence.

And quarterback Todd Reesing made the kind of prediction guaranteed to excite fans, but one that was rarely -- if ever -- uttered around the Jayhawk program before he arrived.

"A lot of people come here and they say, ‘Boy, Memorial Stadium is a pretty place,’" Mangino said, looking toward the hill, which under a gray sky looked cooler than ever. "We don’t want pretty. We want hostile. You make it hostile."

Awesome stuff during an age when urging hostility of any sort is a major no-no.

Nebraska's Marcus Mendoza will return to running back.

Nebraska's Marcus Mendoza was told to hang in there at wide receiver last week when he asked his coaches about the possibility of returning to running back.

A couple days later, after Quentin Castille was kicked off the team, the coaches came back to Mendoza and asked him the same question.

Mendoza was happy to oblige.

"It feels more natural," he said. "Wide receiver was going well, but I just kept finding myself looking over at the running backs and wondering what could happen if I was there."

Dan Hawkins isn't naming his starting quarterback until the day of the Colorado State game.

Those Bears just cannot contain themselves. They are anticipating great things from every sport.

Art Briles will need a program just to figure out who his players are. One player has changed his number three times.

Beano Cook is backing up Lou Holtz's claim that Notre Dame will be in Pasadena.

Cook, now a college football commentator for ESPN, predicted Wednesday that Florida will play Notre Dame for the national championship this season. While Florida appears to be the consensus pre-season No. 1, the Longhorns look to be a solid No. 2. Cook said there might be better teams than the Irish this year, but that their schedule was favorable, as was that of Penn State. 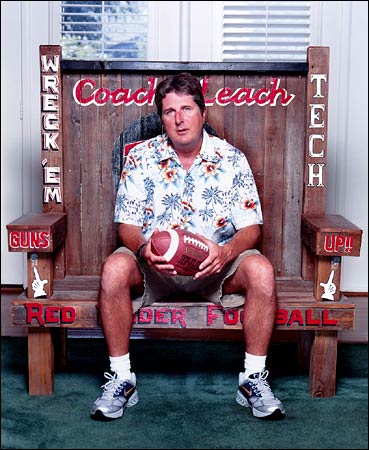