...this post might make some of you angry, it might make you upset, and it might even cause some of my closest friends to yell at me.  I can deal with it.  Ever since I wrote my Hyperizers column last week, I've needed to get something off my chest.  I've thought carefully about this statement, and I'm ok with putting this out there for public consumption.  As of right now, I'm officially more excited about basketball season than football season.

This statement deserves immediate and substantive caveats, but I feel pretty strongly about this conviction...after the jump, I invite each of you to walk with me through this minefield.

Before we begin, I need to make a few housekeeping notes...first, I still plan on writing about the potential improvements to the Erwin Center atmosphere, but that will be postponed for a few weeks.   Second, I demand that each of you read this article over Avery Bradley, who has already been tabbed as a pre-season All-American.  Here is the money quote from the article:

"His makeup is all systems go, 100 percent of the time," said Garry Ward, who coached Bradley on the AAU circuit with the Northwest Panthers. "The same way Gary Payton played great defense and Dennis Johnson played great defense, Avery Bradley plays great defense. He doesn't know anything else. He just knows when he's on the floor, he's going to compete offensively and defensively.

"You see a lot of great, athletic players where you wonder as a coach or as a sportswriter or as a fan why that player can do anything he wants offensively, so why can't he do it defensively? Because they don't want to. Avery Bradley wants to. That's the difference. He wants to guard. He wants to compete."

Finally, the BON Basketball Headshed (Wiggins, PB, BigRoy, and myself) will be unleashing a massive Roundball Roundtable Discussion on all of you next week.  I really, really, really think each of you will enjoy it, and we'll have it up as soon as possible.

As I said, my previous statement deserves immediate and substantive caveats.  First and foremost, I dont think the basketball team will necessarily be more successful than the football team.  The difference is a bit more nuanced.  As the current football narrative revolves around a methodical march towards a Pasadena Showdown, the reality is that anything else will be considered a disappointment, especially considering the fallout of BYU's shocking upset over Oklahoma.  Basically, anything less than perfection over the next three months will effectively ruin the season, which eliminates the ability to enjoy each individual game outside of its overall purpose towards the expected narrative.  Rephrased another way, with Texas ranked second and probably favored to win every game the rest of the regular season, the individual games only represent the possibility of losing the narrative rather than the possibility of creating a more comprehensive or ambitious narrative.  From our lofty perch, it's Pasadena or bust, especially with the favorable schedule.  For all football fans, the destination matters more than the nature of the journey; in fact, the destination is ALL that matters. 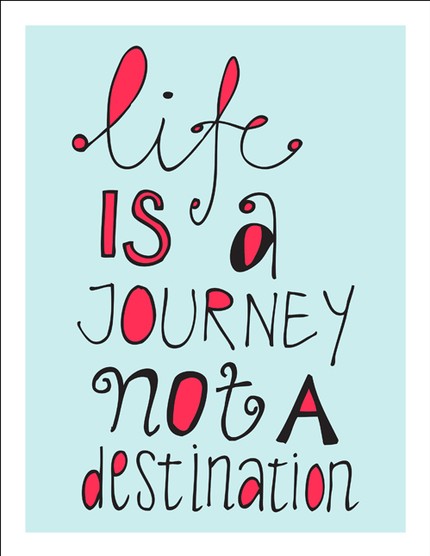 Whoever wrote this obviously hasnt met a UT Football Fan...

On the flipside, the regular season for the basketball team simply provides a plethora of opportunities for this insanely deep and supremely talented team to sharpen its weapons for battle in March.  Even though the team will test its mettle against the titans of college basketball--UNC, Kansas, Michigan State, Pittsburgh--during the regular season, no single game can effectively "ruin" our season.  Texas will forge its ultimate identity over the course of the season, rather than trying to preserve the identity it acquired before the season.  To further the contrast with football, the difference with the basketball season is that the successes along the journey only indirectly connect with the ultimate destination; for example, a close loss to Michigan State might better prepare the basketball team for the postseason than a curbstomping of Texas State.  The converse cannot be said for the football team.  As fans, we can feel free to appreciate the moments and memories of each individual game, without worrying about its effect on the season.

Even if you dont agree with me, I want each of you to realize that we are on the verge of witnessing something very special.  As I continue researching this team and the upcoming season, it is becoming readily apparent that Rick Barnes is holding the reins of a bonafide juggernaut.  Ever since I penned the Hyperizers post from last week, I cannot stop thinking about how this season--my last as a student--could trump each of its recent predecessors.

Bottom Line--I absolutely think this will be a basketball season that we will all remember, but, even further and more importantly, it could potentially become a season that none of us will ever forget.