Can you believe we're just two days from kickoff? Outstanding.

Less outstanding, I'm on question four of ten, which means I'm either going to zip through much shorter answers or (more likely) this thing's going to be Five Questions for Texas Football. Regardless, on we go.

After the jump: Beets, bourbon, and high impact breakouts.

4. Whose breakout seasons would provide the most team benefit?

Every so often a study is released showing that people with a diet rich in _____ are 20% less likely to develop mesothelioma, and for a while we all go out and consume more oatmeal, or mackerel, or beet juice, or whatever it is, even though we always thought mesothelioma was some disease you could only get from watching Jerry Springer while nursing a craving to sue the pants off of somebody, and though even the stench of beet juice makes us cringe so hard that our blood pressure rockets off the charts and into the arms of Lipitor. It happens all the time, and there will be a new study out before you know it, telling you one more thing you need to do to live forever.

What if it were bourbon? 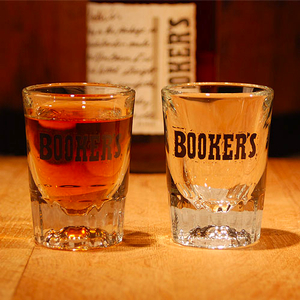 We've spent some time scouting breakout players already, but today's discussion is focused on finding the bourbon: While a breakout season from any Longhorn will be a boon, I've got my eyes on these six guys as players whose breakout seasons would be especially exciting and rewarding. Like being told to drink bourbon every day.

Eddie Jones, DE  Everyone's expecting an Orakpo-esque senior season from the quick and powerful Sergio Kindle, there's excitement about what Sam Acho will do in a full-time role, and fans are frothing at the mouth about Alex Okafor's potential. It's enough to make it easy to overlook just how much depth and talent Texas actually enjoyed at DE last season and underrate how important it will be for Jones to start becoming the player fans thought he could become when he signed as a five-star prospect from Kilgore. Fans are rightfully focused on the situation at tackle, but there, too, the value of Jones is relevant: the more opposing defenses are dealing with another army of disruptive talent at defensive end, the less the pressure on the interior linemen. So is Jones ready to break out? He's on at least one of my lists, so I'm hopeful. His play in Lawrence last year led me to believe he's on the cusp.

Michael Huey, RG  What does it say about your offensive line when the player many fans are most excited about is back up center/guard David Snow? A lot more than '90 returning starts' ever could. I've grabbed a seat on the Snow bandwagon, too, and wonder whether Charlie Tanner really has what it takes to hold him off. (And if he doesn't, whether the offensive coaches are as committed to the Best Players Will Play philosophy as is Will Muschamp.) But even if Snow's good enough to replace one of the two starting guards, the other must stay, and for my money it's Michael Huey, much more so than Tanner, who has the potential to be a strong contributor this season along the line. Another Kilgore product, Huey is both strong and talented -- enough so that I thought he'd hold the starting job last year when Tanner missed three games injured. He didn't, but entering his third year in the program, I'm hopeful this is the season the execution matches the talent. Texas would benefit tremendously if it is.

Tray Allen, OT/DT  Like Eddie Jones, Allen was a five-star prospect out of high school; unlike Jones, he didn't get a redshirt year and has spent his first two seasons on campus underwhelming fans as a backup. Fair enough, but fans at this point need to realign their expectations to focus on team needs: Set aside whatever disappointment you may harbor that Allen's not a dominant starting tackle and just consider how valuable it would be if he does take a step forward this year and provides for the '09 Longhorns (1) strong back up play at LT for Adam Ulatoski and (2) helpful depth as an emergency DT. Setting aside that the team is going to need Allen to have a strong senior season to compete for the Big 12 title in 2010, the need for depth on this year's team is upon us. While Allen may usefully be deployed as an emergency DT -- should it come to that -- the coaches understand that its his development as an offensive tackle that's most crucial.

Fozzy Whittaker  -OR-  Tre Newton, RB  They bring different skill sets to the table, but I don't know that it matters too much whether one or the other has a breakthrough campaign. What does seem apparent, however, is that Texas would benefit enormously from one of them emerging as a complementary threat to Vondrell McGee. This is not, for the record, a knock on McGee, of whom I expect good things. Instead, these two players represent additional value-added to this offense that will be important to lessening the load on Colt McCoy. Maybe Colt goes all super-robot again, completing every single pass and leading the team in rushing, but we'd rather not have to count on that if we don't have to. My personal preference would be to see Whittaker get healthy, stay healthy, and find his groove in live action, but I'm more and more convinced that Newton can provide a different, but similarly valuable, boost from the position.

Malcolm Williams, WR  For obvious reasons, I'm not going to name any names at the tight end position, so let me conclude by noting that a big season from Malcolm Williams might be the single most valuable breakthrough to Colt McCoy and the 2009 Texas offense. We all know about his outrageous athleticism and impossibly long gait. What we don't yet know is whether he's ready to spend his junior season being for Colt McCoy what Limas Sweed was during his own junior season. If he is... yeah. Sit down, Big 12.

Huh. Just one defensive player named... Make of that what you will.

Who are your impact breakthrough players for 2009?