The Red Raider fan base is not happy with Sergio Kindle.

Brown that McCoy has been hampered by his team's lack of offensive productivity and cohesion so far this season. Those struggles particularly showed up in the Longhorns' recent victories over Wyoming and Texas Tech.

But Brown added that McCoy's numbers in the second half are as good as he produced last season when he finished second in the balloting for the Heisman Trophy.

"As you look at Colt's stats, they aren't as good in the first half, but his stats in the second half of the ballgame the first three weeks are better than they were at any time last year," Brown said. "It is not a question of Colt not starting well. We as an offense have not started well."

The Texas coach also said he is determined to fix his team's slow start when the Longhorns meet UTEP Saturday in Austin.

Mack Brown didn't even want to shake hands with McCoy.

Brown said a few other players he would not identify also had flu symptoms last week. He worried McCoy could spread the flu because he touches the ball on every snap.

More on the 'Wild Horn' from Mike Finger, Houston Chronicle.

The "Q" hasn't really changed. But the context has.

Last year, Chiles was still a backup quarterback. Every time the Longhorns ran the "Q," he would have to enter the game from the sideline and substitute for a wide receiver. The defense saw this coming, and could substitute accordingly.

Now, though, Chiles is already on the field as a wide receiver. So when he lines up behind the center and McCoy runs out to the slot position, it comes as more of a surprise. Additionally, Chiles does not feel the pressure of having to make something happen with limited opportunities. He's already making plays at wide receiver, which means he can use a more even-keeled approach in the "Wild Horn."

More on that payback theme circulating in every sports page. From the Ft. Worth Star-Telegram:

It could be defined as payback, in the strictest sense of the word, because the Texas Longhorns successfully avenged their lone loss of last season Saturday in Darrell K. Royal-Texas Memorial Stadium.

As of 9/22/09, Colt McCoy is running third in the Heisman Pundit poll behind Tim Tebow and Jahvid Best.

Donald Buckram is becoming the Miners' featured back.

Through three games this season, that may be starting to change. Donald Buckram is starting to take a stranglehold on the job.

"Running-back-by-committee was the way we went into the season," UTEP head coach Mike Price said. "Buckram got the reps and he ran away with the job. I'd like Donald Buckram to carry the ball 20 times per game. That means we're being successful with it and he's sturdy enough to do it.

Thanks for the love. We are sure Mack Brown will have warm and fuzzy ditties about your team shortly.  From Miner head coach Mike Price:

"They are coached by the finest college football coach in America in Mack Brown," Price said. "It's a tremendous program. He is a great role model for any coach at any level. We're so proud to have him in the state of Texas and he's a real credit to the profession. He's a wonderful person and his quarterback is the same way.

"It goes without saying that they're the best football team in the country right now. I think they're tremendous."

The school newspaper thinks the Miners just might pull off a victory.

The best indicator for the Miners that a victory against a top-five team is possible is that it has already happened once every week this season. Third ranked Oklahoma lost their season opener to BYU 14-13 Sept. 5, Houston defeated fifth ranked Oklahoma State 45-35 Sept. 12 and Washington upset third ranked USC 16-13 Sept. 19.

Take Monday morning for example, when he was greeted with a standing ovation when he arrived for his learning theory class.

"I had never seen anything like that," Nwachukwu said, laughing. "The students have a lot of spirit and it was good that I was able to have a big game and give them something that would be exciting to them."

"He'll make you a little nervous because he's so green," Aggies defensive coordinator Joe Kines said. "But he's a pleasure to coach. He's got quickness, acceleration, and the game is important to him. But it's hard to cram three or four years of experience into a guy who at this time last year was in senior English."

Porter, a member of the Express-News All-Area Sub-5A first team a year ago, is one of the Aggies' first players off the bench.

Mike Gundy talks about the Rice game and injuries.

The Cowboys have been plagued by penalties.

"He threw it and I just broke down and…"

"It felt great to be in that spot," said Martin, who drove his shoulder into Randolph’s chest.

And then, yellow flags flew.

The wrath of Bob. Stoops does not want his players talking about Sam Bradford.

Oklahoma coach Bob Stoops said he was disappointed some of his players spoke Monday about injured quarterback Sam Bradford's limited return to the practice field.

"I'm not trying to be coy," Stoops said. "I just don't want Sam to have to deal with the pressure of everybody's expectations, because it's just not fair."

But though Balogun’s loss has dimmed in import, it is no less tragic to Balogun himself, whose collegiate career apparently has ended.

At least he’s in good company. A century ago, another Oklahoma athlete’s career was tarnished by the "semi-pro" tag.

In 1913, Thorpe was stripped of his Olympic gold medals in the decathlon and pentathlon because he was considered a professional, having played semi-pro baseball in Rocky Mount, N.C., in 1909 and 1910. Rocky Mount then was in the Eastern Carolina League.

It is a little late now. Bo Pelini questions the Menelik Holt catch in the end zone.The official ruled that he did not have control of the ball.

Pelini said yesterday that no one play cost Nebraska the game. But he said that judging from the film, it looked to him as if Holt held on for what should have been a 21-yard touchdown pass in the third quarter. With the extra point, that touchdown would have given the Huskers a 19-10 lead.

Officials ruled that Holt bobbled the ball as he went out the back of the end zone.

"He’s on the money with his routes every day," said Gabbert, whose Tigers (3-0) play on Friday night at Nevada (0-2). "He always has great hands. Never drops a ball in practice. Really, his practice habits carry over in the games, and you saw that against Furman."

Kansas basketball and football players got into a fight.

"We are aware of an incident that occurred last evening that involved members of the football and men’s basketball teams. I am disappointed that some of our student-athletes put themselves in this position, and it’s something that I am taking very seriously.

Gary Parish has more on the fisticuffs.

Jayhawk Maxwell Onyegbule wasn't even expected to start this season, but he has turned into the top defensive lineman.

Onyegbule, a converted high school linebacker, has emerged as the Jayhawks’ top pass-rusher. He is among the team leaders in sacks (three), tackles for loss (4.5) and tackles (12).

"It’s not really been a surprise for me," said Onyegbule, a finance major who dreams of being accountant after his graduation from college. "I always knew I had it in me and was capable of doing something like this. When I got the opportunity, I just wanted to make the most of it."

The Cyclones play Army this weekend. It will be a challenge.

The Cyclones are averaging 209.3 yards rushing. The Black Knights are holding opponents to 77 yards per game on the ground, which ranks 16th in the nation.

If ISU (2-1) is to light up the scoreboard against Army (2-1) Saturday, it will have to find a way to establish the run.

"When you get that sack, it's the main course," he said. "The hurries help, (though) even if you get a hurry, the quarterback can still make a play.

"But when you get a sack, the play is done, and that's the greatest feeling in the world."

It's not a feeling the Wildcats have experienced since their season-opening victory over Massachusetts. Little did Jeffrey Fitzgerald know at the time that his single sack from a defensive tackle position would be the only one on the ledger after three weeks.

Even though Bill Snyder's o-line allowed six sacks, he is still happy with their play.

Looking back at the UCLA game, not all six of those sacks were traditional pocket tackles of the quarterback. On one occasion Carson Coffman fumbled the ball out of bounds. On another, he made an awful pitch on an option play.

Now the Bears don't want the hype? They are blaming the buzz around the program as the enemy in the loss to UConn.

"This is my fifth year here and I haven’t ever heard that much hype about a Baylor football team and how sold out it was supposed to be," Bryant said. "I think we kind of let it go to our heads a little bit. But now we know we’ve got to get back to work and back to the basics and we’re not going to let that happen anymore." 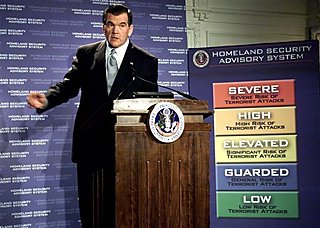 Athletic departments are worried about the terror threat.

Homeland Security identifies stadiums and arenas as key assets in the national infrastructure, which it defines as potential targets of terrorism. That's because they provide opportunities for mass casualties, economic disruption and global news media coverage, McGee said.

Be careful out there this weekend and remember to report any suspicious activity.

The BCS Guru has the weekly rankings. Texas is No. 2 behind Alabama.

The flu could have a big impact on the college football season.

Here's a post-apocalyptic look at the future for you: The BCS national championship game canceled because of the flu.

OK, admittedly there's a bit of Chicken Little mixed in there, but consider how the game is at the mercy of current outbreaks. The seasonal flu mixed with the H1N1 virus is currently ravaging the country. Several schools have been hit, hard, by the flu to the point that Mississippi would have had a hard time fielding a team two weeks ago.

This guy loves being a Baylor Bear. It is time for a Bear beat-down on November 14. These people are out of control.