"There's no doubt in my mind that Texas is the No. 1 team in the country," said ULM coach Charlie Weatherbie. "They're a great football team, have great talent, and of course with Colt McCoy running the show out there, he's an excellent quarterback. It seems like hes slippery, gets out of trouble and makes things happen."

There were some miscues last night.

McCoy's seven incompletions in the first half were more or equal to his total in eight games last season when he set an NCAA record with a 76.7 percent completion rate. Three came on dropped balls and he threw an interception.

New starting tailback Vondrell McGee fumbled twice, likely putting his position in jeopardy despite rushing for a game-high 70 and a late touchdown. Until his two drops, Texas had gone 17 games without a lost fumble by a running back.

A redshirt freshman named D.J. Monroe made quite an entrance Saturday night.

And most impressively, it came from a blur of a redshirt freshman named D.J. Monroe, who returned a kickoff 89 yards on his first college play and then showed his blink-quick stuff at running back.

Sam Acho played by his instincts.

Sam Acho spent all offseason focused on the playbook.

The goal was to recognize.

What was the formation? Where were his responsibilities? What are the possibilities?

It was all about knowledge.

But all that knowledge didn't help the Texas defensive end in the season opener.

Instead, his instincts took over.

"See ball. Jump on it," Acho said when asked to analyze his performance during Texas' 59-20 victory over Louisiana-Monroe.

"Colt wasn't as pleased with himself in the first half, but his standard is set really, really high," Texas coach Mack Brown said. "If we were great tonight, why practice any more? Opening games should be your worst."

The ULM game was the opening salvo in a season projected as both a Heisman Trophy campaign for McCoy and a projected run to the national championship game at the Rose Bowl for his team.

The game succeeded on both levels, McCoy said.

"We completed a lot of balls," McCoy said. "I feel good about the game. Anytime you can score 50 or more points, that's a good night."

After players have completed two years at a school, they have to show academic progress toward a degree, per NCAA rules. They can still be eligible to attend classes at UT — and all are doing so — but they might not be able to play in games.

The school still is waiting to see whether they will be eligible for the year.

The Horns answered the Statesman's questions... Well, maybe not the one about a tight end.

Is there a tight end: Would a tight end emerge to give Colt McCoy another weapon?

Answer: No. The tight end position wasn't utilized Saturday as a passing option. The search continues.

We got what we paid for.

Texas got exactly what it paid the Warhawks $850,000 for: A much-needed tuneup that quickly turned into a rout in the opener for both teams. 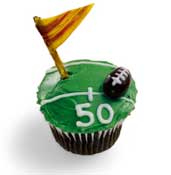 Sometimes that cupcake game is just what you need to start the season.

Tomorrow's Daily Roundup will have more on the game.