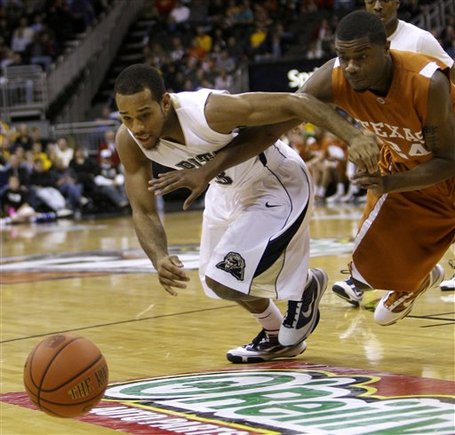 Damion James is the Big 12 Conference Player of the Week.

He received a bachelor’s degree in finance from the Red McCombs School of Business, was accepted into medical school at UT Southwestern Medical School at Dallas and capped off his collegiate career with a National Championship as a member of the 2005 Texas football team.

"It meant the world, it was incredible," Meijer said of his collegiate experience. "I was blessed, I was at The University at just a great time."

Now a semester away from graduating from Southwestern, Meijer remains involved in the Texas community, serving as the student regent on The University of Texas System Board of Regents after being selected as the fourth student representative by governor Rick Perry in May.

The Aggies want more improvement. And the Big 12 crown.

"The first goal is to contend for, and win, the Big 12 South," quarterback Jerrod Johnson said. "I think we have all the pieces in place to be capable of doing that."

He survived Auburn, which has to be the spookiest coaching graveyard in the land.

No one has done it since Chet Wynne left Auburn after the 1933 season to coach Kentucky in 1934.