In the Trenches - Some Unseen Possibilities

Share All sharing options for: In the Trenches - Some Unseen Possibilities

Well now, I've finally burned off all those Christmas sugar calories and made up all the hours of missed New Year's Eve sleep, and what's that? The national championship game is upon us? Hell, I thought it would never get here.

I've taken the Rip Van Winkle approach to the lead-up to this game. I've read few prognostications that had any authority or real thought put into them, and the blather from ESPN makes my mother-in-law sound like Bill Belichick. So, I've slept through most of it. 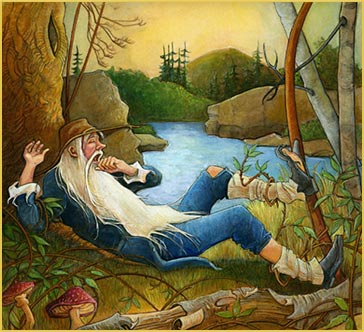 But now the day is at hand, the excellent series of snapshots and stories by GhostofBigRoy, statistical analyses by TheElusiveShadow, and broad overviews by our master Peter are in, and it's time to wake up and get the mental gears cranking.

My purpose here is to point out a few things that I think no one, or at least no member of the media (isn't that the same thing?), is really looking at. These are likely schemes, player matchups, psychological issues, injuries, and anticipated brain farts that I think (for what that's worth) will heavily influence the outcome of the game. I'm also not interested in making the many Bama fan readers of BON (as muchas I've appreciated their classy reparte' in the past two weeks) happy - this is a hopeful column.

As with any top flight scientific theoretical exercise, let's begin with a few debatable assumptions.

1. Jordan Shipley wasn't really at the Big 12 Championship game, or at least not all of him. He suffered a mysterious (aren't they always with the Horns) foot injury in the second half of the A&M game, and after reviewing some game tape, I think it affected his explosiveness, which after all is the key to his game. Let's assume that the mysterious injury is now healed and The Roommate is now an All-American for which Bama may have no answer.

Jordan Shipley: Will his quickness be back?

2. Greg Davis will try something new. Like the Christmas present sent by my 88 year-old aunt (no it wasn't a cat), and as per GhostofBigRoy's rant against Richard Justice, I'm somewhat afraid to see what it is. But I'm certain we'll see something new from the Texas offense. 30 days isn't long enough to install the wishbone, or some such, but

3. Will Muschamp will trust his players. There will be no sell-out gambling or tricky, complex coverages for the Horns to blow in this game. The defensive strategy will be identify the gap and fill it and don't stop tackling until the ref says break it up. I expect

4. The coaches for both teams will try to put their strength against the other team's weakness. That's such an obvious thing to say, I'm embarassed to have to write it. But it is a very important principle in understanding how I think the game will play out.

What, pray tell, are these strengths and weaknesses?

For Texas, their offensive strength is Jordan Shipley and Colt McCoy's ability to make the same read on coverages and blitzes, Malcolm Williams' still untrusted, but very real ability to make tough catches and beat almost any single coverage, Tre Newton's ability to find the cutback lane, and Colt McCoy's threat to run and ability to improvise. Their weakness is the ability of the offensive line to see the field and to deliver cut blocks in space, both heavy requirements from the current blocking scheme. Their defensive strength is the ability to play man-to-man defense and make plays on the ball in the secondary, to generate pressure on the QB from the defensive tackle position, and to have sufficient overall team speed to run down any slowly-developing plays like screens and draws. Their defensive weakness is incinsistency in their ability to play effective zone defense, particularly in the transition of receivers from linebackers to safeties, frequently poor tackling ability at the corners, a lack of closing speed at free safety, and cornerbacks who sometimes do not have their head in the game.

For Alabama, their offensive strength is the power running game, which allows Mark Ingram to make plays and for the offense to control the clock, the ability to execute effectively from a wide variety of formations, and the talents of Julio Jones and Marquis Maze in running routes on play-action passes. Their weakness is in not having a good but not great QB in McElroy who has fewer improvisational skills. On defense, the Tide is strong in its ability to blitz from confusing and unpredictable angles, a scheme that allows superstar players to make plays in the middle of the field, and its intelligence.

So these assumptions add up to exactly what? A victory for Texas. To see how exactly, make the jump

Strange patterns. The Horns have a great passing concept, but they just need some new patterns that will help free the receivers. This might be the best chance for something new from Greg Davis. With Jordan Shipley healed and ready to run and cut, instead of fall down, look for him to attack the safeties deep and let Kirkendoll or Williams drag the middle (We haven't really seen that this year). Other possibilities including going 4-wide and sending Buckner on out routes instead of always(!!) up the seam or on crossing rroutes. Thsi Alabama scheme is designed to cut the crossing routes by using tight man defense on the corners and zones in the middle with linebackers and defensive backs cutting off routes from unusual angles. Other possibilities are to send 3 receivers wide and then up the field on deep routes and curl Buckner or Greg Smith, depending on the formation, underneath these patterns. Yet one more option is to show the bubble screen look to Kirkendoll outside Shipley, pump fake, but have Shipley run past the back defender instead of block and go deep.

Play-action out of the Jumbo, jet sweep, and jet tempo looks, in which the Horns have run the ball 99% (or more, if that's possible) of the time. Look for passes on 3rd and 1 or 2, but not out of the empty set. Cody Johnson is the best decoy in America - use him!

As many have pointed out but not fully understood, Alabama relies on their defensive line to contain the pocket and blitzes or twists to generate pressure on the passer. This means that the Horns may be quite successful with a series or two that features 5 wide receivers. Alabama hasn't seen it much (only Arkansas and Auburn) and it puts enormous pressure on the perimeter, where Bama is good but not the strongest.

Texas has run very few trick plays this year, in the Greg Davis tradition. Look for flea flickers, a reverse to Goodwin or Monroe, and maybe even, gasp!, a draw play. Misdirection doesn't always work against a disciplined unit like the Tide, but Texas has been so predictable this year, almost anything new out of the "same old" formation may be highly effective.

Plays we (hopefully) won't see much of, because they are unlikely to work against Alabama's scheme: QB draw, speed option, counter or any running play designed to go straight up between the tackles.

That covers the offense.

For much of the game against Nebraska, Texas featured 3 DT's on the line in a 4-3 defense: Houston and Acho at end and Alexander and Randall at the tackles. Look for more of that - the one thing that would kill Texas' chances in this game is if Alabama can rip off 4-5 yards on almost any running play. You can bet that Bama will pit its power against the lack of size and depth on the Texas defensive front.

Look for the Tide to show an unbalanced line to one side and to atack the weak (opposite) side, likely with Colin Peek the TE or the H-back. This weak side usually features Keenan Robinson backed up by either Nolan Brewster or Blake Gideon, and the combination has given up many of the big plays. It will be important for Muschamp to move Kindle or Aaron Williams to the weak side of any formation regularly to keep the defense balanced.

Muschamp will expect the Browns to be able to handle Jones and Maze man-on man in short patterns with some help deep by Gideon. Let's hope that, it being THE NATIONAL CHAMPIONSHIP GAME, Chykie and Curtis have their head in the game.

With Aaron Williams' knee presumable healed, look for more blitzes at key points from DB's, particularly if Alabama decides to surprise and show a spread formation.

I think Texas needs at least 17 to win, and there will be lots of field goals. The team to get two touchdowns wins - Texas 20 Alabama 16.