Share All sharing options for: Snap Shots: Despair, Disgust, Disbelief, and Dissociation In the Little Apple

This is the third of three posts sponsored by Samsung. Intro here.

There wasn't anything positive to take from the Kansas State disaster either offensively or defensively. So that rules out a Snap Shots post talking about anything successful.

There were certainly plenty of negatives -- failing to convert third and shorts early in the game, five interceptions by Garrett Gilbert, numerous breakdowns by the defense. It's getting old talking about defensive mistakes at this point and the mistakes by Gilbert were mostly just forcing the ball into coverage or not putting it where he wanted it, nothing to break down in particular on those plays.

Perhaps the most remarkable aspect of the game was the looks on the face of Texas fans in the stands of Bill Snyder Family Stadium. Looks of despair, disgust, disbelief, and dissociation.

A breakdown of the what Longhorn football looks like in 2010 after the jump. 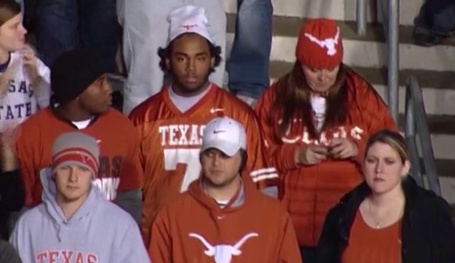 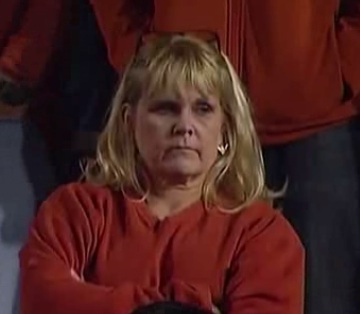 The "It's Happening Again" look (Disgust) 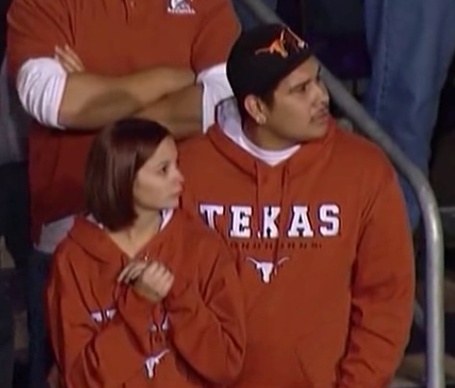 The "Does Our Running Really Suck That Much?"* look (Disbelief) 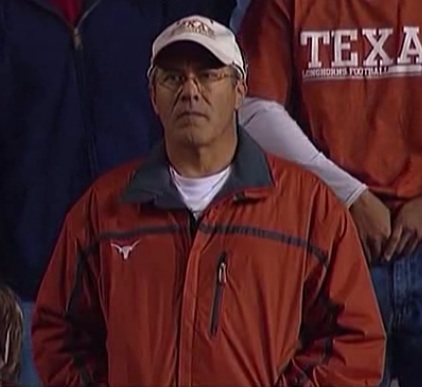 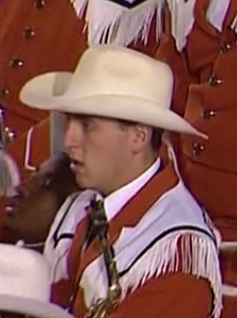 ** Like Bevo at a home football game, this young man may be on a heavy dose of tranquilizers, hence the inability to keep his mouth closed and the blankest of blank looks. 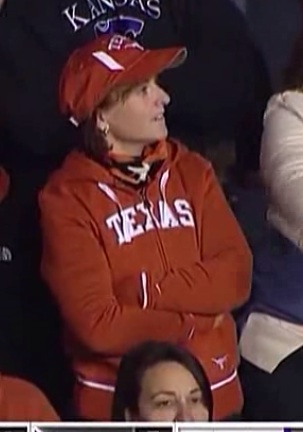 The "Deer in the Headlights" look (Disbelief) 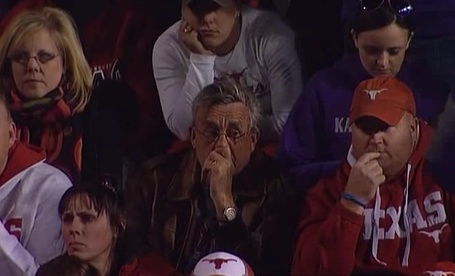 There are no words for this (Despair, Disgust, Disbelief, Dissociation) 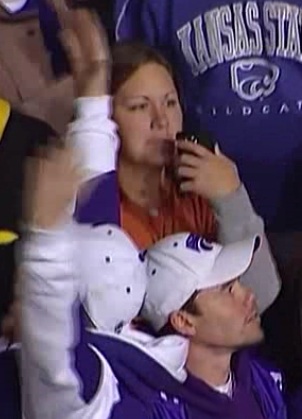 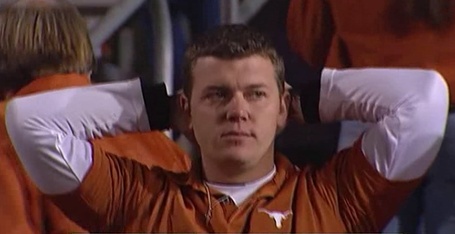 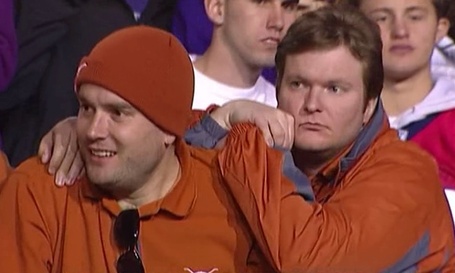 On the right, the "Sad Puppy" look (Disbelief), a look of disgust on the left 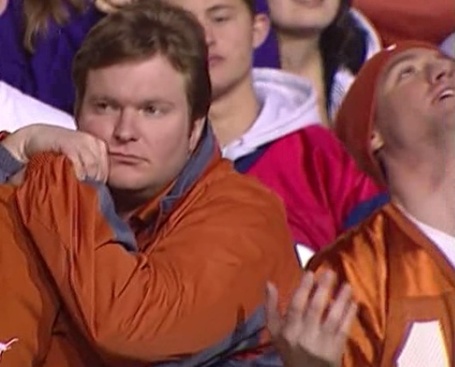 On the right, the "God, Why Have You Forsaken Us" look (Despair) 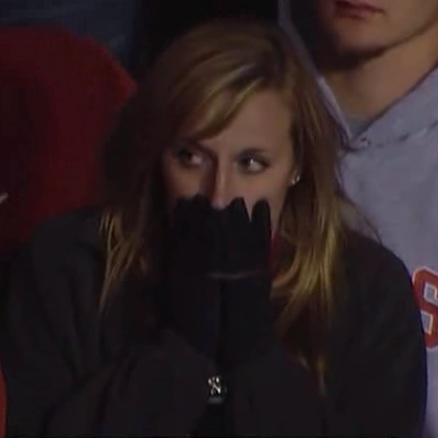 The "Just Drove By A Serious Accident" look (Disbelief)

Interception starting the second half 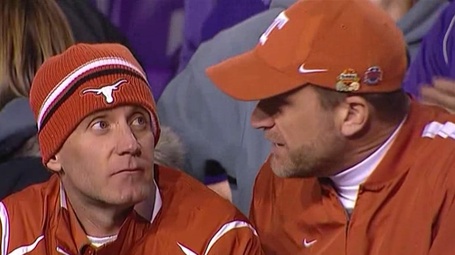 The "This Team Can No Longer Hurt Me" look (Dissociation) 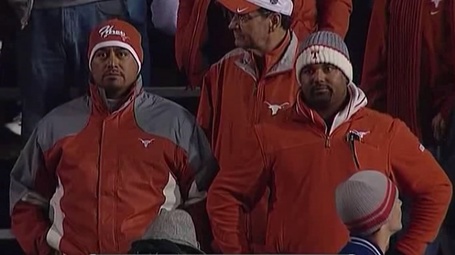 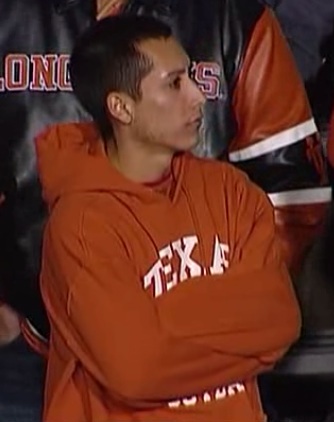 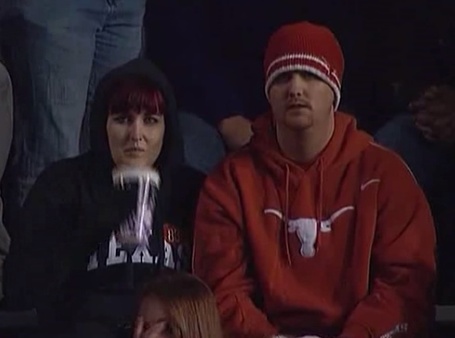 On the left, the "Absolute Disgust" look (Disgust) and on the right, the thousand-yard stare, version 6 (Dissociation) 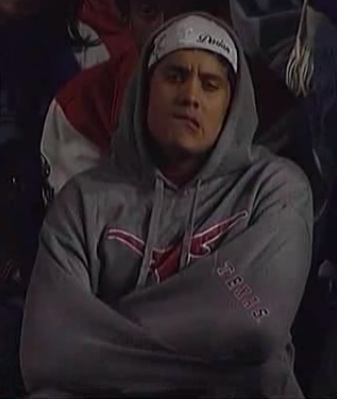 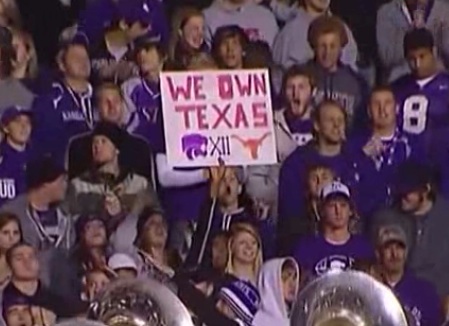