Bevo's Roundup - Have A Great Holiday

Share All sharing options for: Bevo's Roundup - Have A Great Holiday 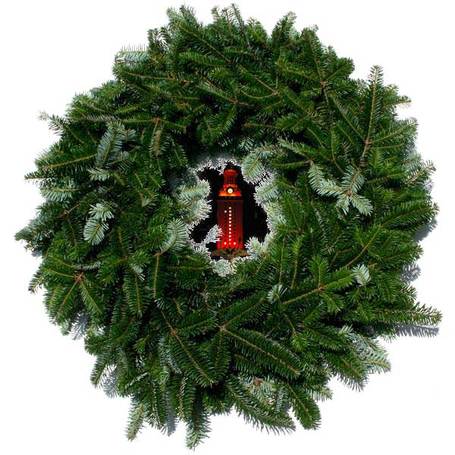 All I want for Christmas...

Lots of stuff going on in Austin.

Spartan guards Korie Lucious and Keith Appling hope to be back for the Texas game.

Both Korie Lucious and Keith Appling have been limited in practice since suffering injuries in Saturday's game against Prairie View.

Lucious, a junior guard, sprained his right ankle, the same one he hurt earlier this season while the Spartans were in Maui and it never healed completely.

His status for Wednesday's game against No. 18 Texas remains up in the air, but he said he will be ready to play. "Right now it feels a lot better," Lucious said.

Appling took a shot to the head late in the first half on Saturday and had some dizziness that lingered into Sunday. On Monday, he said he felt good.

Getting both guards back for the game against Texas will be imperative, according to Izzo.

"(Texas) pushes the ball very well, so it will not be a game where it will be good to not have your speed," Izzo said.

Michigan State is an impressive program.

Texas reportedly hired Steve Addazio as the O-Line coach, but Bellmont says no.

One Longhorns fan site says Texas has hired Florida offensive coordinator Steve Addazio as its next offensive line coach. Another says not so fast.

Longhorns football spokesman John Bianco, meanwhile, has told Hookem.com that, “No job offers have gone out.”

Is there age discrimination in college coaching?

Generally speaking, there's only one thing a head coach must do to keep his job: win. But if the 2010-11 coaching carousel has taught us anything, it's that some athletic directors are adding a caveat: win, and don't be old.

Over the past week, new athletic directors at West Virginia and Maryland forced out incumbent coaches who, by most reasonable standards, had been relatively successful. Mountaineers coach Bill Stewart, 58, has won nine games in each of his first three seasons. Terrapins coach Ralph Friedgen, 63, has taken his team to seven bowl games in 10 years and was named the ACC's Coach of the Year this season.

At least he gets to enjoy one last game.

The Auburn booster, Milton McGregor, will stand trial on April 4 on charges that he attempted to buy the influence of state politicians. If convicted on all charges, McGregor faces 285 years in a federal penitentiary and $4.5 million in fines.

McGregor is currently out on $500,000 bail and today asked federal judge Terry Moorer for a 72-hour pass to Arizona to attend Auburn’s BCS Championship Game against Oregon on January 10.

They are already thinking about the 2011 college football season.

The 2010 bowl season has yet to kick into high gear. But the folks at NationalChamps.net already have selected their favorite to win college football's 2011 national championship: Oklahoma.

The Sooners get the nod over Alabama, the early choice at No. 2. But the prognosticators envision a tough road for OU to travel, with four Big 12 teams ranked among the nation's top 11 teams: No. 1 Oklahoma, No. 8 Missouri, No. 10 Texas A&M and No. 11 Oklahoma State.

Mike Leach is everywhere. This guy has a great PR team.

The Lubbock newspaper has emails between Texas Tech staff about Leach.

Every team should bowl. Missing a bowl game hurts a football program.

College football teams not playing in bowl games will miss out on more than their players receiving a free video game system or shopping spree at an electronics store.

Teams like California, Cincinnati, Rutgers and Texas, which will not go bowling after disappointing seasons, also will miss national exposure, valuable practice time and a chance to sell their programs to potential recruits.

Led by the cash-rich, football-crazed Southeastern Conference, the number of high-dollar coordinators and other assistants is growing, a study of contracts and other compensation documents by USA TODAY finds. This is happening even as the lagging economy appears to have slowed a longtime climb in head coaches' salaries.

The list of assistants earning $250,000 or more in the NCAA's top-tier Football Bowl Subdivision (FBS) is up from at least 106 a year ago to 132 this season. Fifty-one are in the SEC.

Twenty-six assistants are pulling down $400,000 or more, double the number making that much in 2009. Thirteen are in the SEC, topped by four defensive coordinators making $700,000 or better.

Tulsa has only sold 800 tickets to the Hawaii Bowl.

This is what we got for our 2010 Longhorn Christmas. Here's hoping 2011 brings everyone a much better gift.

Have a great holiday!