Cry Me A New Year

Share All sharing options for: Cry Me A New Year

The year 2010 sucked for Longhorns, no two ways about it. Don't you really wish somebody had told you a year ago what to expect? Well, we've seen the light, been to Jan 01 2012, and know the future. Read this column then go to Vegas and bet on its outcomes a la Marty McFly BTTF II style. Just remember, you heard it here first.

After the jump,  a gaze into the crystal ball that is the year in sports 2011*. 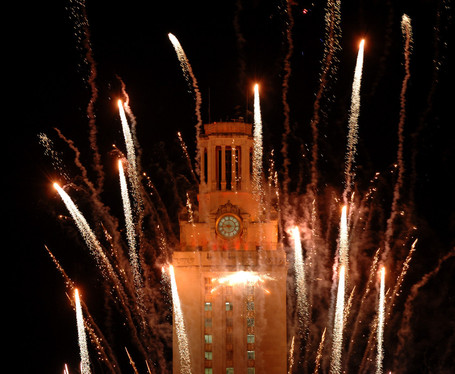 *One of our favorite columns growing up every year is Peter Finney's annual look into what's ahead for the new year. In honor of the great Mr. Finney, we've quite clearly stolen his idea.