The 2010 baseball team will have a shorter stay at the top than the basketball team. On Sunday, Texas got a good start from Austin Dicherry  and played solid defense. Oh, and freshman Cohl Walla had a hit in his first AB. That's about the end of the positives. Texas had 29 hits in 3 series games but managed only 12 runs (and only 5 earned runs. In three games.) Chance Ruffin badly blew his first save opportunity of the season with a tying homer (more on this later in the week), error and then go-ahead hit.

In the end, this is a team with a lot of new parts, so some growing pains are to be expected. And New Mexico is not a bad team, they'll likely be playing in the tourney at season's end. Some of the season's big questions seem to be settled for now, namely Tant Shepherd's bat (.500 for the series), but a lot of them remain. It's way to early to do a post-mortem of what this means for the season beyond the basics: starting pitching -- good/great, relief pitching -- okay, hitting -- unclutch, fielding -- okay. 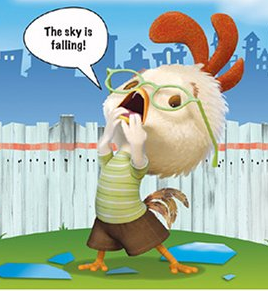 The sky's not falling. Yet.

A fast start was critical to success in '04, '05 and '09. Such a start won't happen this season and the schedule isn't about to get any easier with always fiesty Dallas Baptist coming to Austin on Tuesday then a weekend series with Stanford fresh off a series sweep of Rice. For now, relax, baseball's back, it's a long season, and hopefully Texas won't have to be #1 for a while.

The Horns return to action on Tuesday at 3 PM.