Texas To The Big 10? A Template For Ignoring Frank The Tank

Share All sharing options for: Texas To The Big 10? A Template For Ignoring Frank The Tank

I really am trying my best to ignore this "Texas to the Big 10" maelstrom until the off-season, a silence to which I will return after this post. I spoke my piece on the BGHP podcast about why I think (certainly given the timeline around which all the talk is revolving) a Texas move to the Big 10 is extremely unlikely, and that if there is a move at all, it would be West, to the Pac 10.

Despite my hopes that would be the last I'd say about it until the off-season (when I'll explain in much greater detail why it's so unlikely to happen), my post only spawned a flurry of emails directing my attention to the ubiquitous Big 10 expansion blog Frank The Tank. As much as I appreciate the reader feedback... no mas, por favor. As Frank reaches post number eleventyhundred about the topic, the site has devolved into a caricature of itself. (A tribute to its namesake, perhaps?)

At some point along the way, what started as a promising foray into thoughtful reasons the Big 10 should consider Texas its top target morphed into reasons this is a marriage of such undeniable perfection that neither side could possibly conclude otherwise -- culminating in last week's pièce de résistance, Template For Shooting Down Any Argument Against Texas To The Big 10.

That's right: any argument. Invalid, yo.

Charitable Reader: Okay, PB, maybe Frank had a little too much to drink with some of those arguments, but it's not like he's blackout drunk, streaking naked through...

PB: [points out the window]

To sum: news breaks today that the Big 10 hired consultants to explore expansion candidates and Barry Alvarez says that Texas is not even on the list of 15 schools under consideration. Uh oh: a hole in Frank's theory? Not so fast my friend! Don't you see? Of course Texas wouldn't be on such a list. Because there's nothing to explore! Texas is so obvious a candidate that the Big 10 doesn't need any further information. This list is just about which schools -- in addition to Texas -- are to be considered. 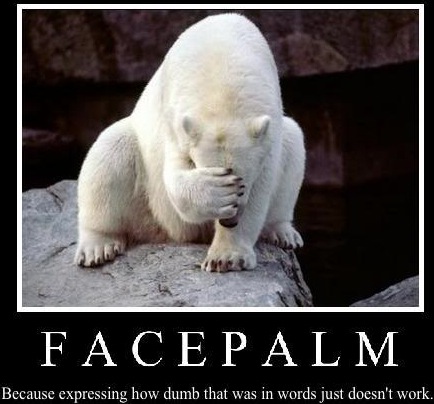 Maybe it's a Chicago thing?

Look, given its pick of the litter, would the Big 10 choose Texas? Obviously. And are there circumstances under which Texas would move to the Big 10? Yes. It could happen. But given Texas' position, is it something that should be considered likely? Nein!.

Should you consider there to be more reasons Texas won't go to the Big 10 than that it will? Unless you've gone all-in and over-invested yourself in the idea on your blog, you should assume this to be the long shot that it is.