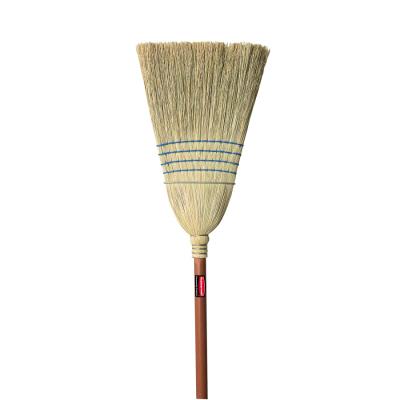 Thanks to Horndude for the photo.

The Horns had a great weekend. Texas took the series against the Aggies. Saturday the Horns won 14-0.

Olsen Field has never been so quiet.

That's because the Texas bats were as loud as they've been this year, and UT pitcher Cole Green continued his masterful season with a one-hitter on Saturday.

Junior right-hander Brandon Workman pitched a four-hit shutout and the No. 4 Texas Longhorns hit three home runs in an 8-0 win over the Texas A&M Aggies at Olsen Field on Sunday afternoon. The triumph gave the Horns a three-game sweep of the State Farm Lone Star Showdown.

The win was Texas' 12th in a row overall. It also marked the 11th consecutive Big 12 Conference win. The Longhorns improved to 30-7 overall and 13-2 in Big 12 win. With the win, Texas remained 2.5 games ahead of Kansas State (9-3) atop the conference standings

The Aggies did do a couple of good things.

Mack Brown weighs in on some NCAA rule changes.

Beginning in 2011, live-ball penalties for taunting will be assessed from the spot of the foul and eliminate the score. Examples include players finishing touchdown runs by high-stepping into the end zone or pointing the ball toward an opponent.

"I am most concerned about the taunting rule," Brown said. "I don't disagree with it, but I am worried about the consistency in how the rule is interpreted, especially when it can cost a team a touchdown. It can be looked at so differently by the various officiating groups around the country and a call would have such a major impact on games that in fairness, it's crucial that it is called the same way for everyone."

Look for Coach Brown on day three of the NFL Network's draft coverage.

The best of the Land Thieves.

The Sooners are asking Nelson to be able to play two positions; lesser minds than Nelson wouldn’t be able to handle that kind of mental burden.

The Aggies have a swagger this spring.

"We've got a little swagger this year," Miller said. "We know we can compete with anyone we go out there and play against."

"The light went on," Carl Pelini says. "He doesn’t make mistakes. He’s doing it all — all of a sudden."

Pelini’s assessment of Fisher is interesting in part because Nebraska coaches effectively eliminated Fisher’s old "BUCK" linebacker spot in the Huskers’ new base defense. The remaining "WILL" and "MIKE" linebacker positions are essentially interchangeable, coaches say.

The Wildcats need a little consistency.

"Inconsistency" was the buzz word earlier this week when coach Bill Snyder gave an update on the Kansas State spring football season.

"I think that inconsistency is a blanket statement that covers the entire team," he said.

That starts at quarterback, but extends to each of the 21 other positions making up the offense and defense.

The Raiders will have a new look this fall.

James Willis, the linebackers coach on Alabama's national champions, has brought a Southeastern Conference mindset as the team's defensive coordinator.

Forget bend but don't break. Willis wants aggressiveness and pursuit. After this spring, he has plenty of converts.

"These offenses in the Big 12 aren't going to know where we're coming from," said senior Brian Duncan, who has been converted to a stand-up, pass-rushing end. "They're going to end up scheming us instead of us scheming them because we're going to be crazy."

Windfall. Ndamukong Suh will donate 2.6 million to the the University of Nebraska athletic department.

Missouri basketball coach Mike Anderson will return to Missouri, turning down a lucrative offer from Oregon.

This time it wasn't one of our player arrested in College Station.

A part of Miami died this week.

Not the city, more like the legacy, old Miami football, the attitude. The NCAA football rules committee made sure of it, essentially taking a ball-peen hammer to the Hurricanes' own Mt. Rushmore.

The memories have faded more than a little since the glory days of the 80s and early 90s. But the game is still paying a price for Miami's long-gone swagger. That had to be the conclusion when the rules committee endorsed a rule that would penalize teams for taunting on the way to the end zone.

What college football teams have the toughest schedule?

He will never sail away. Mike Leach in the news. Again.

Attorneys for Mike Leach claim in new court filings Friday that a day after signing a new contract last year a top Texas Tech administrator and two members of its board of regents "secretly agreed" to fire him before the school had to pay him an $800,000 bonus.

The NCAA approved a proposal to eliminate wedge-blocking formations from special-teams play.

The rule change, which prohibits wedges of three or more players, comes after growing concerns about safety in kickoff coverage. The NCAA Web site indicates that one of every five injuries that occur on kickoffs results in a concussion.

The Cyclones Hawkeyes also got a nice donation.

An Iowa City couple has made a $1 million donation to the Hawkeye football program.

Jim and Darlene McCord made the gift to help fund renovations to some of Iowa’s football training facilities, including expanding the Jacobson Athletics Building and upgrading the indoor Bubble facility.

Why do Aggie Yell Leaders wear those stupid white uniforms?

According to legend, during one football game the Aggies were being outscored so badly that the ladies were threatening to leave the game out of boredom. To keep their dates entertained, upperclassmen ordered the freshmen to find a way to entertain them.

The freshmen raided a janitor’s closet, changed into the white coveralls they found and began leading the crowd in yells from the track in front of the stands.

The freshmen got so much attention from the ladies that it was decided that only upperclassmen would be yell leaders in the future, a tradition that continues today.