Realignment Chronicles: That Upon Which We And Mike Leach Might Agree

For supporters of the University of Texas who are concerned about the fate of the school and its athletics programs as it looks to best position itself in the upcoming round of Conference Realignment Armageddon, your potential worst enemy is... 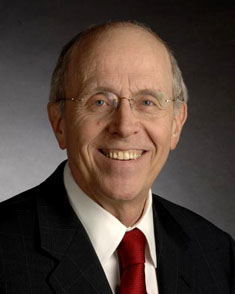 For those of you wondering what I'm doing posting here, Peter has asked me to channel my rather unhealthy obsession with conference realignment into doing some occasional blogging here on BON on the subject.   I greatly appreciate the opportunity to do so, and what I've decided I want to so with this forum, rather than to continually speculate about what Texas might want to do or should do, is to try and establish the parameters within Texas can act.  There are some real questions out there which remain unanswered.

To me, the question of the political realities which Texas will face within the state legislature best illustrates the lack or real reporting which has been done by real reporters.  It seems as though any article discussing what Texas might do will reference, in the most general terms, the political hurdles Texas will encounter.  But unless I've missed it, I haven't seen anyone analyze what those specific hurdles are today.  It's 2010, not 1994, and Bob Bullock, Pete Laney, Ann Richards and David Sibley are no longer on the scene.

For example, I can scream until I'm blue in the face about how pursuing an invite to the Big 10 would be the best path for Texas, but if the political realities are such that Texas Tech and Baylor remain legislatively shackled to UT's ankles, I would need to seriously recalibrate what I believe the best-case scenarios would be for Texas.  And up to now, I haven't had any specific insight into what those political realities would be.

With that in mind, I've had the chance, with Peter's great assistance, to have a conversation about the political realities of conference realignment over the past couple of days with one of the keenest and best-known observers of Texas politics out there.  Though I am allowing our observer to share some thoughts anonymously, you'll have to trust me when I say that you should take this observer's thoughts very seriously.

The key takeaways from our conversation:

(On a go-forward basis, please feel free to make suggestions on topics which could use further investigation.  In addition to pursuing the specific political angles and looking into which other politicians might play prominent roles, I also want to take a closer look at the proposed Longhorn Sports Network to see if one could realistically guess how profitable such a network could be.  The greater the potential profitability, the greater flexibility one would presume Texas would have in determining its future path.  But I'm very open to suggestions: please feel free to comment below or to email me at "eyesoftexas [at] gmail".)