Share All sharing options for: Bevo's Daily Roundup- Rough night for the Bears 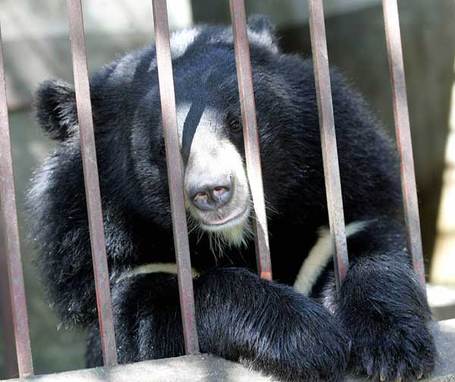 Rough night for the Bears.

The Horns nipped the Bears in 14 innings. What a great ending thanks to freshman Jordan Weymouth.

Maybe that was the best thing that could have happened.

After failing to do the job Texas wanted him to do, Weymouth did one better.

The team is in a groove.

Better late than never...The Statesman had a Cohl Walla profile on April 8th.

"I don't even know if he has emotions," shortstop Brandon Loy said. "It's hard to tell what's going through his head because he never shows his cards. He could be 0 for 5 or he could be 5 for 5, and he'll look the same."

Walla might always look the same, but since he's entered the lineup, the Longhorns (23-7 overall, 7-2 in the Big 12) have looked like a different team.

Before Walla was inserted into the starting lineup on March 7, the Longhorns were 7-3 and hitting just .237.

Brandon Loy is an everyday man.

Consistency. In Yahoo's power rankings, the Horns clean up in pitching and coach categories.

We finally got back where we belong.

The Rivals.com Top 25 is back to where it started the season. Well, sort of.

Texas was the preseason No. 1 team entering the season but dropped out of the top spot after losing its season-opening series to New Mexico. The Longhorns, though, ascended to the top spot of the rankings for the first time since that weekend with another fantastic week that included a dominant midweek win and a series sweep over Oklahoma State.

Cameron Rupp and Cole Green from Texas have been named the Phillips 66 Big 12 Baseball Player and Pitcher of the Week for games of April 19-25.

While I would love to link to all the great stories about the baseball team, there just aren't more.

Texas Sports preview of the series with the Bears.

On the way back to Omaha...