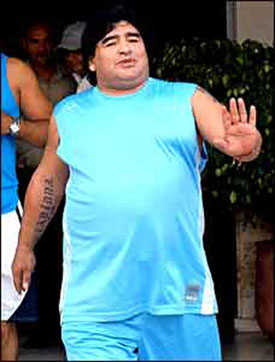 Would you trust this man to coach your team?

Open thread for the two early games and your daily 2010 FIFA World Cup(TM) poll after the jump...

First, has anyone else noticed ESPN referring to the World Cup, in the crawler at the bottom of the screen as the "2010 FIFA World Cup(TM)" with the (TM) trademark notice included? Do they have that (TM) for anything else in the crawler? If ESPN has, I've never noticed. And I'm sure I'm the only person it bothers, so I'll shut up now.

Anyway, I'll be including some poll each day very roughly related to the day's slate of games. Here's todays: