I see great things in baseball.  It's our game - the American game.  It will take our people out-of-doors, fill them with oxygen, give them a larger physical stoicism.  Tend to relieve us from being a nervous, dyspeptic set, repair these losses, and be a blessing to us. 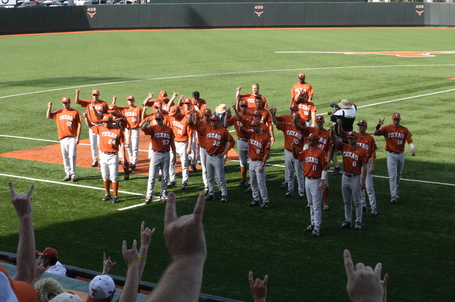 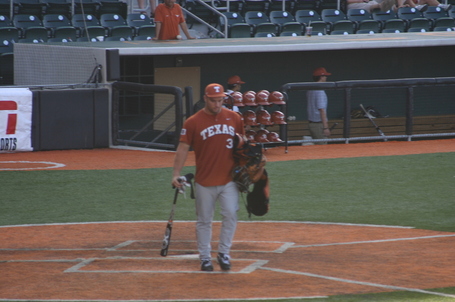 As he walked back to the Texas locker room, Rupp stopped at home plate. 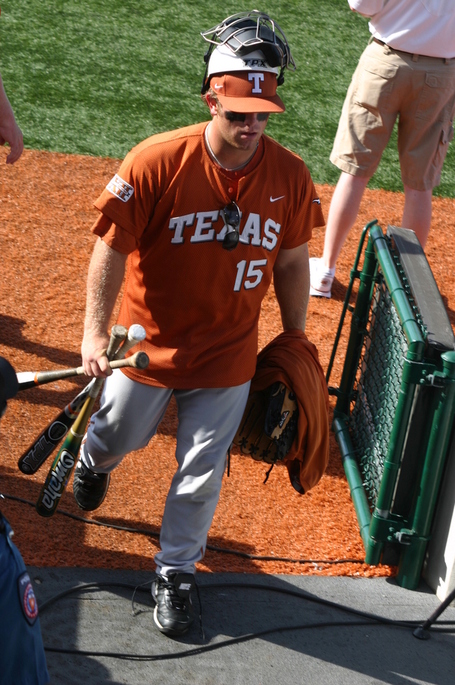 Senior Russell Moldenhauer walks off the field after four years as a Longhorn. 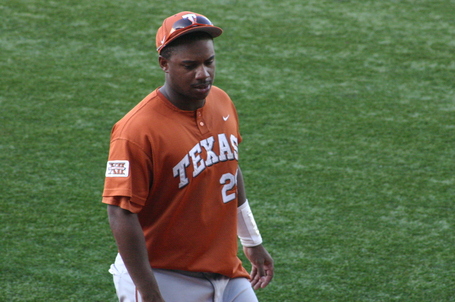 Keyes walked a couple laps around the dugout before going back to the locker room. 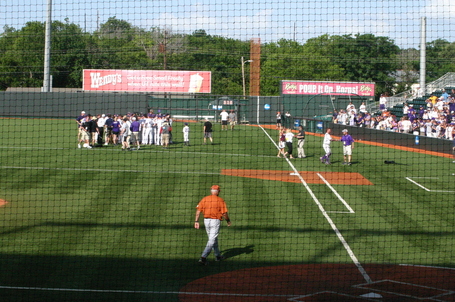 The legend himself, Augie Garrido, looks on as TCU celebrates. 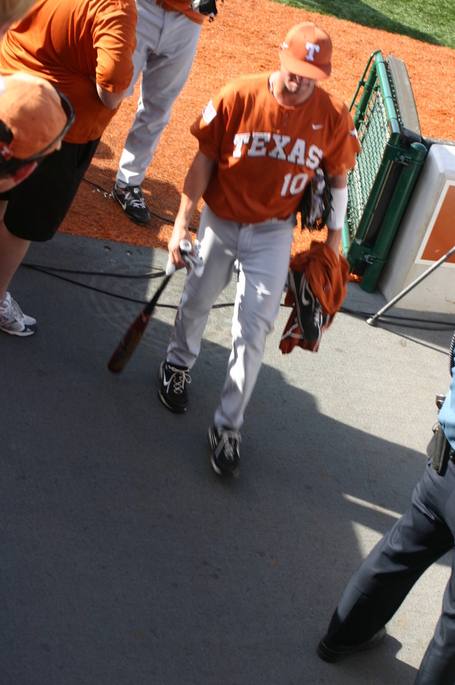 His post-season performance aside, Connor Rowe could never be faulted for this effort. 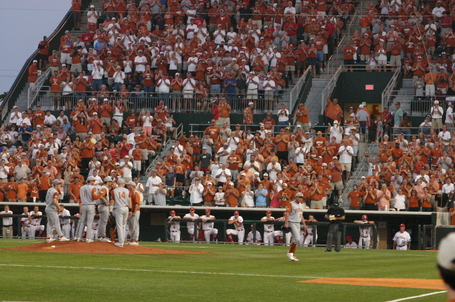 Cole Green leaves the mound after what was probably his last pitch as a Longhorn. 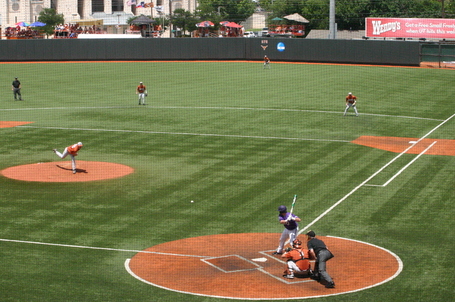 Jungman delivers from the mound. 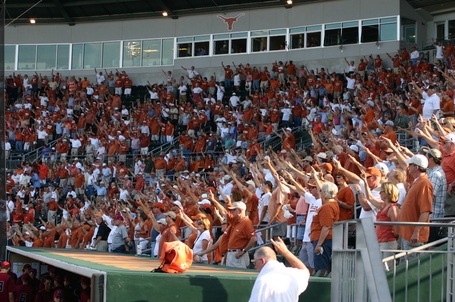 Hook 'em and see y'all at the Disch next year.

I'll throw in my two-cents about this year and the season to come after I sit in a dark room and listen to Wilco sometime soon.