Texas Longhorns as Things From My House

Share All sharing options for: Texas Longhorns as Things From My House

Imitation is indeed the most sincere form of flattery.  With that in mind, one of my favorite articles--from any blog--this year remains Jeff Sullivan's First Half Review of the Mariners at Lookout Landing, in which he compared each of the current Mariners to certain items in or around his apartment.  As a Rangers fan, the Mariners are one of my sworn enemies, but I thought the idea (and subsequent execution) was absolutely perfect.  Immediately after reading the article, I started thinking about how a similar column would look for the Texas Longhorns.  Now that I'm back home for the summer, I wanted to give it my best shot.

After the jump, I've taken pictures and provided commentary in comparing past and present players and coaches from the various Longhorns teams to items in and around my house... 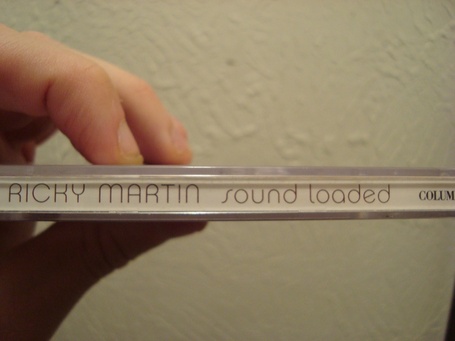 To be honest, I completely forgot this CD was ever a part of our household.  Furthermore, I try to remind everyone that my sister bought it, and that our recent string of music purchases have been much, much better. 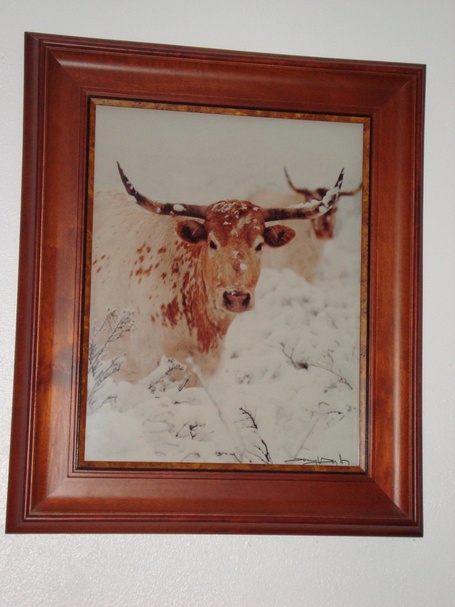 This picture greets people who walk into our office.  It's regal, it's tasteful, and we get a lot of compliments on it.  It sets the tone for the entire house.  I like some other pictures, but this one feels irreplaceable. 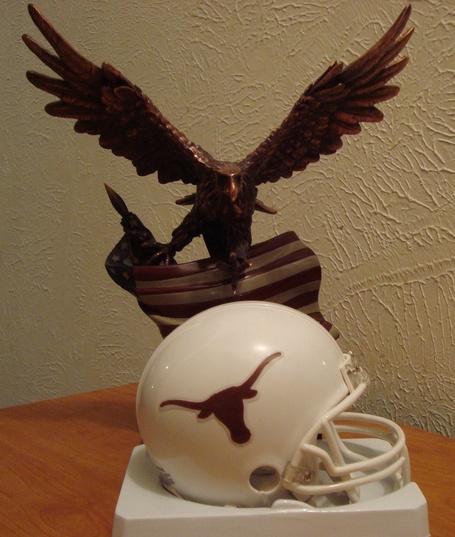 This eagle means business.  It soars over the skies and doesn't miss the existence of any imperfections within its own domain.  The eagle serves as the reminder that everything is going to be ok. 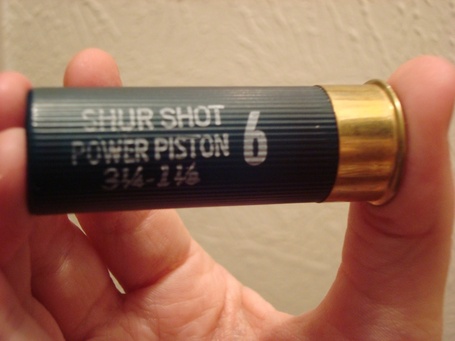 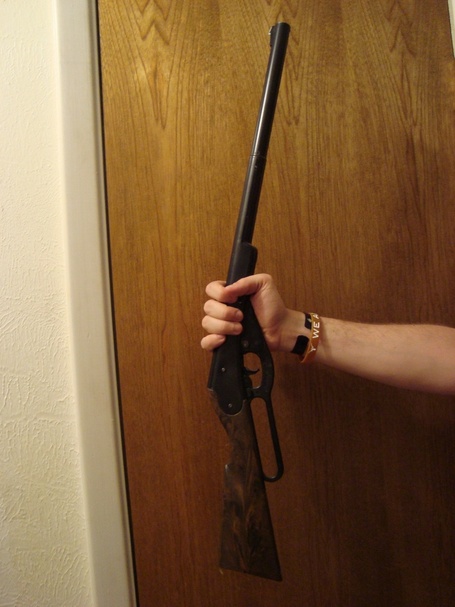 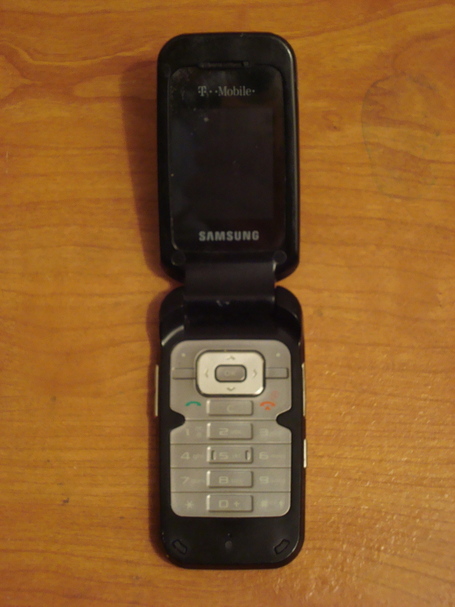 This is one of my old cell phones.  Most of the time, it worked pretty well and got the job done.  However, sometimes it would drop a call or lose a number.  When that happened, I would endlessly complain to my parents that it was a terrible phone and was absolutely unsuited for my needs.  This cycle repeated itself until my parents got me a new Blackberry. 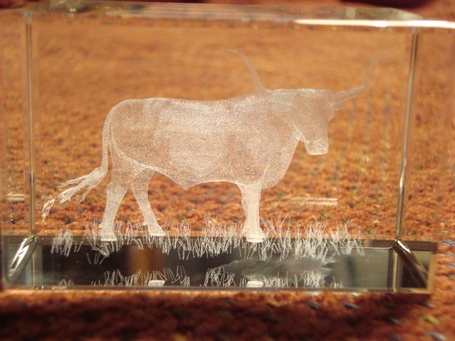 This is the crystal Longhorn that is going to sit on my desk everyday for the rest of my life.  I think this is the most beautiful thing I've ever seen, and I wouldnt change a single thing about it.  Seriously, "Dont yall think that crystal beautiful yall?" 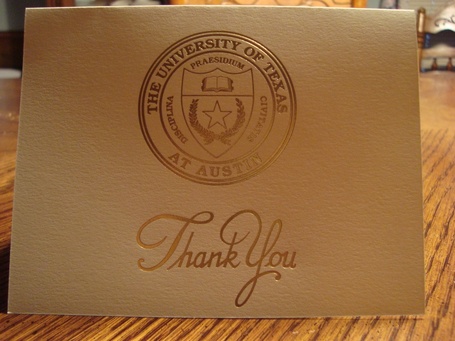 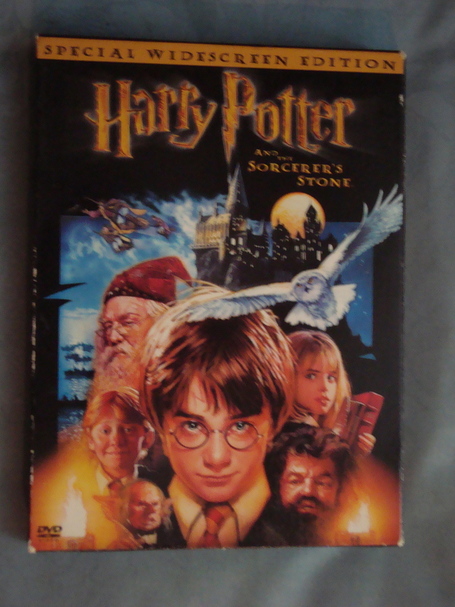 This is a story about a boy who was scarred by an event that no normal human could ever be prepared to withstand.  Then, after some time to grow from the events giving him this scar, the weight of the entire world was placed squarely on his shoulders, as he was asked to lead an entire army against the darkest forces of evil.  He'll have some help--from a variety of friends--but there's no doubt that he's the one who must slay the enemy. But enough about football.  I just wanted to say that Harry Potter was a neat series.  Y'all should read it sometime. 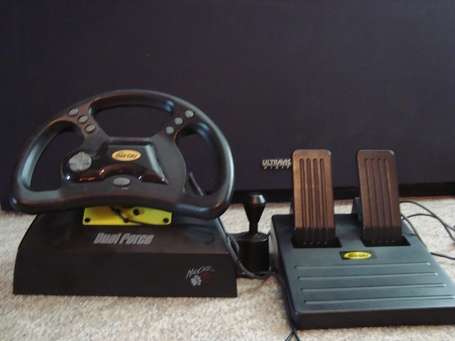 One year, for Christmas, I got this racing wheel to help me get better at Gran Turismo.  It was the most expensive racing wheel on the market.  I bragged to everyone about it.  But, even though I kept thinking it would help me beat all my friends, it didnt really help me as much as I thought it would.  I was really good at Gran Turismo, but I wound up losing some races to inferior players.  One time, I even lost a big race to a friend from Colorado down the street.  After that, when it really mattered, I wound up switching back to my old controller.  The regular one.  The redheaded one.  The one that I replaced with this fancy racing wheel.  After I switched back to my old controller, I wound up winning the Holiday Bowl a really big race. 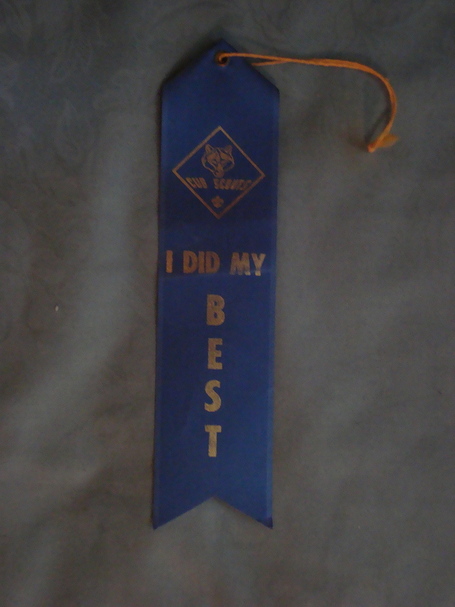 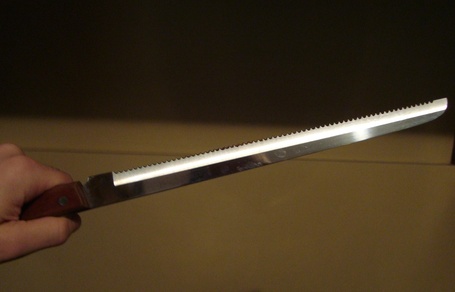 To be honest, there's nothing wrong about this knife.  It cuts pretty well.  The problem with this knife is that it remains infinitely more risky than a lot of our other knives.  It's very susceptible to leaving a gaping wound in my hand--or picking up a 15-yard personal foul--when a smaller knife will accomplish basically the same thing with less potential damage to my health. 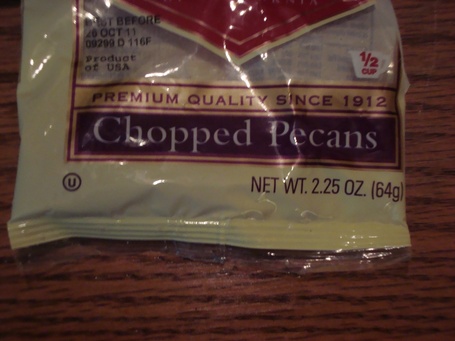 Is it just me, or does it feel like a long time ago since our players were participating in brawls at Pecan farms? 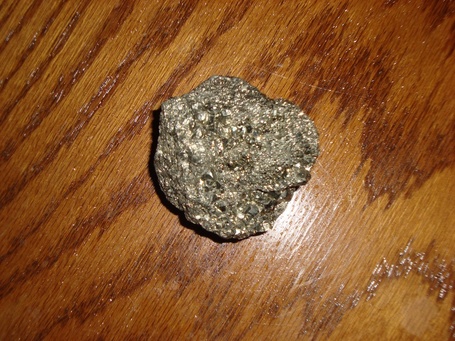 This is some Fool's Gold I bought when I was in elementary school.  It *looks* like gold.  It's even really heavy.  I wish it was the real thing, instead of just such a tease. 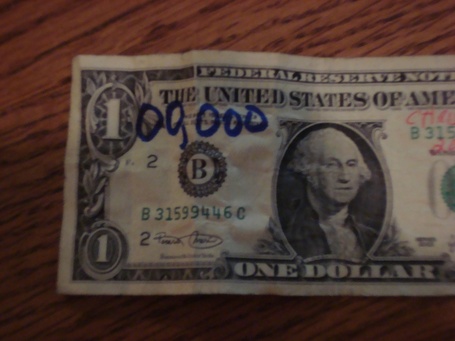 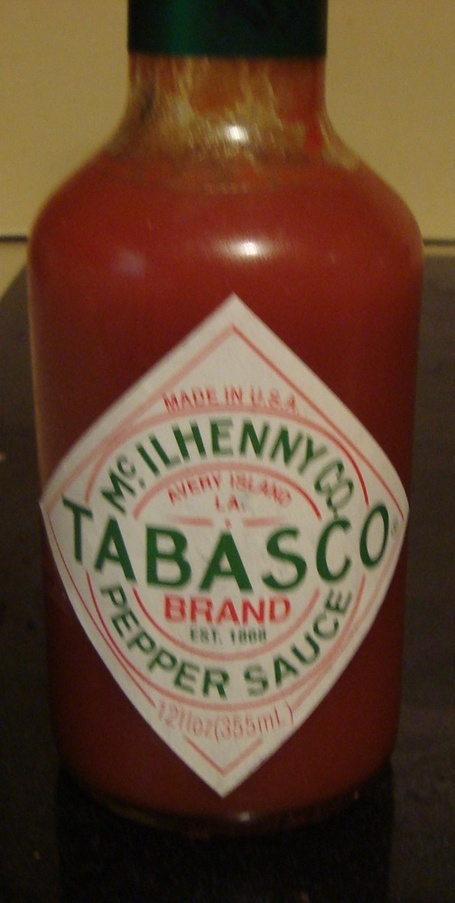 There are some foods that I dont normally eat.  But, when mixed with some hot sauce, I realized that they might actually become tolerable.  I only like them with hot sauce, though.  Without that, I'd never eat them.

(And, yes, Cat is incredibly attractive.  I miss her repping the burnt orange...a lot) 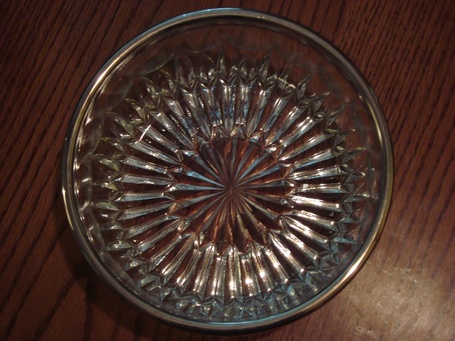 This is a very fancy and expensive crystal bowl.  From what I understand, it even has a silver rim.  I'm glad we have this bowl, but, to be honest, I could really care less about it.  I'm never going to use it, but I guess it's better than only having a plain bowl. 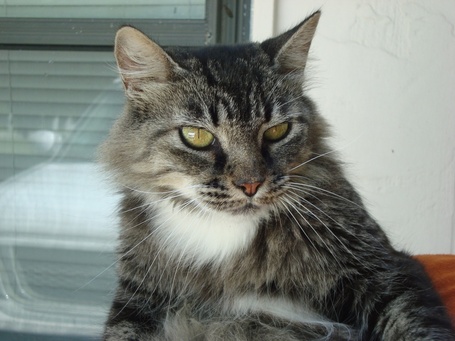 This is my cat.  My family picked this cat over a lot of other cats.  I love this cat.  This cat is the smartest cat we've ever had.  She kills mice, knows how to be affectionate, and is a truly regal creature.  She really is a great cat.  But she's not a dog.  She doesnt fetch and she doesnt roll over.  She may never fetch and she may never roll over.  I understand why some people would prefer for us to have a dog, but I'm still really happy with our cat. 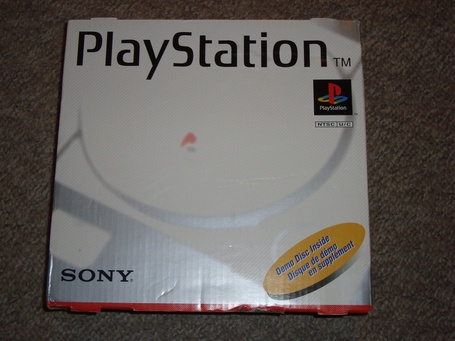 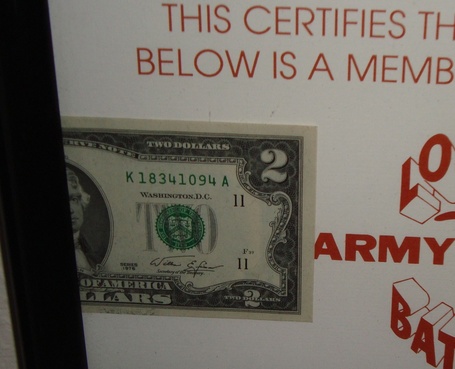 This is my $2 bill, which I got as a graduation present from the University of Texas Army ROTC Program.  I've never seen anything exactly like it.  It's probably one of the most unique things that I own.  And I'm glad it's mine. 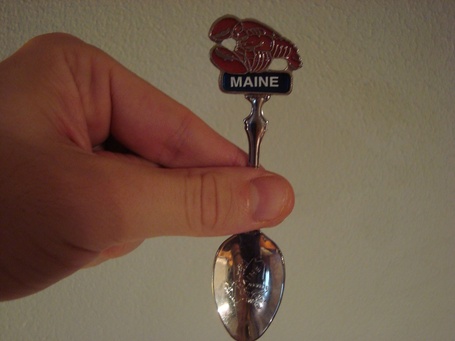 When I was younger, my family took a trip to Maine.  We had a good--not great--time, but the trip was cut short due to some events out of our control.  This is my sister's souveneir from the trip.  We all have good memories of the trip, but it wasnt exactly an unforgettable trip, especially since it got cut short. 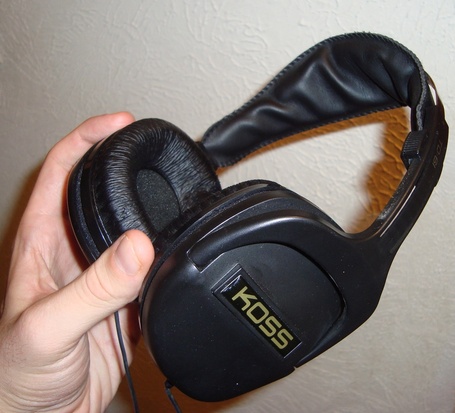 Back in middle school, I had these DJ-style headphones, which I wore with my portable CD player.  I thought I looked so cool in these headphones.  Then, one day, my Dad told me they looked stupid.  I hated him for saying it, and I kept on wearing them.  Later on, I realized he was right.

Unnamed Members of Our Offensive Line and Frontcourt 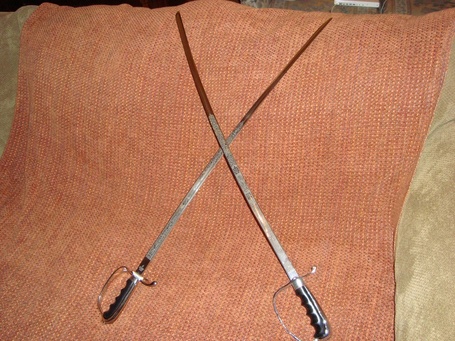 These are my military sabers.  I won them for being the Honor Graduate of two separate classes.  They look ferocious, especially when you swing them around.  But, if you look closer, you'd notice that the blades are dull.  They arent dangerous at all.  In fact, they would lose to much smaller blades (and they often do).

Bonus: The Story of Nebraska over the last 15 years 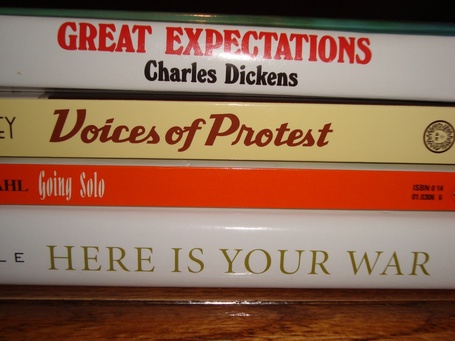 Just look at the titles of four of my books.  Yes, Nebraska, we'll give you a war.  Just feel free to get in line behind everybody else.  We're used to this, and we win a heluva lot more than we lose.  But, based on how things have gone the last 15 years, you probably already knew that.