When Brownwood coach Bob Shipley sits down to watch film with his film, he's going to have a hard time finding things to critique.

Two fumbles late, one deep in Llano territory won't be among the highlights of night and neither will the two missed extra points, but let's be honest here -- when your team is up 27-0 at the end of the first quarter and 47-7 at halftime, things went well.

Like eight touchdowns in the first eight possessions. Hard to score more often than that. Well, the defense didn't score any touchdowns of their own. So there's that.

What the Brownwood defense did do was use their speed to swarm to the football and overwhelm a completely overmatched Llano team quickly and decisively.

Even when the Brownwood offense committed penalties and had negative plays, it didn't matter. Twice on third down and long in the first half the Lions were able to convert when Brown found his favorite Shipley, once for a 56-yard touchdown pass on 3rd and 17 and again on 1st and goal from the 20.

Even though three catches for 86 yards and two touchdowns was not a bad half of work for Shipley, Brown was surely the star for Brownwood, showing off his legs on a 49-yard touchdown run keeping the ball on a triple option and numerous other plays. Showing off his arm by hitting Shipley or Chastain in stride.

With the game well in hand, the starting Brownwood offense played only one series in the second half, although Shipley tried to sneak out on the field for a kickoff return late in the game. As befitting a well-coached team, the Lion staff noticed and sent him back to the sidelines.

So here's the newflash -- the number one team in 3A is ranked there for a reason. Brownwood is good. Oh yeah, and so is little Shipley. 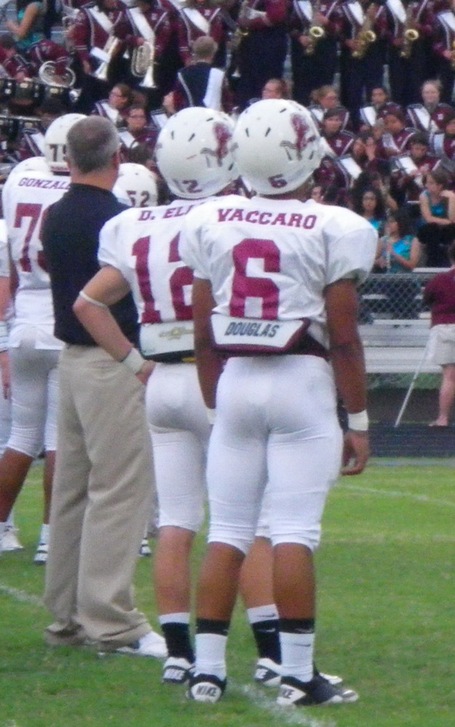 Kevin Vaccaro, 2012 Brownwood CB -- The younger brother of rising star Kenny Vaccaro, it's clear that little brother takes after big brother -- the physicality and aggressiveness is all there. There's only one problem. Where Kenny stands over 6-0, Kevin is somewhere between 5-8 and 5-9, too small to be an elite cornerback in the class and potential Texas target.

A football program somewhere will be happy to take little Vaccaro. Unlike some cornerbacks, he's a willing and able tackler, though his stature keeps him from being an elite striker like his older brother. He's fast and has fluid hips and the same issues his older brother faces are his issues as well, mostly involving his aggressiveness.

A sequence of two plays stand out from the game. With Llano facing a third and goal from just inside the Brownwood 5, the Llano quarterback rolled out to his right and decided to pick on Vaccaro, who demonstrated excellent body control by twisting around the intended receiver to knock the ball. Great play. On fourth down, Vaccaro ran through the receiver on an overthrown ball in the end zone, drawing a flag for pass interference and allowing Llano to score their first touchdown. Poor play.

Jaxon Shipley, 2011 Brownwood WR -- At this point, Shipley is who everyone thinks he is. Just that the national recruiting experts are only now catching on to all that.

After dominating during the Texas 7-on-7 Championships and earning the Overall MVP in the small school classification, the trip out to Llano was more about seeing Shipley do the same thing with pads on. Not that there was any doubt that he would.

As a result, there isn't a whole lot to add -- Shipley attacks the football with his hands and is a natural pass catcher and his route-running is crisp and fluid. At the high school level, there probably aren't more than a handful of cornerbacks in the country good enough to stay with him on the double moves that made his brother famous in college. He has good spped and ability to change direction, but he's not elite in either of those regards.

From watching the game it's clear that he's a willing downfield blocker, expected from someone who clearly takes the game as seriously as Shipley. He'll have to get stronger to be effective in college -- the good news is that he has enough size that he's eventually going physically overmatch his opponents.

Unfortunately, Shipley didn't have any chances to return kicks or punts, as Llano elected not to use sky kicks on kickoffs and most of the punts were short as well. However, Shipley did not seem particularly aggressive coming forward to field those punts.

Overall, as mentioned earlier, Shipley is who everyone thinks he is right now and that is one of the most polished high school receivers in the country and a player with an extremely bright future in the game of football. 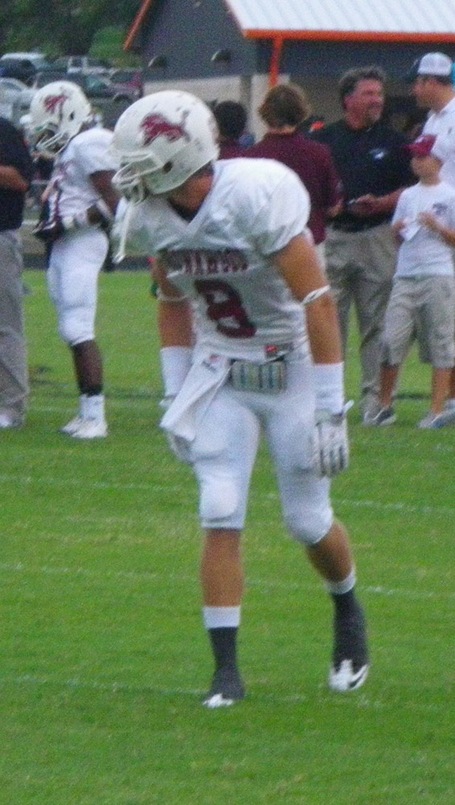 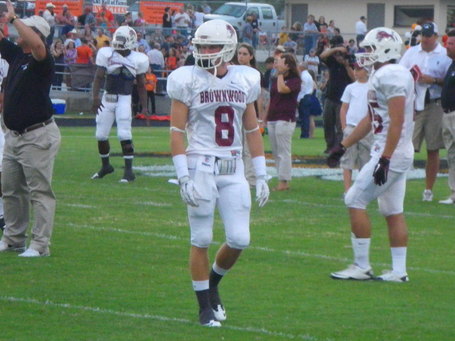 (Photos all taken by the author)