I had several out-of-town friends come in this weekend for their first visit to Austin. We took them to our tailgate, where the other Andrew had made a brisket that literally melted in your mouth. The weather was beautiful. The company was delightful. Everything about the experience was sublime.

And yet still, before the game even kicked off, I had a pit in my stomach. "I've got a bad feeling about today," I warned my fellow tailgaters.

I was worried about letting UCLA hang around in a tight game. I didn't expect us to get completely humiliated.

So much for revenge.

"Football games are lost, not won."

I don't remember when exactly it was reported, and I'm not masochistic enough to re-watch the telecast to find out, but at some point early in the second half ABC's sideline reporter relayed that Mack Brown had told her that "football games are lost, not won."

Whenever it was, Texas was already trailing, and futily flailing, and in that comment I recognized the seed of the pit that had been in my stomach before the game. It perfectly captures Mack Brown -- both his successes and limitations.

The wonderful thing about Mack Brown is the way his long-term vision has allowed him to build the strongest, most stable program in the country. With Texas and all its resources, strengths, and opportunities, there's enormous value in being steady, avoiding mistakes, doing things the right way, and building up the machine. With football powerhouses, it might be apt to say, "Football programs are lost, not won." (Hi, USC.)

In terms of reviving and rebuilding the Texas program, I don't think anyone could have done it better than Mack Brown, and I wouldn't trade him for any coach in the country.

But there is a danger in that big picture vision leaking into the approach to a game, or a season. Mack Brown has battled it throughout his tenure at Texas, and while his list of weaknesses is a short one, this is the one at the top. It hasn't -- and won't -- tarnish his overall accomplishments as head of the program, but it has -- and so long as it persists continue to -- limit his opportunities to win titles.

Maybe not against Arkansas State, but where the talent disparity isn't totally overwhelming, football games are won, not lost. And if ever that was in doubt, Saturday made the case in point. We showed up and tried to manage an outcome. UCLA showed up and tried to win a game. We had a talent edge and home field. They got the victory.

It's the offense, stupid.

There are more than a few fans who are trying to characterize the defensive and offensive struggles as equivalent. To echo Scipio Tex: It's embarrassing.

I briefly considered whether it would be worthwhile to torture myself with a play-by-play breakdown of Saturday's debacle. For the defense, it probably would be, and we'd learn something about why we wore down on Saturday, why we're vulnerable against a big front that can and will try to wear us down with sustained rushing, and who made mistakes trying to defend UCLA's option game.

But for the offense? The exercise would be pointless, merely confirming what was perfectly obvious watching the game live. You don't need a play-by-play review to know why we're bad offensively, and there's nothing useful in learning about why any individual play sucked when the entire approach is disjointed, incoherent, and rudderless. You don't need to study the doomed march of Joseph Davis's brigade to understand why Pickett's Charge was a failure. 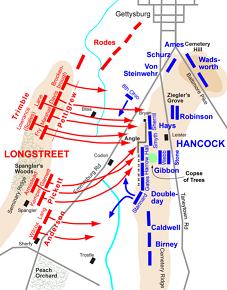 When I said that I was nervous about this game heading in, it was because it had become abundantly clear after three games that Mack Brown was approaching this season with the timidity that has come to characterize underwhelming seasons during his tenure. Playing not to lose, rather than win.

We've been treating Garrett Gilbert like some kind of impotent game manager, to his detriment and the team's. Sadly, a day after watching Greg Davis dink and dunk Gilbert into a wretched afternoon, I watched my Pittsburgh Steelers dismantle Tampa Bay with... Charlie Batch at starting quarterback. Charlie Batch!

Batch is 35 years old and hadn't started a football game since 2007. But rather than scrunch itself up into a pair of ladies undergarments to throw two-yard passes all game, the Steelers asked Batch to go out and make plays. To throw the ball down the field. To help them win the game. Batch was picked off twice, but he also connected for a pair of 40+ yard touchdown strikes to Mike Wallace.

The lesson is obvious, of course: you live with the mistakes your limited player makes while trying to make plays, but you still try to make plays. You still attack with a sense of purpose, and as though you understand the necessity of beating the defense. The one way to guarantee you're not going to make any plays is to be too afraid of making mistakes to try. At that point, you may well be better off running it three times and punting the ball.

The approach to this season on offense has been pathetic, but much worse it is familiar.

Harken back to what I wrote before this season:

But that is the story this year -- the offense. The narrative 2010 is about Greg Davis, Mack Brown, and offense. After 2008, Will Muschamp had developed a championship caliber defense, they have one again this year, and will for the foreseeable future. It is the offense that stalled last year, and it is the offense which must develop this year. And if we want to be grand about it, the success or failure of the endeavor will play a defining role in both Mack Brown and Greg Davis's legacies at Texas.

That's even more true than perhaps I realized. Mack Brown's willingness and ability to learn and grow from mistakes has been his most impressive quality, and in so many regards he has risen to the challenge. The only area where he has stood his ground has been with Greg Davis.

Mack Brown's earned the benefit of the doubt, and the decision is his to make. It's his own legacy, and at this point he can do with it as he pleases.

But I hope for his sake, for Gilbert's sake, and for ours, that this is the beginning of the end for our offensive coordinator. It's been a good run, with some unforgettable ups and too many maddening downs, but if Mack Brown wants to keep going for a few years yet, I truly hope he thinks about finishing his tenure with some new blood on offense. Mack depends on his assistants, and whatever Davis's contributions in making Mack Brown feel comfortable, he doesn't help Mack Brown be all he can be.

He deserves better. I hope he gets it.