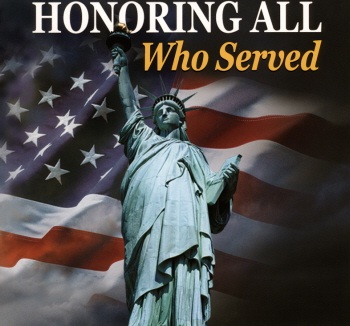 With Veterans Day this upcoming week, DKR-Memorial Stadium will be flying America's colors as the Longhorns salute our country's treasured military women and men.  If lucky enough to be at the game today, get to your seats early to pay homage to our heroes.

I'd like to take a moment and offer a shout out with gratitude to my brother and sister-in-law who served two tours each in the U.S. Army.  She is a veteran in Intelligence and my brother served proudly as a Staff Sergeant in the fighting 19D Armored Cavalry Scout.

Early kickoff today at 11:00 a.m. with Texas Tech coming to town.  Gus Johnson and Charles Davis will call the action on FX, an every household cable channel.