Share All sharing options for: Texas Tech vs Texas: 2nd Half Open Thread 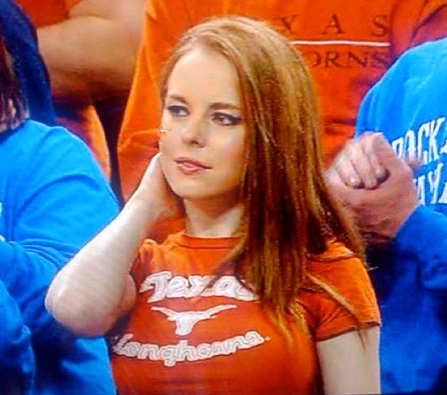 Horns rolling over the Raiders with an impressive ground attack with 179 yards in the second quarter.

Oh, and the signs of a passing game showing as Ash to Davis downfield a couple of 2-3 times with one big connection.

Defensively, the Horns gave up a 7:00 drive to start the game but stiffened when it mattered. The Sacking Machine party is up and going. And how about the big 4th down stop by Jeffcoat to end the first half. Oh my.

Don't let down your guard, though. Doege can strike like a cobra. He has lots of weapons.