Share All sharing options for: Late Night With Blake Gideon

Sparked by a discussion on Twitter about man-child 2013 S Marcell Harris, who was on campus Saturday and has the 'Horns high on his early list, I started thinking about how Harris played essentially the same position as a sophomore in high school as Blake Gideon played for Texas year. Watching the highlights, it occurred to me that 16-year-old Marcell might play a better brand of safety in college right now than Gideon.

And I submit this as my evidence: 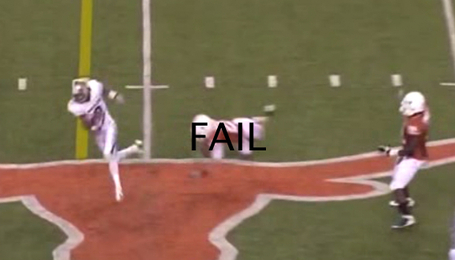 That as part of a larger exhibit. #freekennyvaccaro