It Is What It Is

Don't despair, Longhorns fans! Mack Brown has some words to fire you up...

Share All sharing options for: It Is What It Is

Needless to say, the last few days haven't been fun, as we try to keep our heads above water in the wake of Mack Brown's fourth blowout loss to OU.

Of course it's depressing. Saturday's game against Baylor is for a berth in the Texas Bowl, after all. But while we tend to be attracted to negative thinking like Texas defenders are to blockers, at some point we have to let it go and look on the bright side -- look forward to the inevitable better days ahead.

Yeah!!! I swear, I don't know how you come up with this stuff, Mack, but I'm ready to fight a Baptist.

And you know what? While we're all still fired up, maybe the best thing we could do right now would be to take Mack's cue and share some of our other favorite inspirational quotes from great leaders throughout history. Whether from the world of sports or the world of politics, it's hard for me to imagine anyone in Burnt Orange Nation who won't be ready to tear down the locker room door and charge full steam ahead after this.

If after reading mine you're not charging through that locker room door, pass on the excitement and share some of your own favorite quotes that inspire you to greatness.

FDR addressing Congress one day after the Japanese attack on Pearl Harbor: 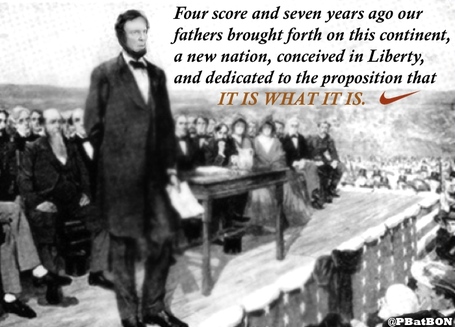 Neil Armstrong taking the first steps on the moon in July 1969: 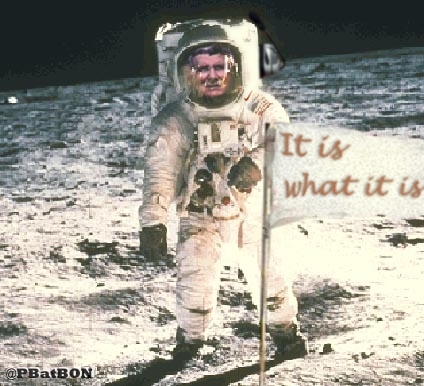 Knute Rockne addresses the Notre Dame football team at halftime of the 1928 Army game after the death of George "The Gipper" Gipp: 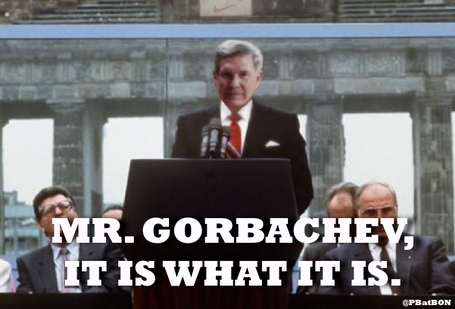 Coach Dale addresses his squad before the state championship game in Hoosiers:

"Forget about the crowds, the size of the school, their fancy uniforms, and remember what got you here. Focus on the fundamentals that we've gone over time and time again. And most important, don't get caught up thinking about winning or losing this game. If you put your effort and concentration into playing to your potential, to be the best that you can be, I don't care what the scoreboard says at the end of the game. It is what it is." 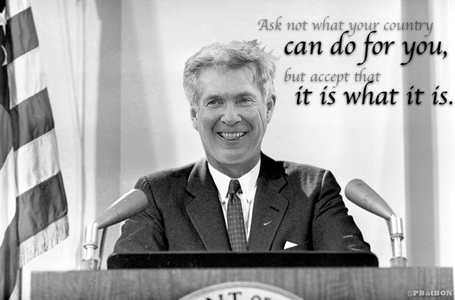 "Winning isn't everything... it is what it is."