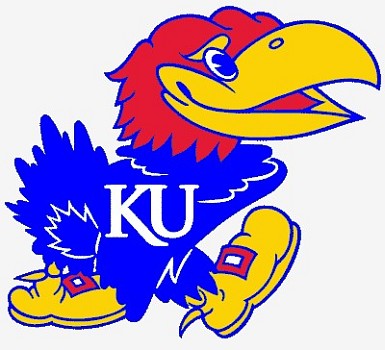 Hey, look at that: Kansas won another Big 12 title. Bill Self and his Jayhawks have put together another brilliant season -- arguably their most impressive conference title yet, all things considered -- and host the Longhorns riding a seven-game win streak that has them sitting at 25-5 overall, 15-2 in Big 12 play. No one's talking about that loss to Davidson anymore.

On the bright side for Texas, the Jayhawks don't have as much to play for as they could have if the conference title were still on the line. And of course it was the Longhorns who last year snapped KU's 69-game winning streak at Allen Fieldhouse. And hey, this Texas team seems to play to the level of its competition, as they certainly did in a narrow defeat the the Jayhawks a month ago.

On the downside, it's senior night at the Phog, the Jayhawks are bigger than us, and the Jayhaws are better than us. We'll get their best shot, no question about it, and Allen will be raucous. Texas is the only team that has consistently challenged Kansas over the last decade, and really, last year's win at Allen probably works against us. Kansas will be fired up and eager to re-establish their ownership of their home floor. We could easily get run out of the gym this evening.

Then again, I think we've all learned to throw expectations out the window with this Texas team. They've played surprisingly well when we've expected them to fade, and soul-crushingly poor when we've expected them to take a step forward. If we take care of the basketball and manage to do a better job on the defensive boards than we did in the first meeting, we'll have a chance if our shooters can knock down open jumpers commensurate with their ability.

Hopefully our kids go out there and have some fun tonight. Hook 'em.