The Longhorns have one last shot to save a frustrating season, heading to Kansas City needing to win four games in four days to earn an NCAA Tournament berth.

Last year, Texas headed into the Big 12 Tournament needing a win over Iowa State to feel safe on Selection Sunday, and that's exactly what they did, helping to extend the program's NCAA Tournament streak to 14 seasons.

Can Texas pull it off? Let's take a look at the bracket: 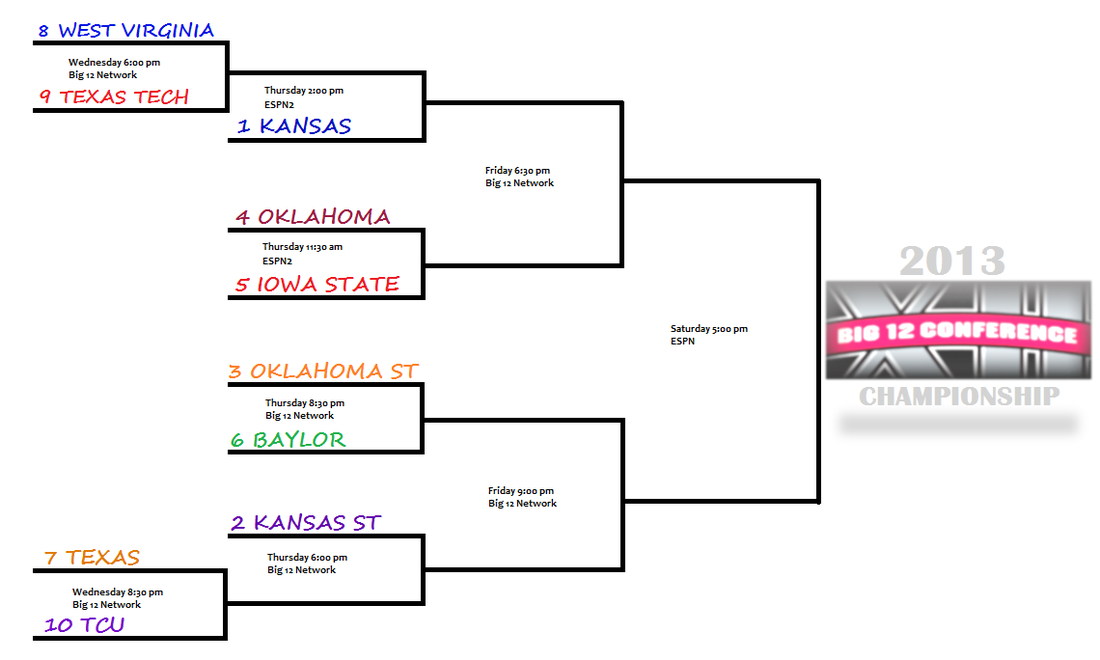 First the math: the odds of winning four straight games are... not good. KenPom's system gives Texas an 87% chance of defeating TCU; after that we have to speculate, but let's call it a 40% chance in each of its next three games -- K-State, the #3-#6 winner, and the team out of the top of the bracket.

So, roughly a 6% chance of winning four straight games to earn an NCAA Tournament bid. Or roughly 1 in 15. Which... well, we are 0 for 14 in the Big 12 Tournament during the current streak; win this year and we're... 1 out of 15. It's a sign! (Numerology: ever the comforting friend.)

Unfortunately, although the Longhorns are not a long shot to win any given game in this tournament, it's a real long shot for Texas -- or any team -- to win four games in four days. Should they manage to defeat TCU a third time this season, the Longhorns advance to face Kansas State, one of the two teams that thumped Texas twice this season, the other being... Oklahoma State, who Texas would likely draw in the semi-final.... all for the right to play Kansas. Depressing.

It's actually more frustrating than depressing. Since Myck Kabongo's return, the Longhorns are 5-3, with a trio of home floor wins over Tier II teams (Iowa St, OU and Baylor), a pair of road wins against Tier III teams (TCU and Tech), and a pair of losses against Tier 1 teams (K-State in Austin, OSU in Stillwater).

Project that performance record across the team's first 10 games and Texas' season storyline is entirely different: 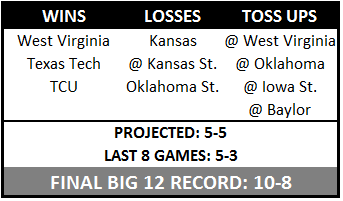 If a Kabongo-led Texas splits its four toss-ups, it comfortably gets to 5-5, and I don't think it's at all a stretch to imagine Texas going 6-4, or with a little luck 7-3, even. In other words, had we not gotten jobbed on Kabongo, we'd be excitedly talking about the NCAA Tournament field right now, same as we have each of the previous 14 seasons.

Instead, we need the equivalent of a buzzer beater. Like I said: frustrating.

Nevertheless, it ain't over 'til it's over, so let's channel our inner Bill Snyder and see if we can go 1-0 tonight against TCU. And then 1-0 again tomorrow against K-State. And 1-0 again on Friday and on Saturday.