Someone thinks Mack Brown is due for a turnaround. [Scout]

The Texas-Texas Tech game on Thanksgiving will air on Fox. [Dallas Morning News]

Bill Powers and the Commission of 125. [Daily Texan]

In case you missed all of this, here is a timeline of the Perry BOR-Powers rift. [Texas Tribune]

Gary Patterson wants TCU to be the Metroplex's team. [ESPN]

You have been warned. The article referenced is by Clay Travis so you know it is crap. [Dallas Morning News]

Arlington is getting ready for the Final Four. [Big 12 Sports]

Some news you can actually use

New Orleans has a soup that cures a hangover. [The Atlantic]

Enjoy the alcohol because we are all going to die soon. [KVUE]

We're a bunch of hipster racists. This whole North Korea-Austin aggression stuff is all Alamo Draft House's fault. [The AWL] 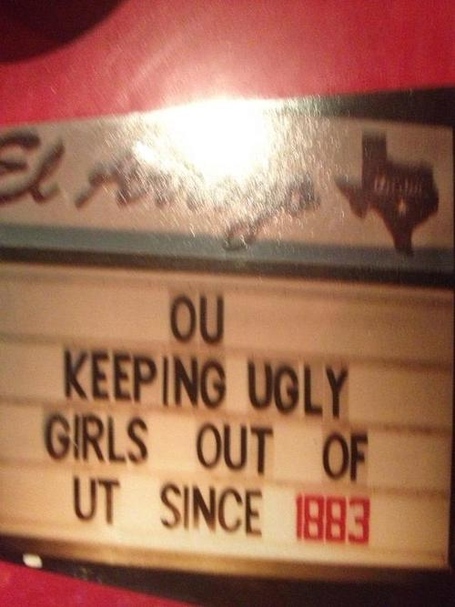 Thanks to Longhorn Humor for the image.