Five Things I Liked, Didn't Like About Texas' 31-21 Win Over K-State

The Longhorns gave fans some things to celebrate. And some reasons to remain concerned.

I'm not sure this kind of balanced take is even possible after a loss (was there anything to like about the way Texas got pantsed in Provo?), but since we're all in an optimistic mood following the Longhorns' first victory over Kansas State in forever, let's do this while we can. A handful of my observations are below, but neither list is anywhere close to comprehensive, so please, weigh in with your own likes/concerns in the comments below. 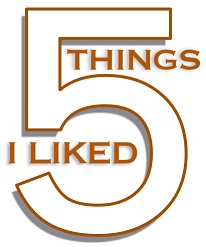 1.  No quit. As we saw in 2010, and to lesser degrees down the backstretch of both 2011 and '12, these tumultuous losses are prone to become full-fledged nose dives, and as miserable as were Texas' losses to BYU and Ole Miss, there was no question that Austin would have gone nuclear had Mack dropped a sixth straight game to Kansas State.

But after having their toughness and basic competency challenged both locally and nationally, this Texas team responded by playing hard for four quarters. They played with pride, and while the fans may be ready for Mack Brown to move on, it was good to see that the kids haven't quit on their coach. I also liked seeing upperclassmen like Jordan Hicks, Jackson Jeffcoat, and Carrington Byndom set the tone with their play, their effort, and their leadership.  To be sure, effort and discipline can't cure all that ails this football team, but it's enough to enable the Longhorns to take care of business at home against a second-class opponent. Which is why we're finally back in the win column against Kansas State.

2.  The blocking.  Nowhere was the improved effort and execution more evident than in Texas' blocking last night. Donald Hawkins and Trey Hopkins led the way anchoring what was a strong overall performance by the Texas offensive line, Marcus Johnson showed why he's a gamer who I compared before the season to Quan Cosby, Geoff Swaim showed off his remarkable versatility, and Johnathan Gray (who has really struggled as a blocker in pass protection) decided he'd had enough with the weak blocks at the ankles and absolutely lit up two Wildcat rushers. Great stuff all around, in an area where Texas has been bafflingly deficient for going on five years.

3. My Guys. It was a great night for my selections for this year's "My Guys" breakout players draft. On the defensive side of the ball, Malcom Brown was phenomenal anchoring the interior of the line, while Cedric Reed picked up a sack and forced a fumble to continue his strong play to start the season. Meanwhile on offense, you may recall that I cheated a bit and selected both Kendall Sanders and Marcus Johnson in one pick, and my explanation about why I thought both guys would grab fans' attention this season was on full display on Saturday night against K-State:

And then there's Tyrone Swoopes... He still hasn't seen the field yet this season, but with David Ash's concussion issues -- which kept him out of the second half against the Wildcats and could easily wind up an issue that sidelines him for much or all of the remainder of the year -- the odds of Swoopes' redshirting are dwindling fast. Frankly, given the very real possibility that Ash is a no-go for OU (and the danger of him getting knocked out of the game even if he plays), the coaches need to get Swoopes going ASAP. If Ash doesn't play in Ames in two weeks --and I don't expect he will -- Swoopes needs to be sharing snaps with Case McCoy as an integral part of the Longhorns' offensive game plan.

4.  Defensive discipline.  Some of the most pleasing plays of the game on Saturday night were anything but spectacular -- they weren't explosive or exciting, or the types of plays you'd expect to find on a highlight video.  They were just... solid. The proper result of a proper defense executing proper assignments. (Although he wasn't even there, Saturday night made Manny Diaz look bad.) Not that this defense is suddenly a world-beater, but they cleared the "basic core competency" threshold this week, which... well, it's better than the alternative.

5.  Improved special teams.  Like most everything else the past few seasons, Texas' special teams -- an area of the game where for most of his Texas career Mack Brown had done a terrific job utilizing to meaningful advantage -- slipped the past few seasons. Anthony Fera's not going to make anyone forget Phil Dawson on long field goal tries, but like Alex King and Justin Tucker before him, as a punter he's quietly building his case for one of the Team MVPs (unfortunately).  It'd be nice if Nick Rose, William Russ, or any one of the five place kickers on the roster besides Fera were stepping up to fill that role, but hey, we won a Rose Bowl with Dusty Mangum and the stakes look like they're a wee bit lower this time around, so I'm not going to lose too much sleep over it.

Elsewhere, we didn't break anything long returning kicks against Kansas State, but our blocking on kick returns was much better, and the long K-State return enabled by blocks-in-the-back aside, kick coverage did its job against the Wildcats, as well. And a hat tip to Mack for bringing the Bobino on a well-timed and well-executed fake punt that netted Texas a big gain and fresh set of downs, which they converted to points. 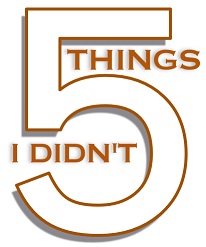 1.  Major mismanagement of Ash. It was bad enough watching David Ash get brutalized on meaningless snaps in the 4th quarter of our blowout loss to BYU. After that fiasco, it was almost unthinkable that Texas wouldn't manage Ash in such a way as to minimize his chances of taking a hit that could jar his recently-concussed brain. Unfortunately, Major Applewhite did not get that memo, and Ash was knocked out for the game by halftime. And as mentioned above, it's not at all unthinkable that these concussions wind up costing David Ash most or all of the rest of this season.

It's been clear since the Alamo Bowl that Major (wisely, to a point) is interested in utilizing the advantages that accompany rushes from the QB position to help open up the offense, and while Ash's concussion presented an obvious problem for carrying out such an approach, I was particularly frustrated and disappointed on Saturday night because of the equally obvious solution that the Texas coaching staff declined to embrace: that would be Mr. Swoopes, of course. Not only is he a mobile quarterback who Texas can use in a variety of ways to keep a defense honest, but considering how firmly Case McCoy's limitations establish his ceiling, the rationale for not playing Swoopes is... what, exactly? Is he likely to take true freshman lumps and have to endure some serious struggles?  Certainly. All things considered, is that any reason not to get the guy with more upside on the field?  Any reason not to get him as many snaps as possible before, you know, the one game that matters more than any other by an order of magnitude?  Any reason not to give the Stoops brothers something extra to have to spend practice time preparing for? Any reason to call on a recently-concussed David Ash to run the ball from the QB position?

2. Jordan Hicks. There's no one to blame here except Lady Luck, who rudely intervened to cut Jordan Hicks' season short once more. I feel for the kid, and hope he's able to bounce back. Tough, tough break for Jordan individually, and for a defense without much margin for error to begin with.  Hicks' season comes to an end after 4 games and a team-high 41 tackles. Best to Jordan for a full, fast recovery.

3.  So-so safeties. Mykke Thompson and Adrian Phillips showed some improvement against Kansas State, but both remain underwhelming players at positions that are not only critically important, but which the Longhorns have manned as well as any team in the country over the last 15 years. To be fair, none of these guys have been put in a position to succeed, which definitely blurs the picture, but watching both players on Saturday night just left me uninspired. Consider this more a personal perspective than a weighty criticism.

4.  The officiating. Both teams had their fair share to complain about, although the missed calls that went against the Longhorns seemed, on the whole, to be a bit more egregious.

5.  Looking around the Big 12. And to round out the list of things that depressed me: as great as it felt to knock off Kansas State for the first time in forever (even if they weren't any good), it did nothing to change the fact that this Texas team and program still lacks an identity, and in a down year for the Big 12 could wind up an underdog to Oklahoma, Baylor, Oklahoma State, TCU, and Texas Tech, all of whom have stronger identities and program footing than does UT right now.

No wonder billionaires are running around waiving checkbooks at Nick Saban.

Next Up:  BYE WEEK

The Longhorns get a week off before heading to Ames to take on Iowa State, prior to the Red River Shootout on October 12th.