Texas won the head-to-head recruiting battle vs. Texas A&M in 2016

Since the commitment of Malik Jefferson, the Horns have out-battled the Aggies by a decisive margin.

Share All sharing options for: Texas won the head-to-head recruiting battle vs. Texas A&M in 2016

The decision of Texas Longhorns defensive line coach Brick Haley to remain in Austin instead of joining his longtime colleague and friend John Chavis and the Texas A&M Aggies was the final chapter in the heated recruiting battles of the 2016 class between the former conference rivals. Not including Haley's decision, the Longhorns finished with a 10-8 victory in head-to-head battles in the 2016 class. 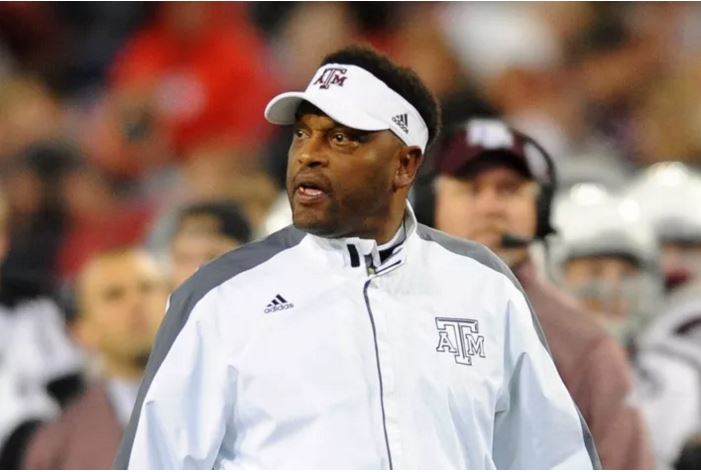 But since recruiting doesn't happen in a vacuum, the larger narrative is one of increasing Texas momentum as Texas A&M struggles to recover from the impact of letting Johnny Manziel run amok in College Station while losing the battle of head coach Kevin Sumlin's style versus Texas head coach Charlie Strong's substance.

Author Malcolm Gladwell describes the tipping point as "the moment of critical mass, the the threshold, the boiling point." In the attempt to take back the state from Sumlin and the Aggies, the tipping point for Strong and the Longhorns came on December 18, 2014, when the state's No. 1 prospect, Mesquite Poteet linebacker Malik Jefferson, committed to Texas.

Let's flash back a bit further -- on June 19 of that year, Texas A&M held a decisive 10-2 lead in head-to-head recruiting battles against the Texas Longhorns. By the end of the 2015 cycle, the Horns had closed with a 5-1 finish made possible by Jefferson's decision (not including Kyler Murray's decision to stick with the Aggies).

So in a year and a half, driven by that tipping point and augmented by Strong's ability to build relationships with prospects and their parents, Texas has now won 15 of the last 24 head-to-head battles against Texas A&M without the benefit of any sustained success on the football field.

Here's the breakdown from 2016 (all rankings courtesy of the 247Sports Composite):

So not only did Texas win the battle in quantity, Strong was able to land prospects of a much higher caliber -- nine four-star prospects compared to four for Texas A&M, an extra half star on average per prospect, and difference in more than three points in the overall ratings. The latter represents the gap between the No. 166 player nationally in the 247Sports Composite rankings and the No. 325 player nationally.

At the positional level, the Horns were able to land three key defensive tackle targets who also held offers from the Aggies, while A&M wasn't able to secure a single defensive tackle in the entire class. At rush linebacker, Strong was able to secure two big commitments as Sumlin lost out on Mark Jackson to Oklahoma and now has to deal with the felony robbery charge recently filed against Robinson, who may never make it to College Station as a result.

So the Horns were able to fill key needs and avoid losing any players to the Aggies at major positions of need, with the possible exception of Justin Madubuike. However, when considering the late rise of Andrew Fitzgerald and significant upside of Malcolm Roach, losing Madubuike stings much less.

Looking at the timing of the offers from both schools is also telling of how things went down the stretch -- A&M entered the recruitments of all the Texas signees at an early point, but the Horns waited to begin seriously pursuing Oliver, Robinson, and McCollum until late in the process. In fact, all three were already committed to Sumlin when they received their respective offers from the Longhorns.

In looking at the "even" recruitments, then -- classified as those in which both schools offered the prospects before a final commitment -- Strong won the head-to-head battle 10-5, a major margin of victory, especially when compared to where the Horns were in June of 2014. In fact, the last eight recruits to make a final decision between the two schools opted for Texas, even after the 5-7 season.

The state of Texas is open enough that saying one school runs it right now seems like an overreach, but it's clear that the Aggies haven't run it since Jefferson made his decision to key the Longhorns' resurgence that continued into the 2016 cycle and culminated in the massive National Signing Day for Strong that left the Aggies searching desperately for answers.