Texas baseball will finish the weekend in the NCAA tournament or tied for the most losses in school history. This should be interesting.

In the past week, Texas Longhorns baseball secured its second 30-loss season in history, clinched a Big 12 Tournament berth, and became the only team in the conference to not put a player on the All-Big 12 first team. Oh, and news broke that their underage shortstop, Joe Baker, was arrested for public intoxication on May 12th.

Needless to say, the recent circumstances have not been ideal for a less than ideal season, but there is still life. By the end of this weekend, Texas will either have tied their record for most season losses in history, or they will repeat 2015 and find themselves in the NCAA Tournament. The former is more likely, but nothing is certain in baseball. 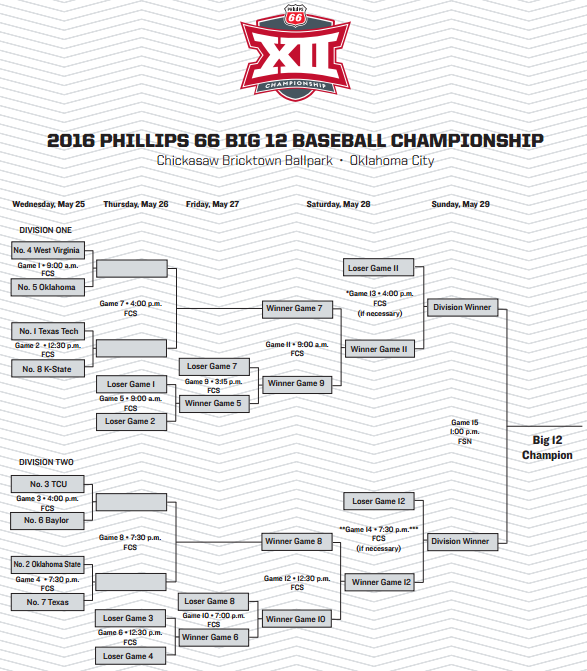 Texas will play Oklahoma State in the last game of the night at 7:30 CST. It’s probably the worst draw Texas could’ve had because Oklahoma State still has much to play for. A deep conference tournament run may help the 16th-ranked Cowboys host a regional, so they will surely not be apathetic to tonight’s game. The Cowboys are coming off of a sweep against Kansas, and their 16-8 conference record was good for second place in the Big 12.

Thankfully, the Longhorns will be spared having to face back-to-back Big 12 Pitcher of the Year Thomas Hatch (he went 7.2 innings five days ago). However, even though Texas will go against third option Trey Cobb, he still has a 3.96 conference ERA, better than any Texas pitcher. Cobb didn't give up a run in the 4.1 innings he pitched against Texas on May 1st.

Oklahoma State was the first conference team to sweep the Longhorns, and all three of their wins over Texas were by at least three runs. The Cowboys’ drubbing of the Longhorns was what ended any hope of an at-large bid for Augie’s team, and then lost nine of the next 10 games in May. Under the lights in Oklahoma City, the Longhorns will seek revenge against the team that put the nail in their regular-season coffin.

Texas will need to wake themselves up from the dead. After having five hitters batting over .300 less than a month ago, the Longhorns now have none. Tres Barrera has hit for only a .105 average in the last five games, going 2-19. In Joe Baker’s last five games, he has gone 0-16. Maybe these guys will have to return to form, or maybe someone new will have to step up. Michael Cantu, who has struggled all season, has gone 6-14 at the plate this month.

The offensive slump has killed Texas because the team doesn’t make up for anemic hitting in other aspects of the game. For example, Texas is disappointingly average at pitching -- the team’s 4.82 conference ERA is exactly the same as their conference opponents' ERA. To go deep in the tourney, Augie’s squad will need more than just a solid performance from Ty Culbreth.

Kyle Johnston will need to hit the strike zone more, and Morgan Cooper will need to finish off batters when he’s ahead in the count. Furthermore, Texas’ young relievers -- Chase Shugart, Connor Mayes, Beau Ridgeway, Nolan Kingham -- all need to be strong. There’s little margin for error because the Longhorns literally give up enough as it is. Texas has 74 errors, which is 20 more than their opponents.

So, this is it. The tournament is double elimination, so Texas will take on either TCU or Baylor tomorrow regardless of what happens. Big questions still loom even if Texas is successful in the tournament. It's frightening that the Longhorns fully began to look incompetent only when their at-large chances were erased. Would a strong Big 12 tournament show that Texas baseball is back, or that Augie Garrido lost his team in the regular season?

You can't help but feel like tonight is the beginning of something new, or a mercy ending. The game will be on the FOX College Sports (FCS) channel at 7:30 CST, or you can listen at 104.9 The Horn. This is your open thread.